At my first year at the University my parents decided to motivate me with a gift trip (oh, they know me so well), and  said to me if I pass all the exams in the June they will sent me wherever I want for a summer holiday. What a deal, right? I accepted it of course. Until that year I usually spent my summer holidays in Montenegro or in Greece and when I finished my first year successfully, I chose to go with my friend N this time to → Malta. 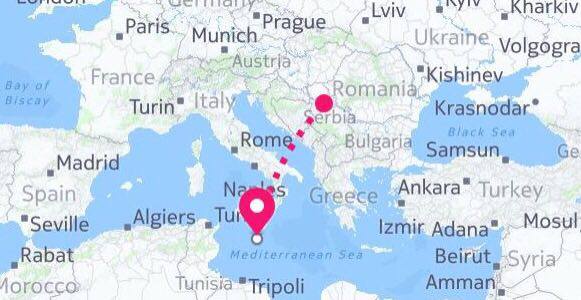 We went there in July, back in 2008, and I was so excited because before that I only flew once somewhere by plane and it was years and years before. Such fun from the very beginning.

Malta is an island located in the Mediterranean Sea. The country cover just over 316 km2  and is one of the world’s smallest and most densely populated countries. Although Malta is an archipelago, only the three largest islands – Malta, Gozo and Comino – are inhabited. Malta has two official languages – Maltese and English.

We stayed at Alexandra Palace Hotel in St. Julian’s.  The hotel has great location, it’s near the city center, bars and restaurants. I recently saw pictures on their site and it is now completely renovated and has amazing new modern look.

The view from our room was really nice, but we spent there so little time enjoying this view, because we are both sooo into exploring new places. 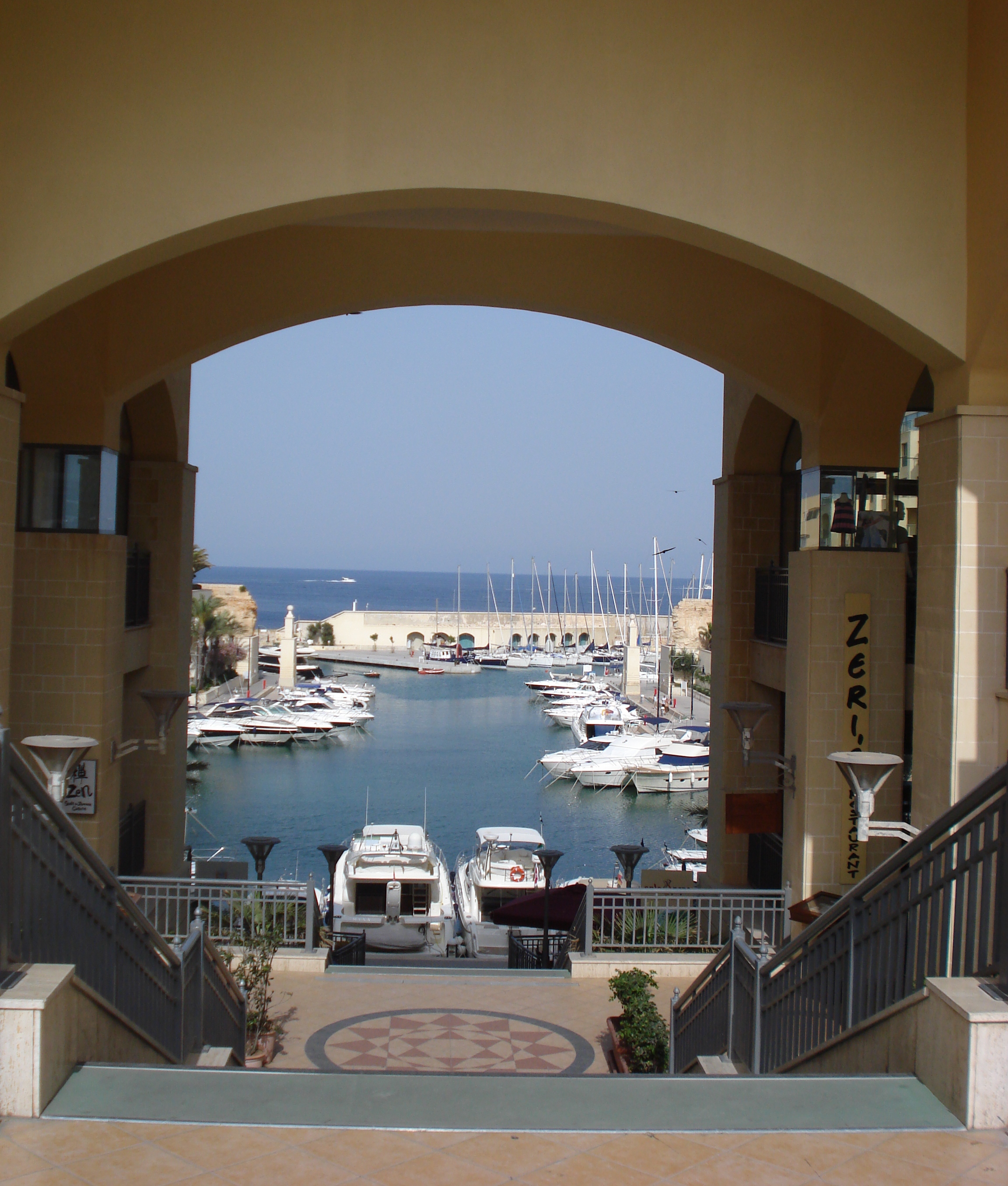 St. Julian’s is a small touristic town situated along the coast with bunch of hotels, restaurants and nightclubs. 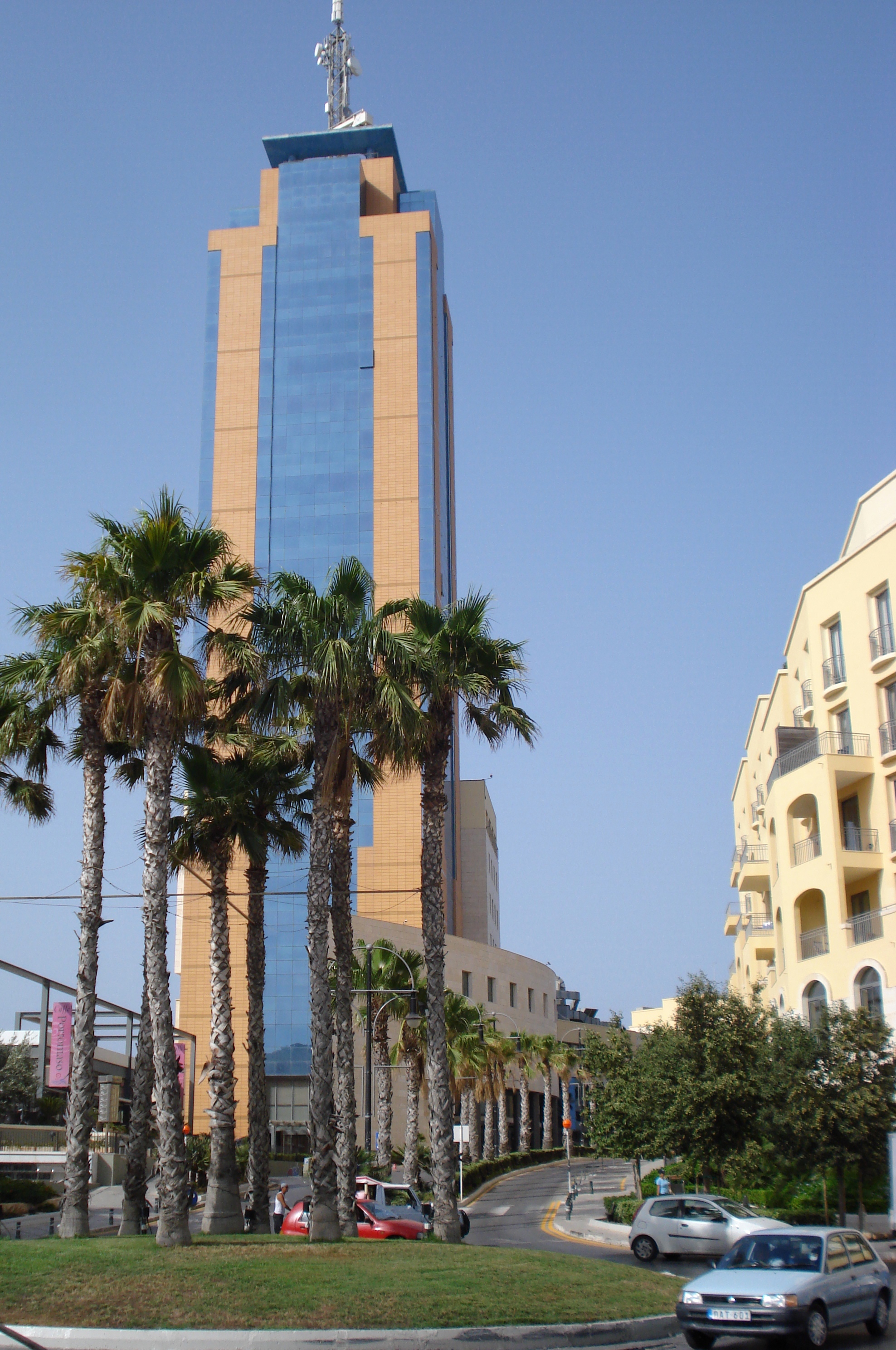 The town has only one skyscraper, the 98m tall Portomaso Tower and this Business Tower is the tallest building in Malta. 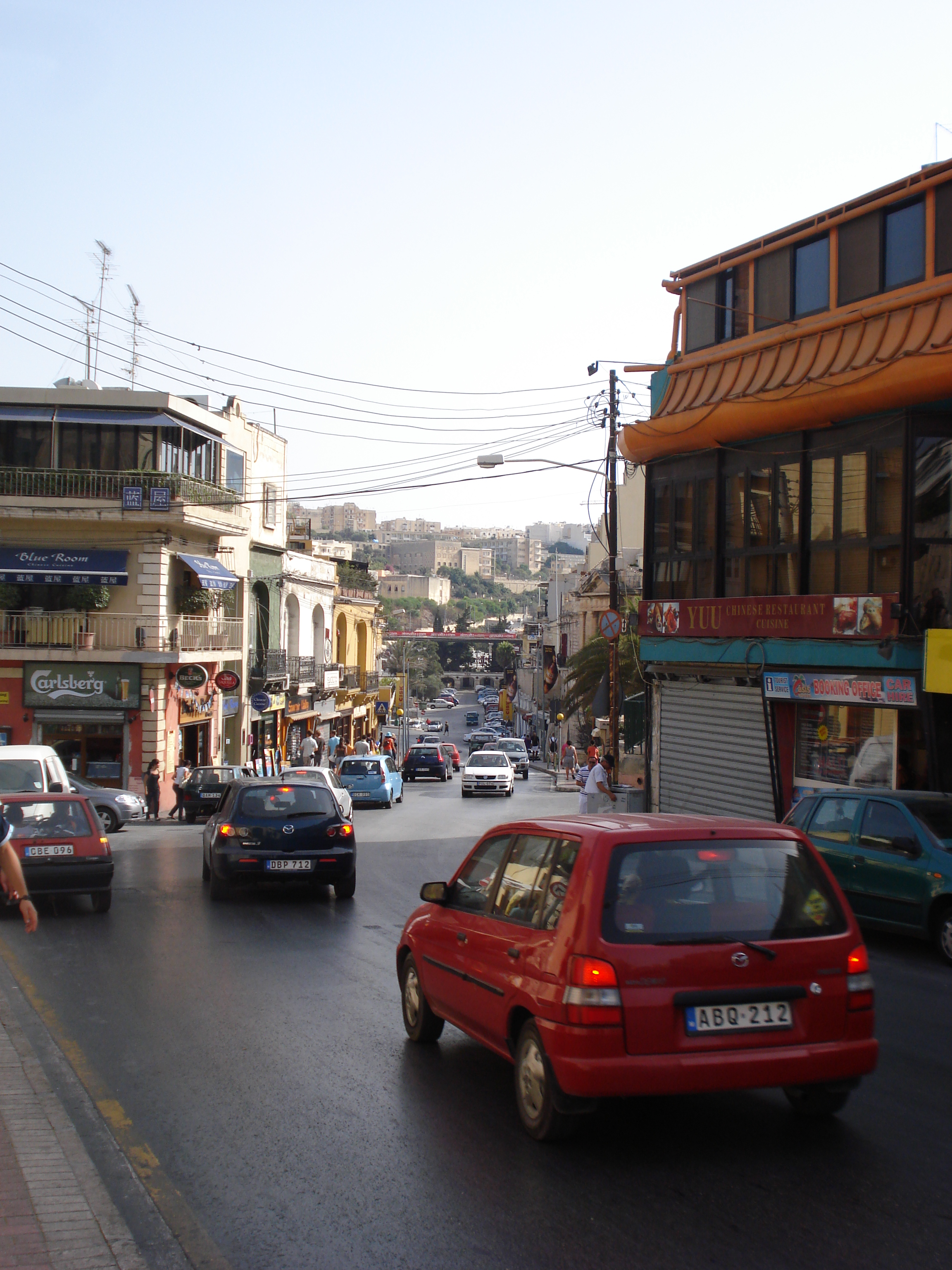 Traffic in Malta drives on the left. 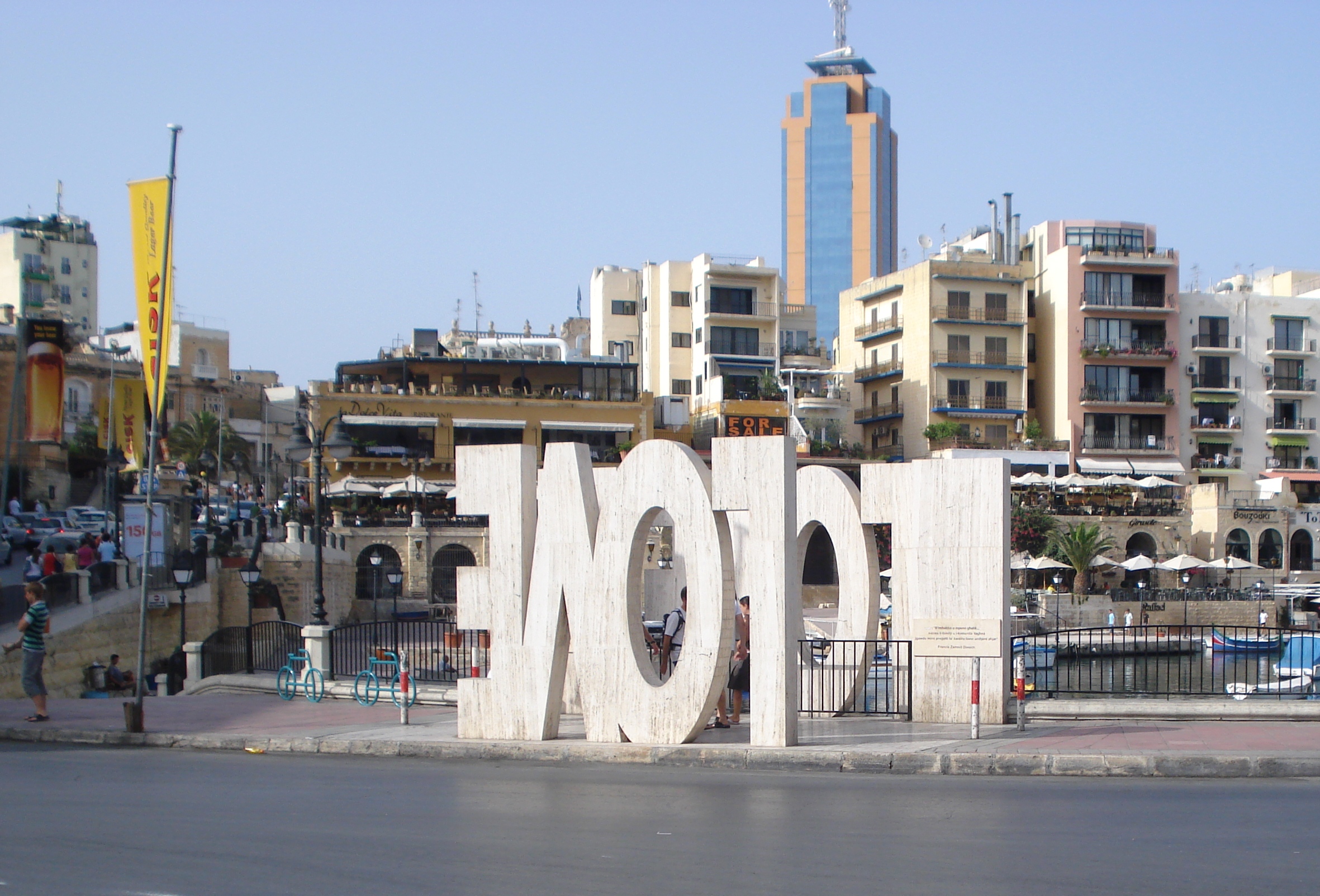 The reason of the inverted letters is for the word Love to be read upright in the water’s reflection. The water must be mirror-calm to see the reflection, so it is not visible all the time. 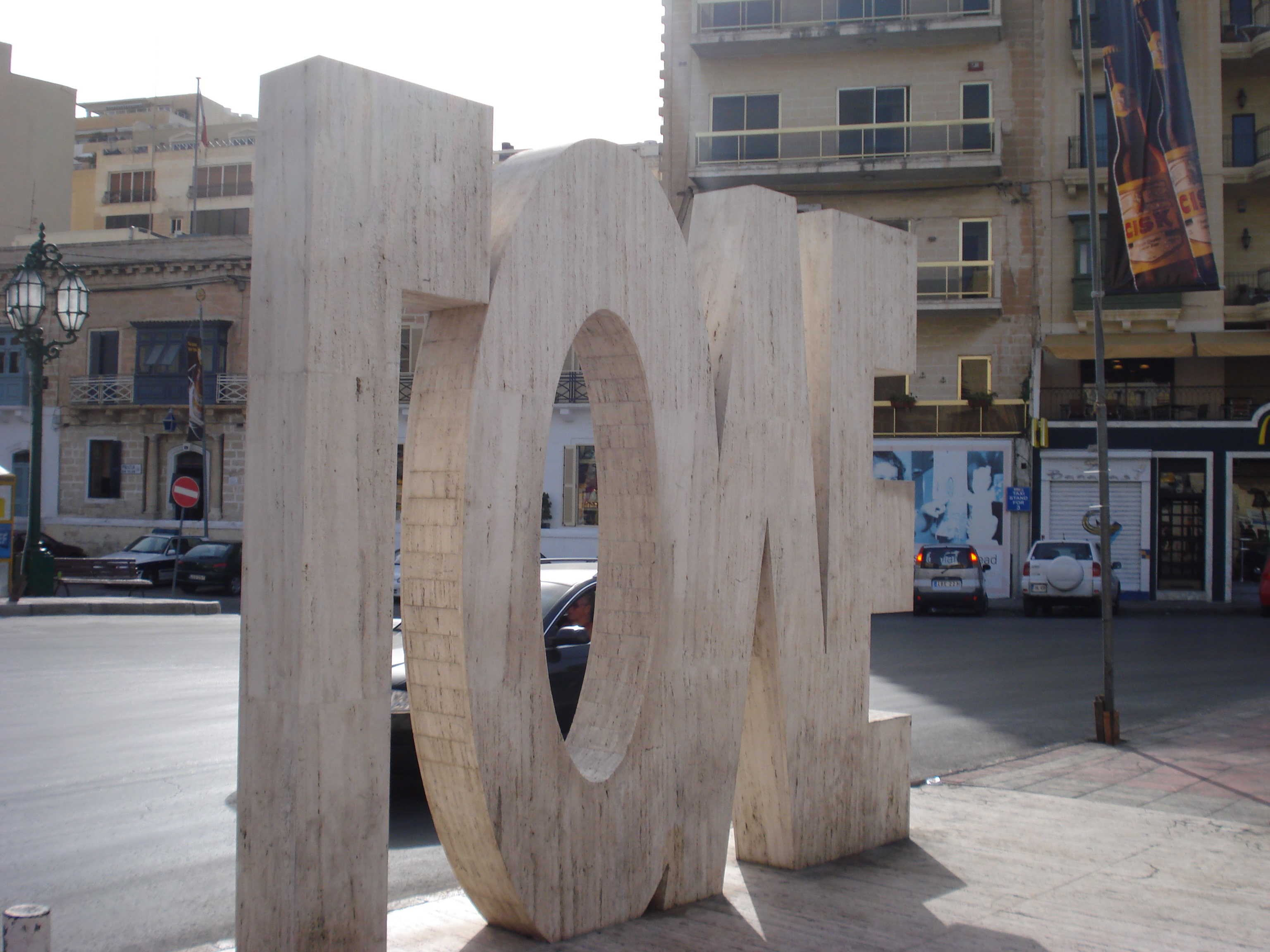 Malta is also famous for its traditional balconies. You cannot walk through the streets without noticing them. These wooden colorful balconies are something that make Malta so unique and charming. 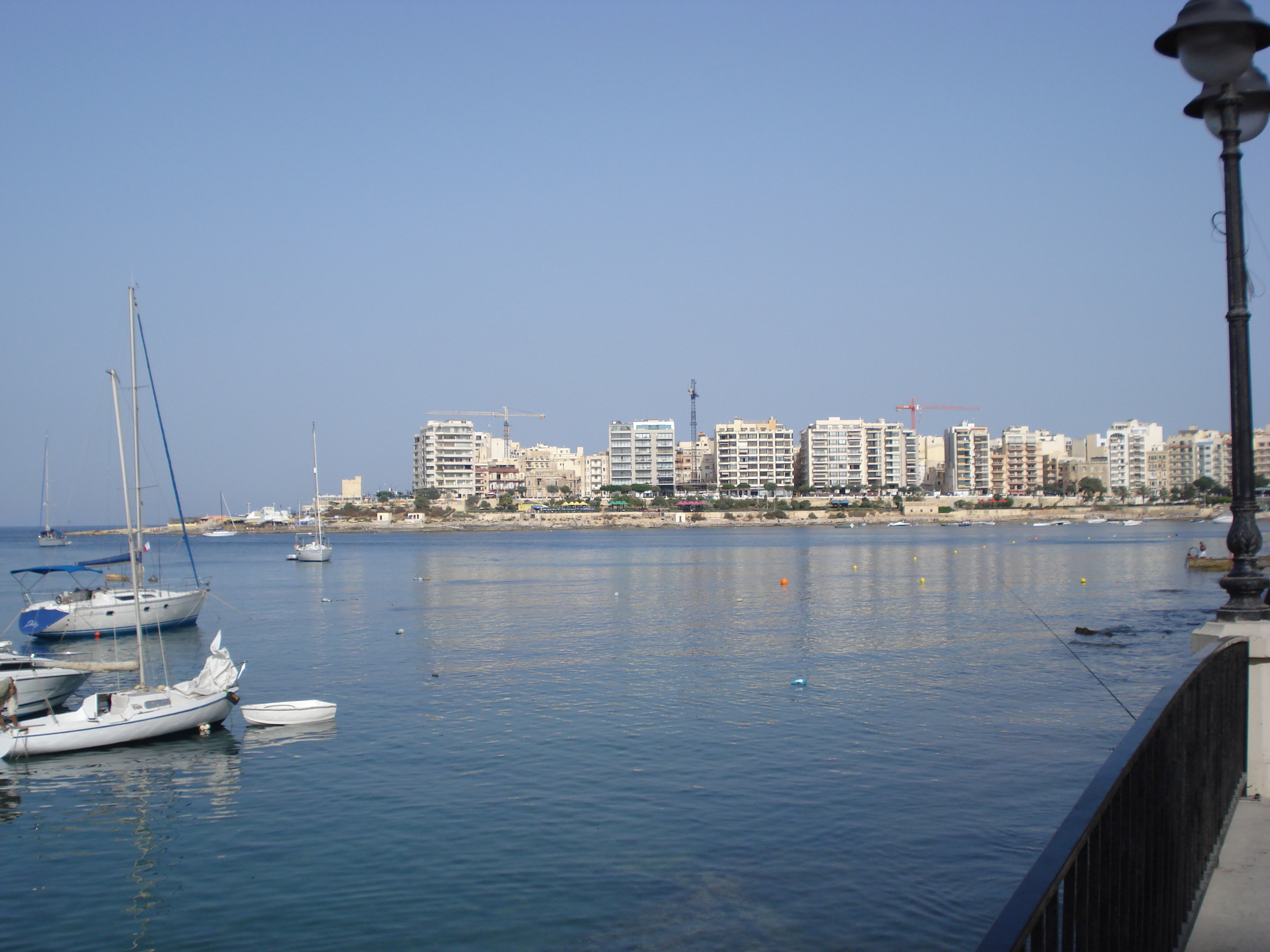 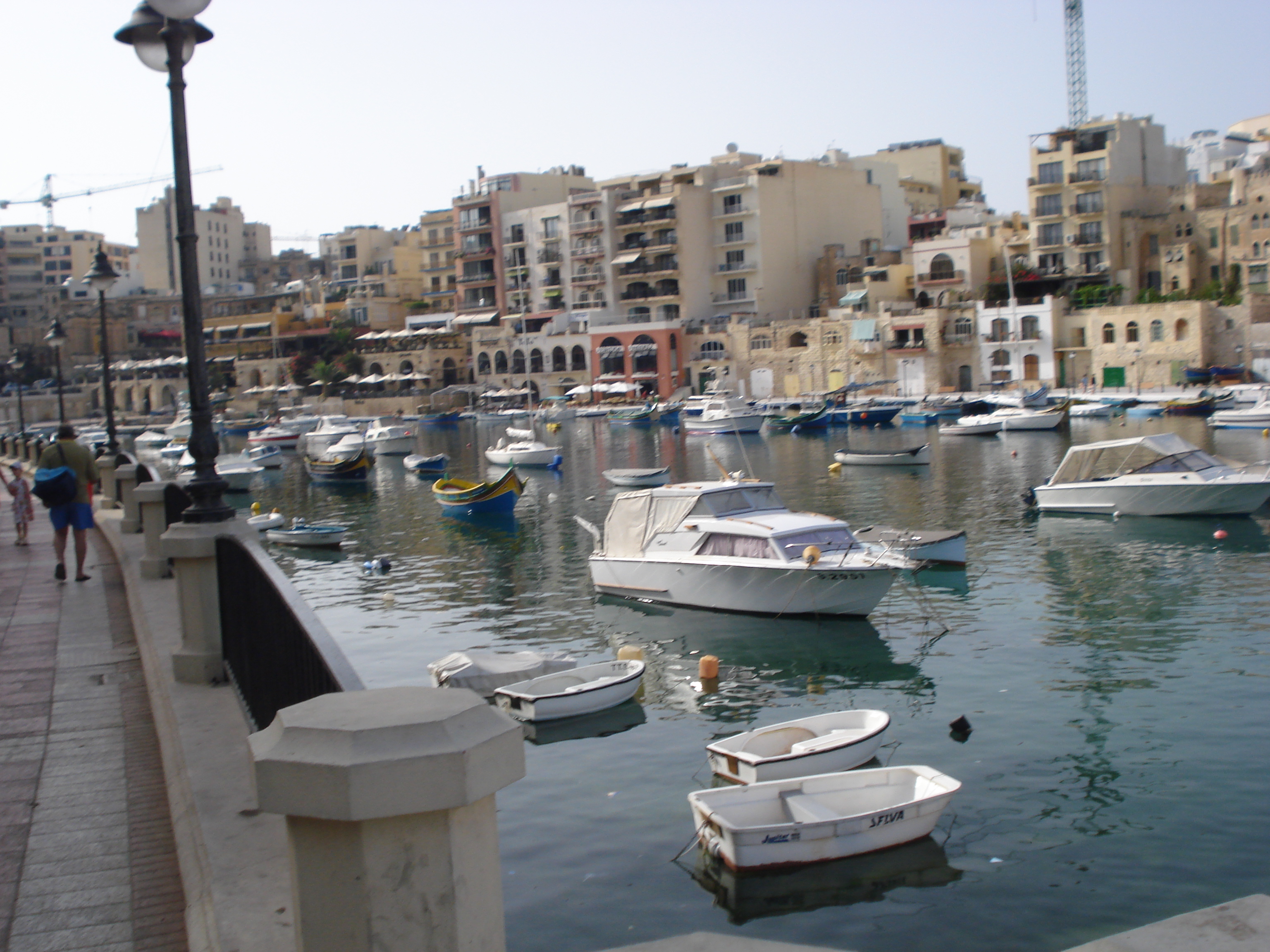 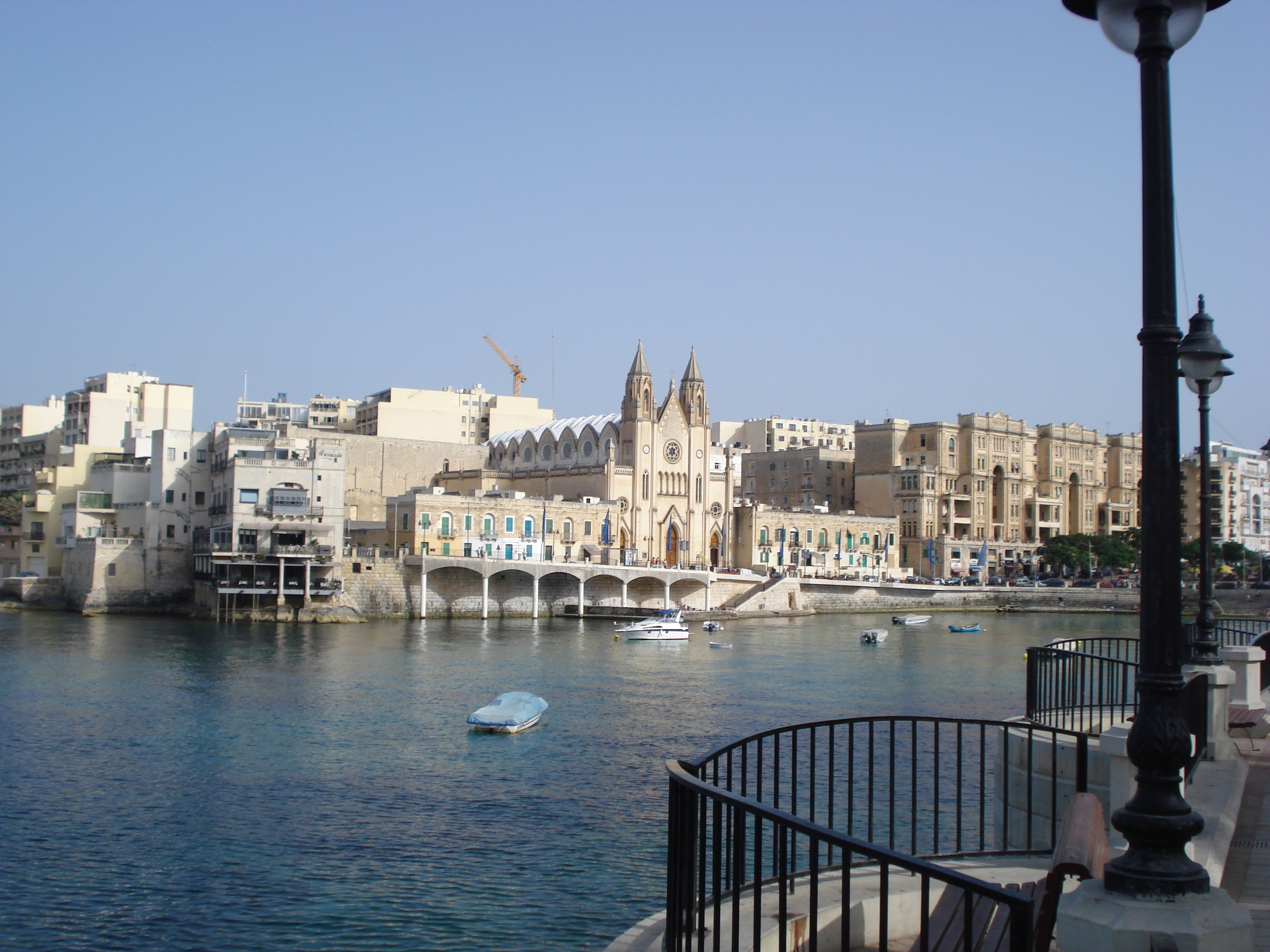 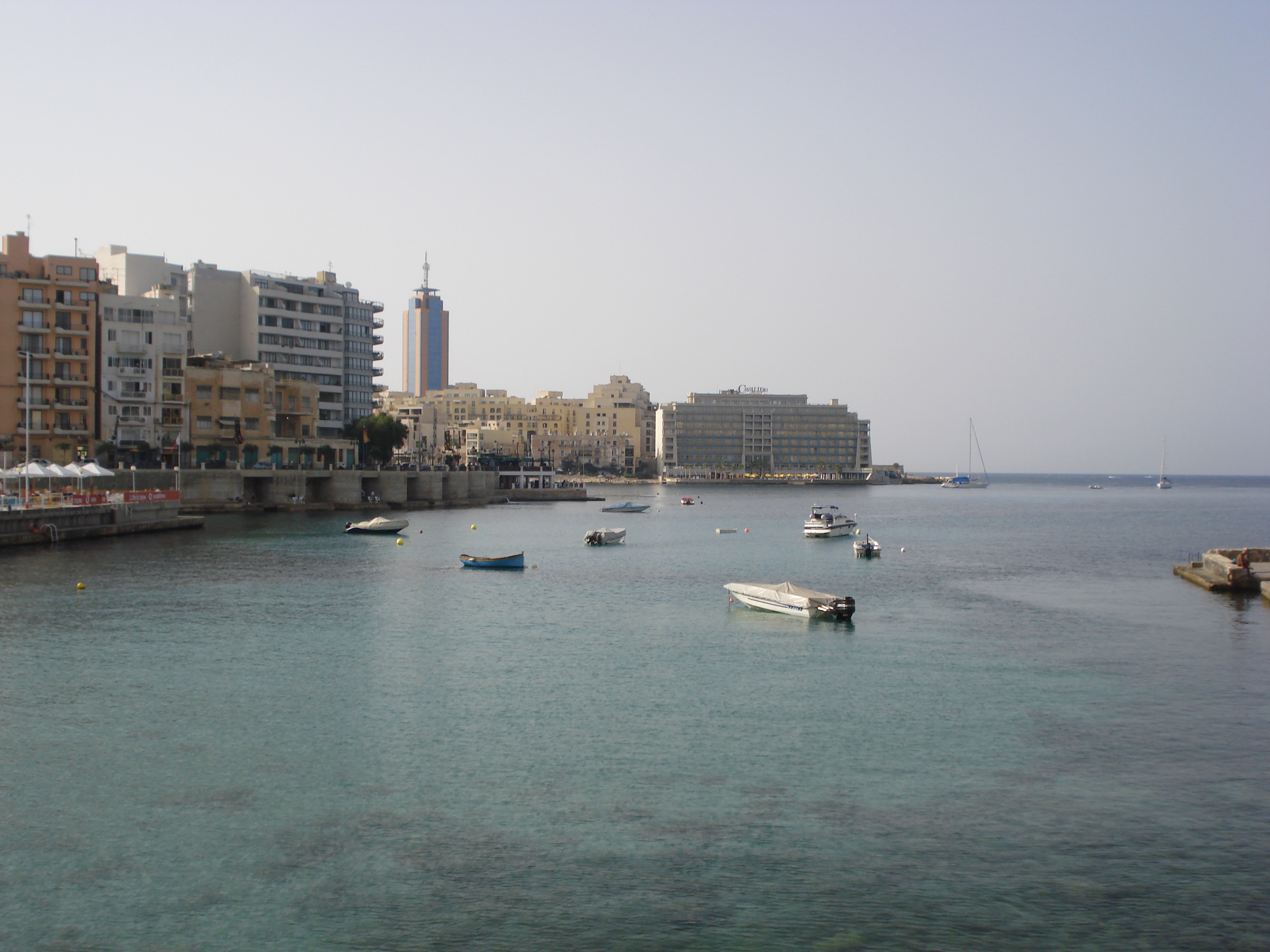 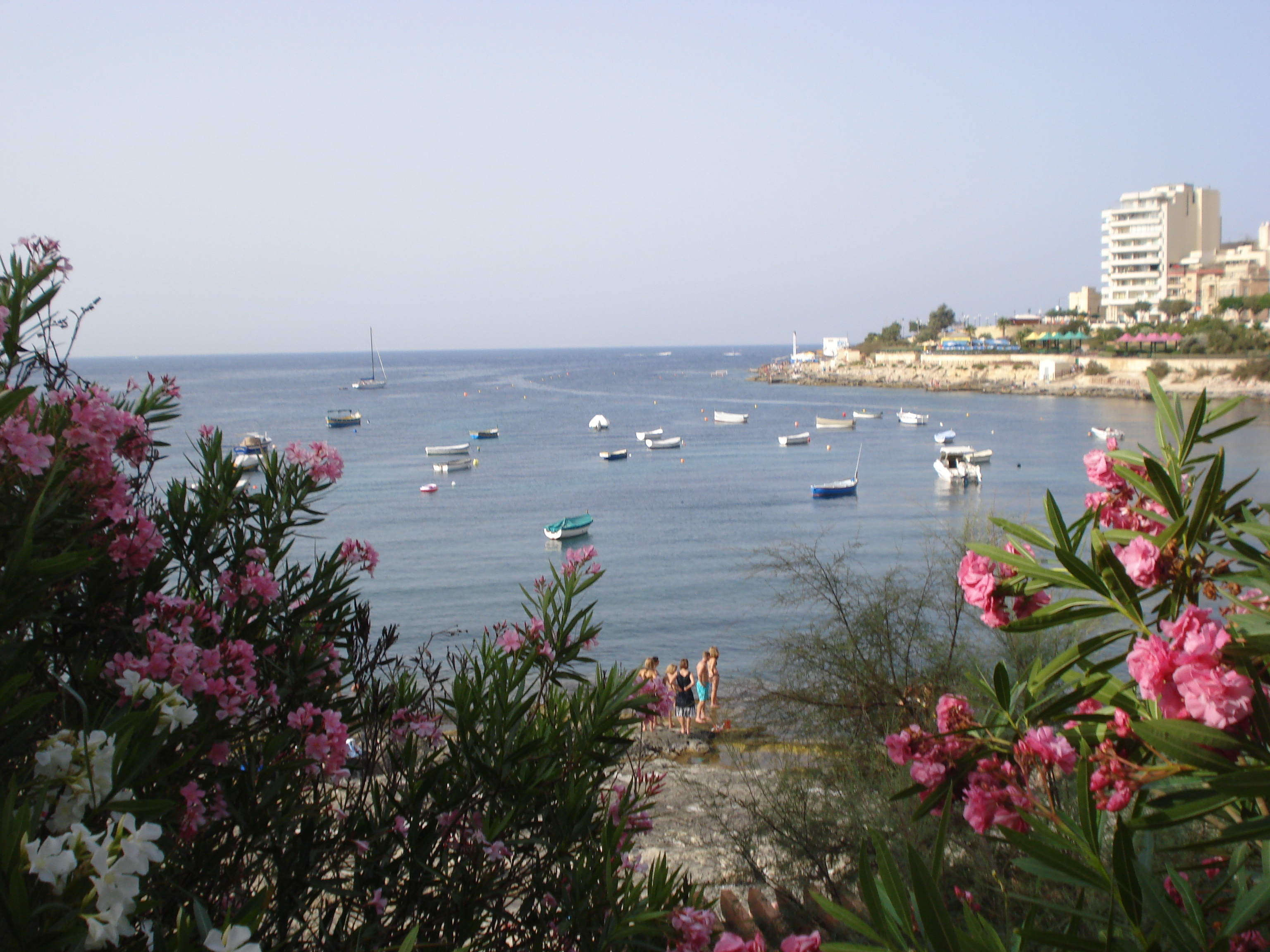 Along the waterfront promenade is a very beautiful view and you could see a lot of interesting sculptures and fountains there. 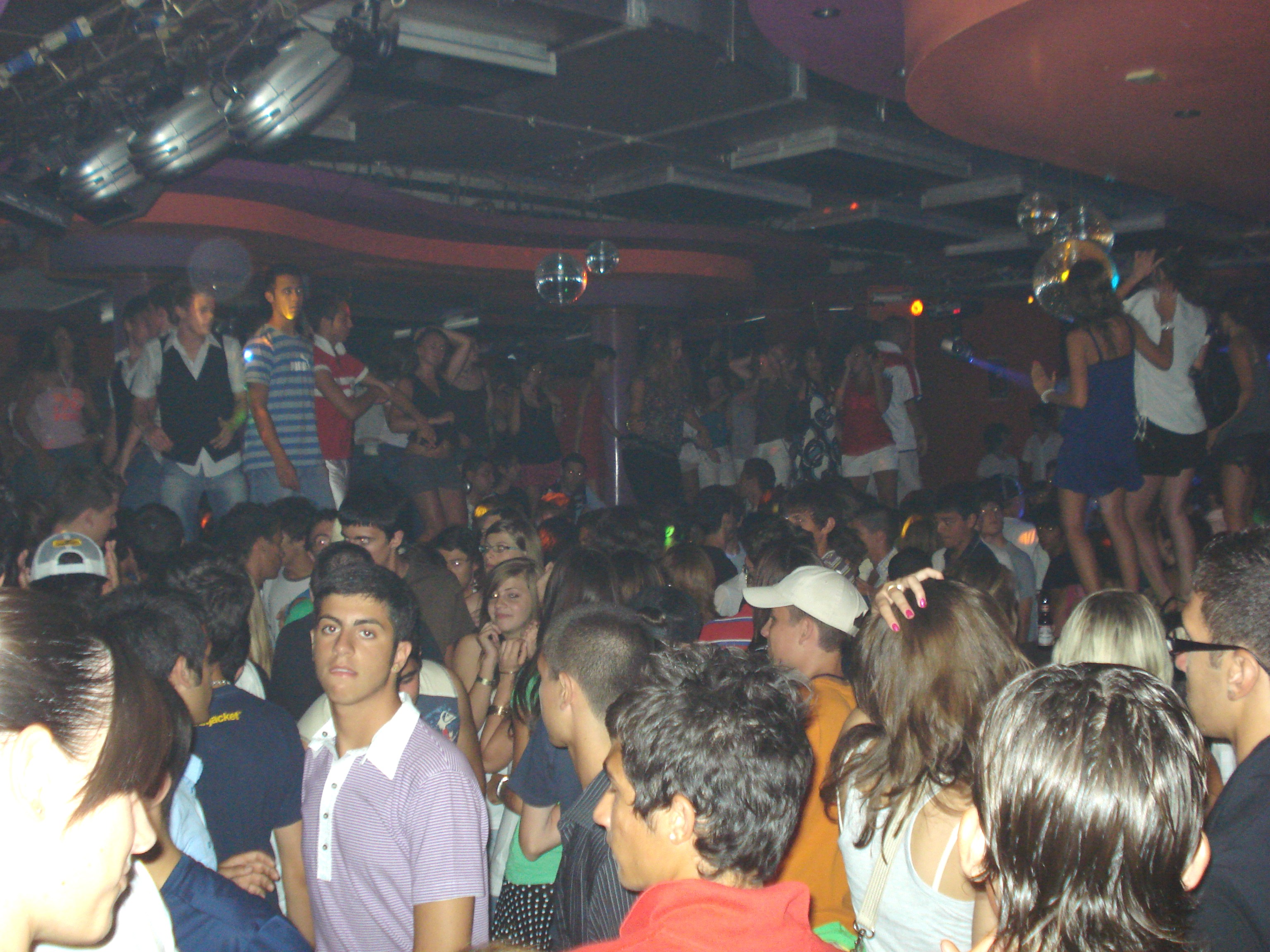 District with main Maltese nightlife is Paceville. No matter what day it is, the clubs are full of young people (mostly British). Almost all clubs and bars have free entry. 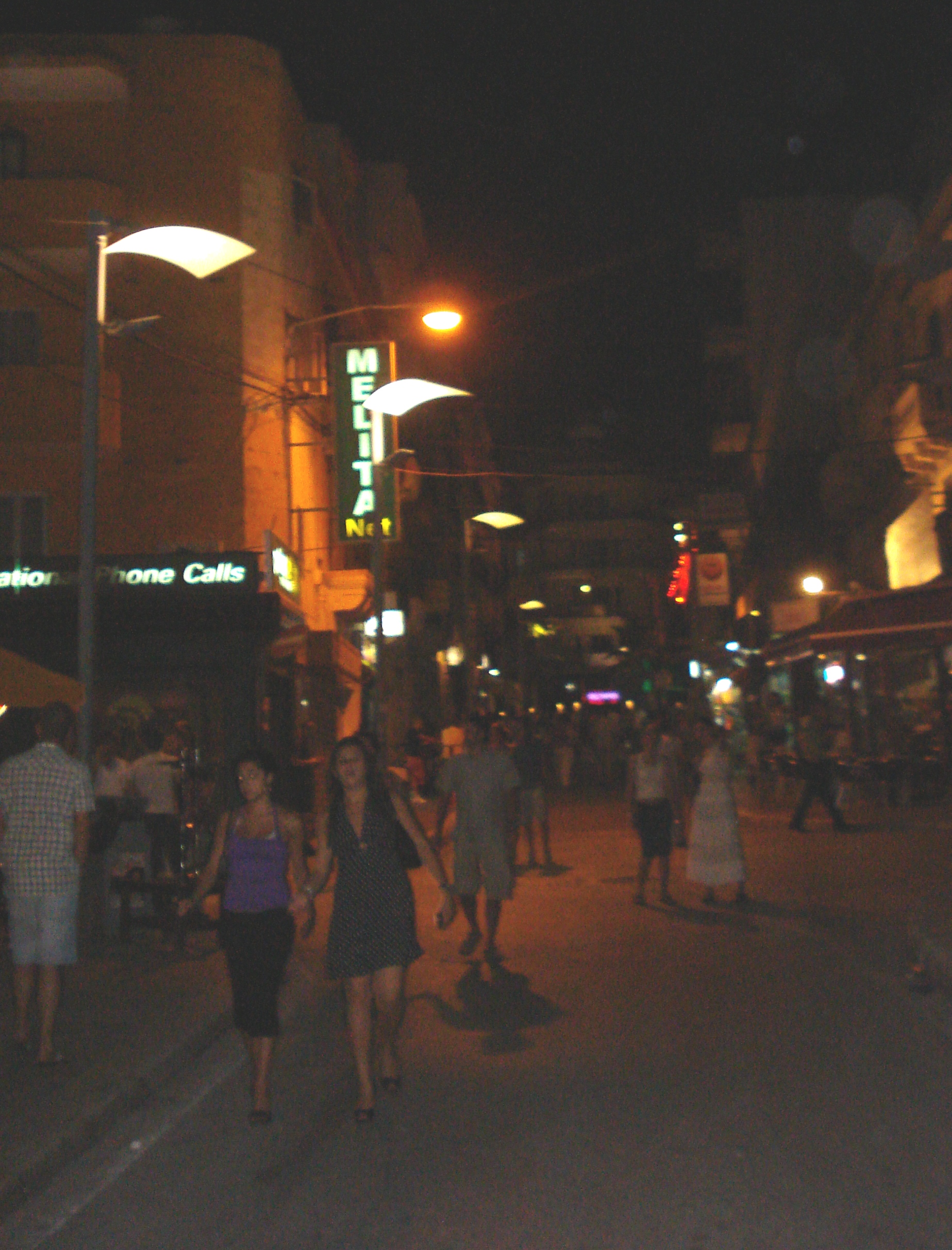 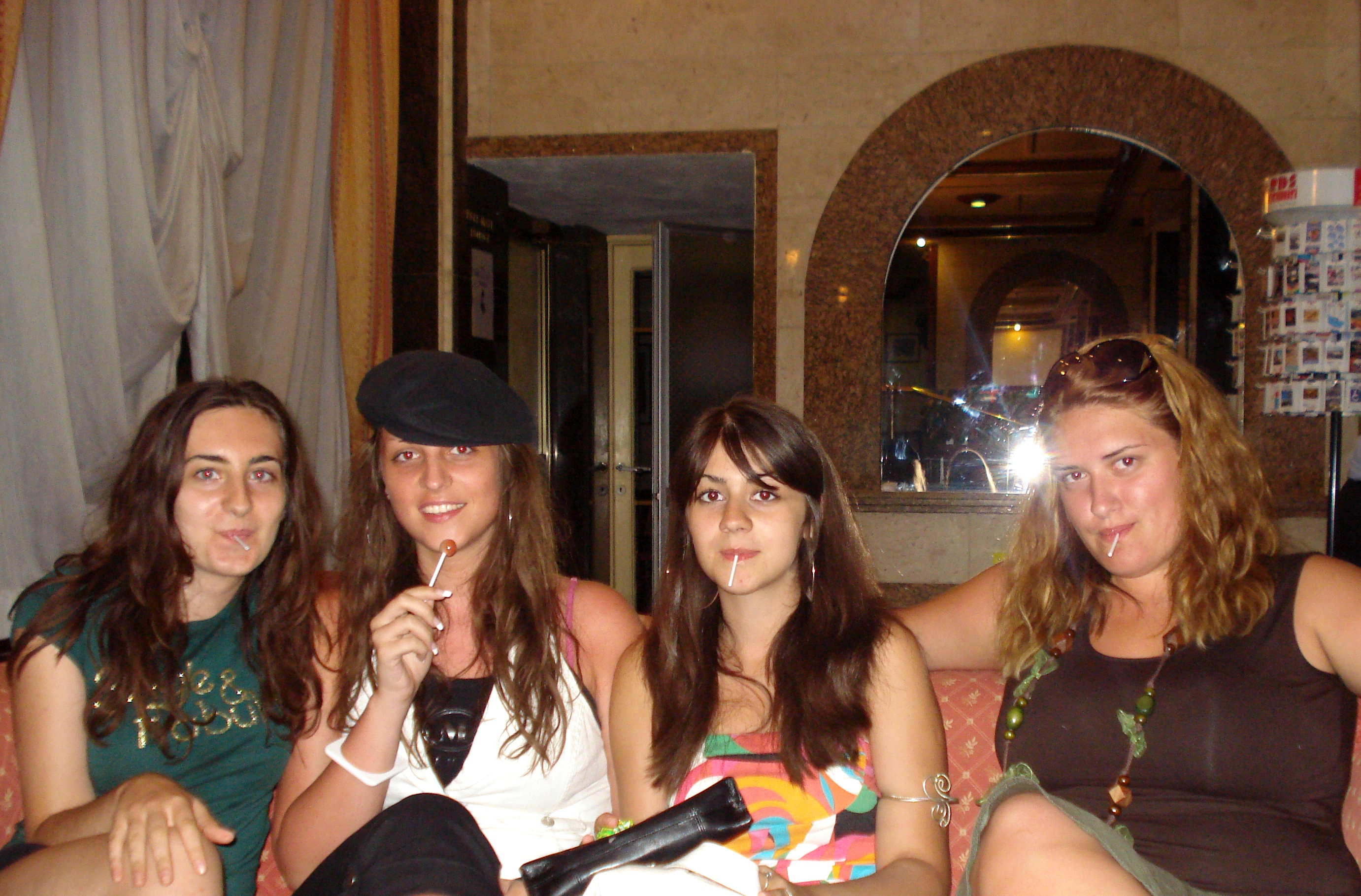 N and I met these lovely sisters from Belgrade, and we spend some fun time together there. We are still in touch with them. Making new friends while traveling is priceless. 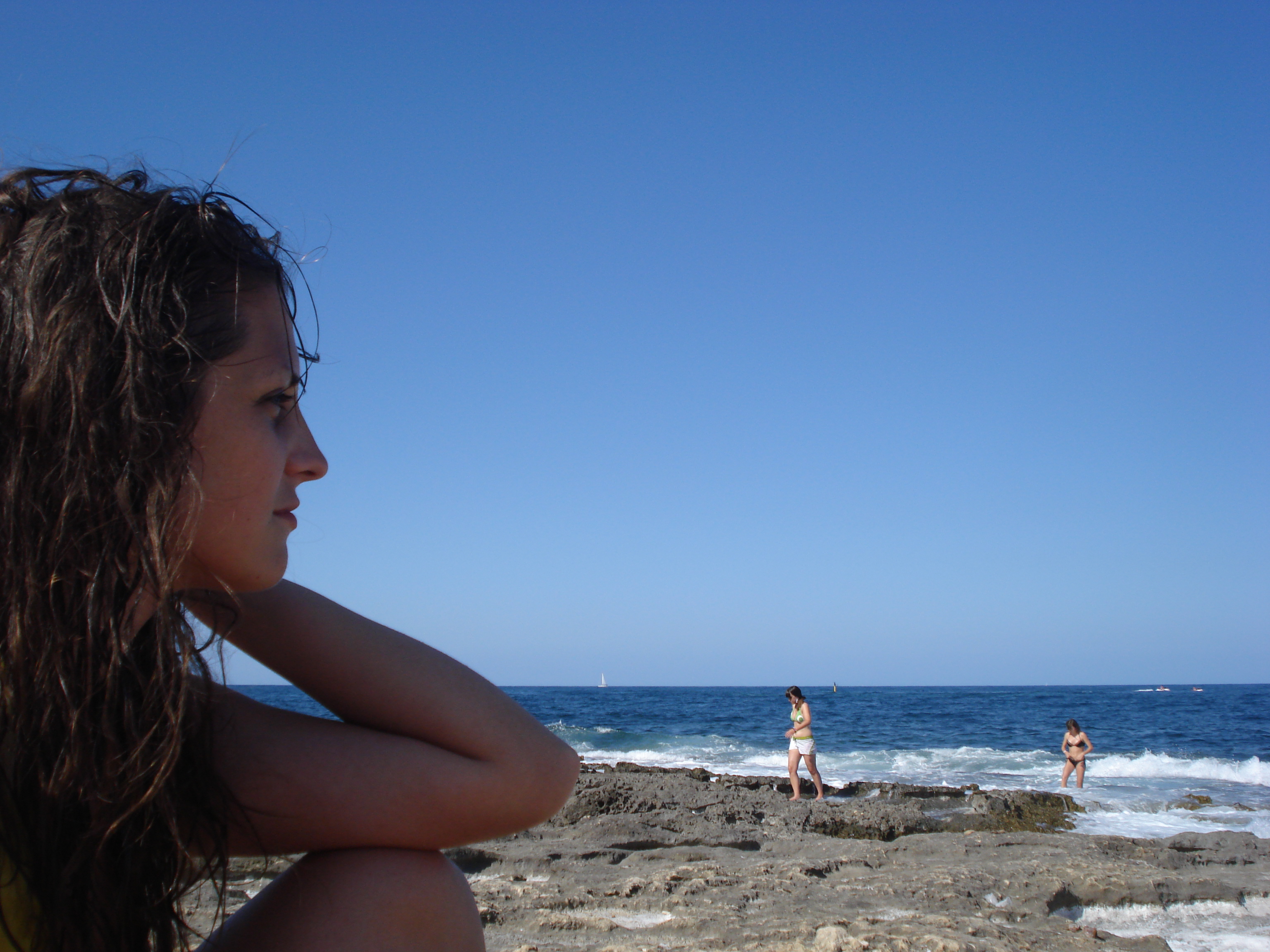 This was the nearest beach to our hotel. It’s rocky beach with the huuuge waves. We called it ‘Moon beach’ because it reminded us on the Moon surface we saw in some pictures. Let me just say, this beach is not a beach of my dreams (I prefer sandy beaches) but N adores big waves so we spend some time here too. Most of the days we were going to the other (sandy) beach by bus. 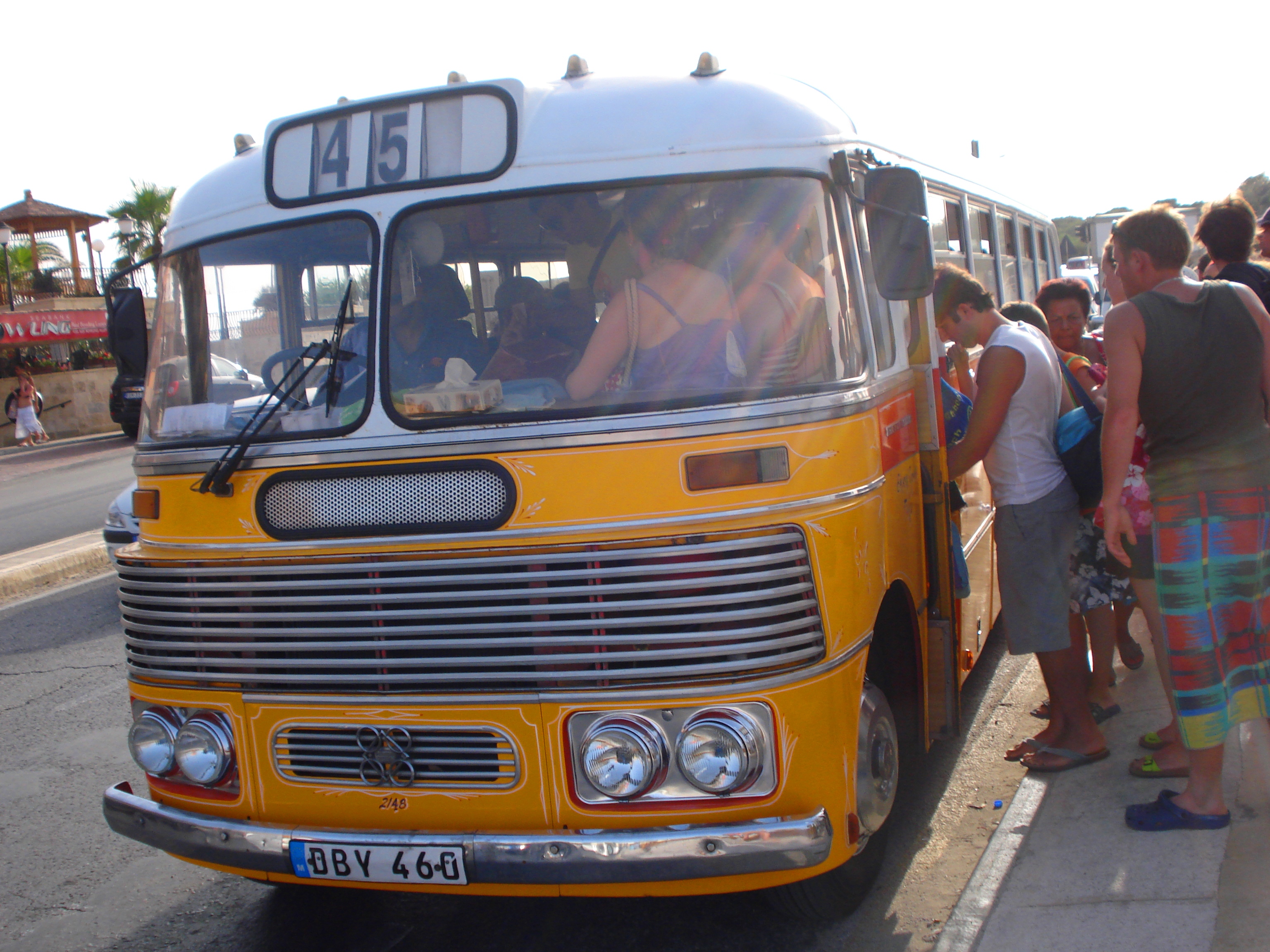 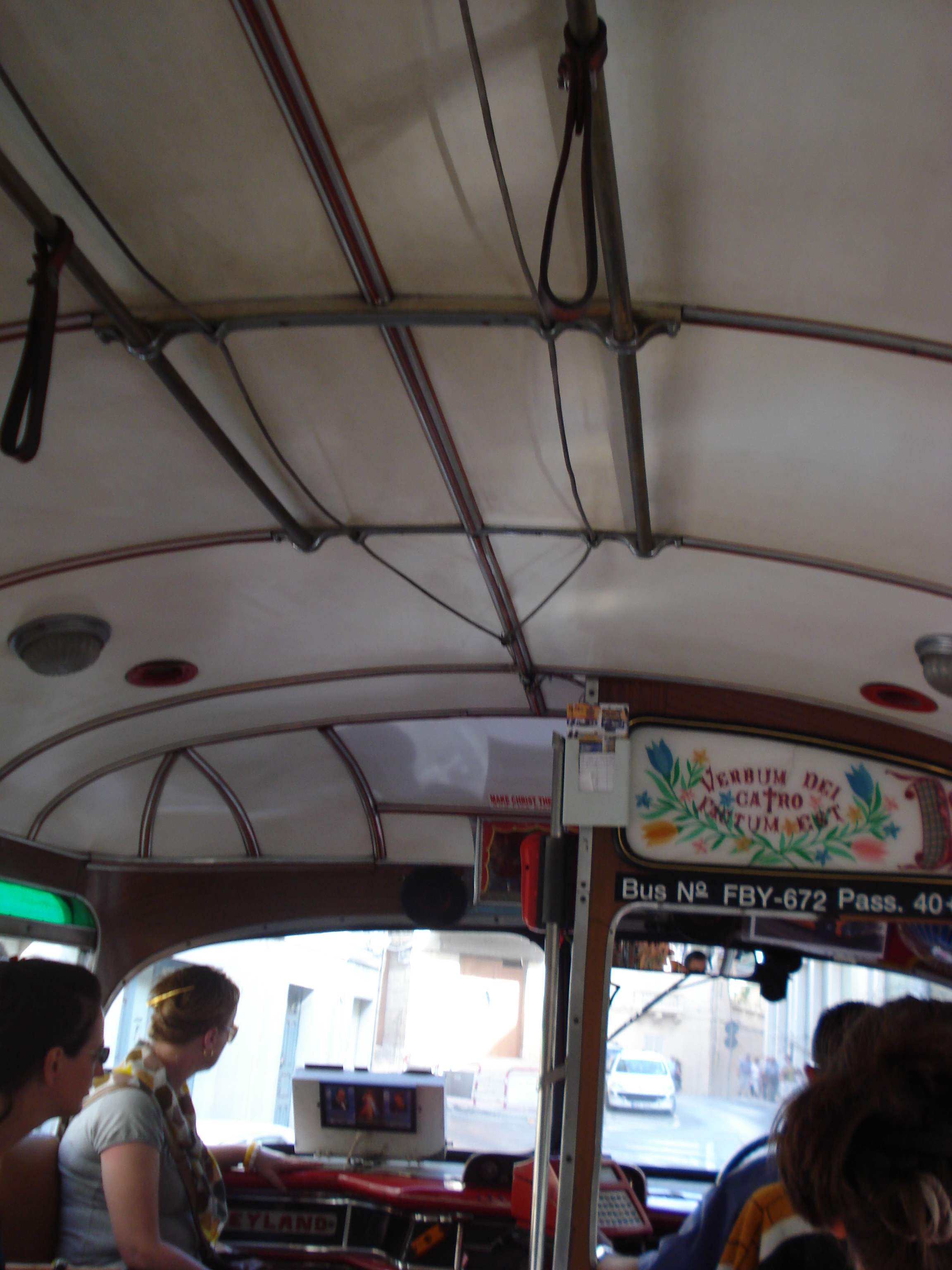 These traditional Maltese buses are so cute. They totally fit in this small and also cute island. It’s an easy and cheap way getting around the island. The fun fact about them is that bus driver do not stop at every bus station, you need to pool that rope on the ceiling of the bus and the driver then stops at the next station. 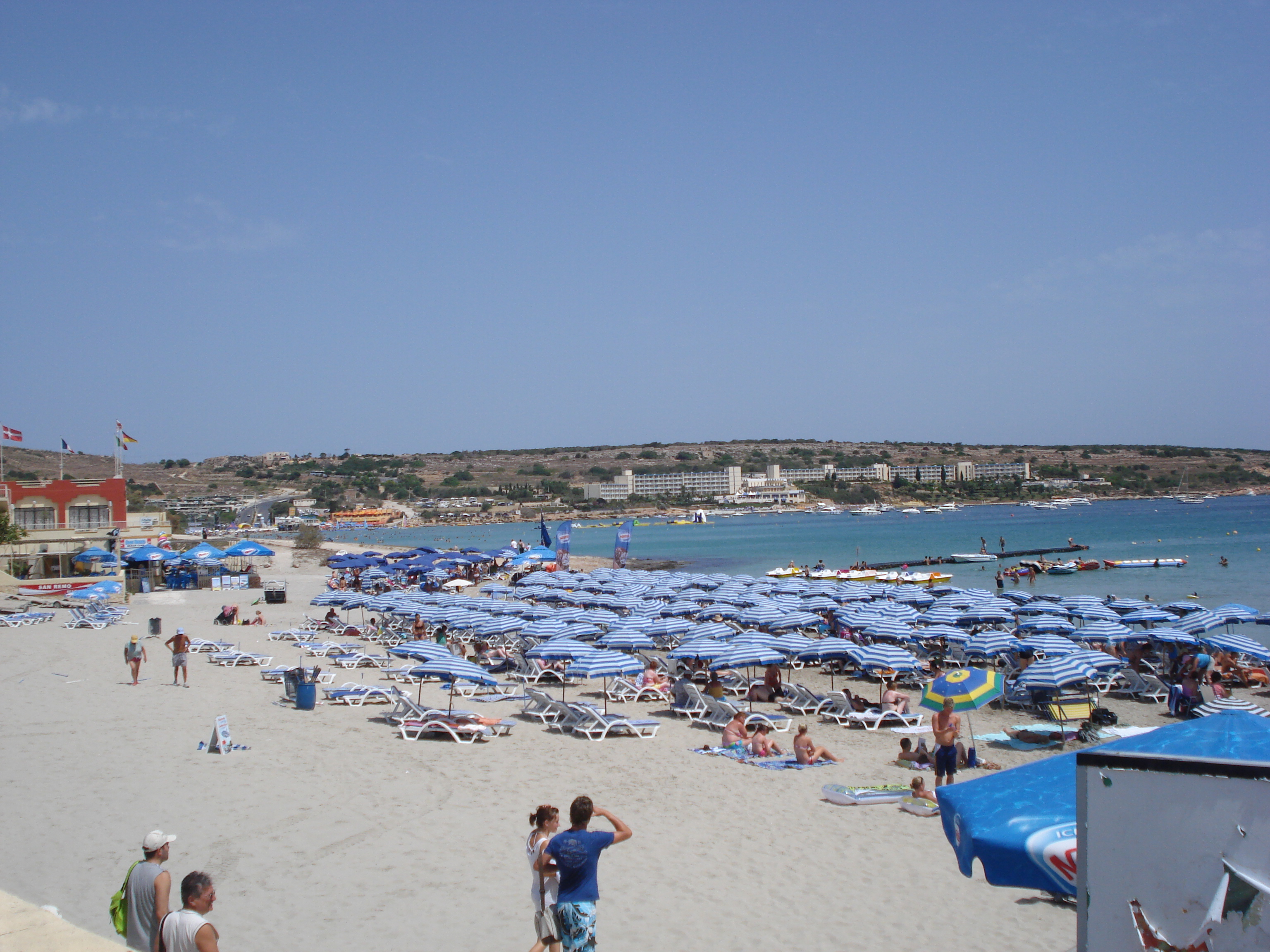 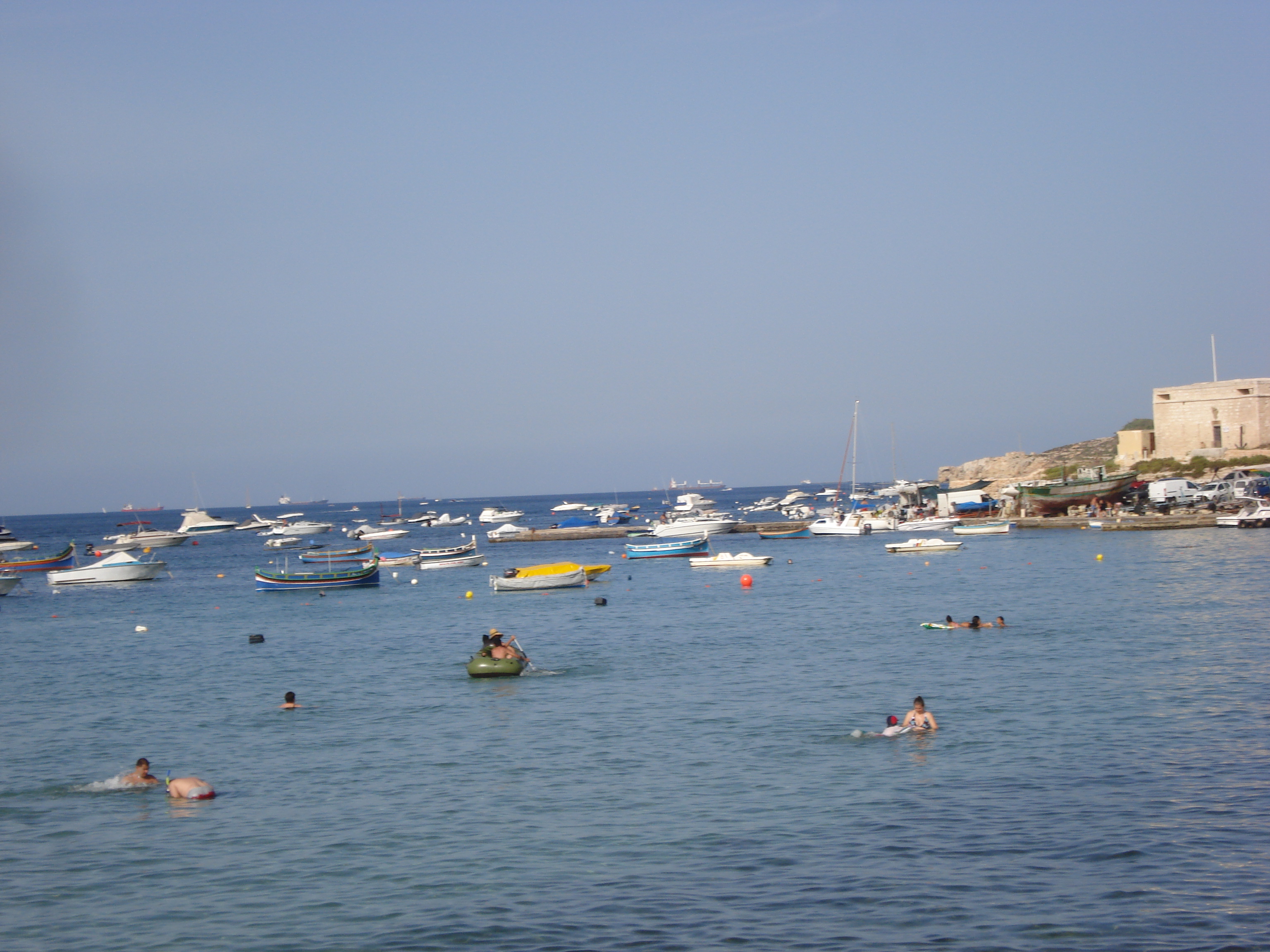 We were going to Mellieha Bay, located in the northen part of the island which is the largest sandy and most popular beach in Malta. If I remember well, it’s around half an hour drive by bus from St. Julians to this beach. 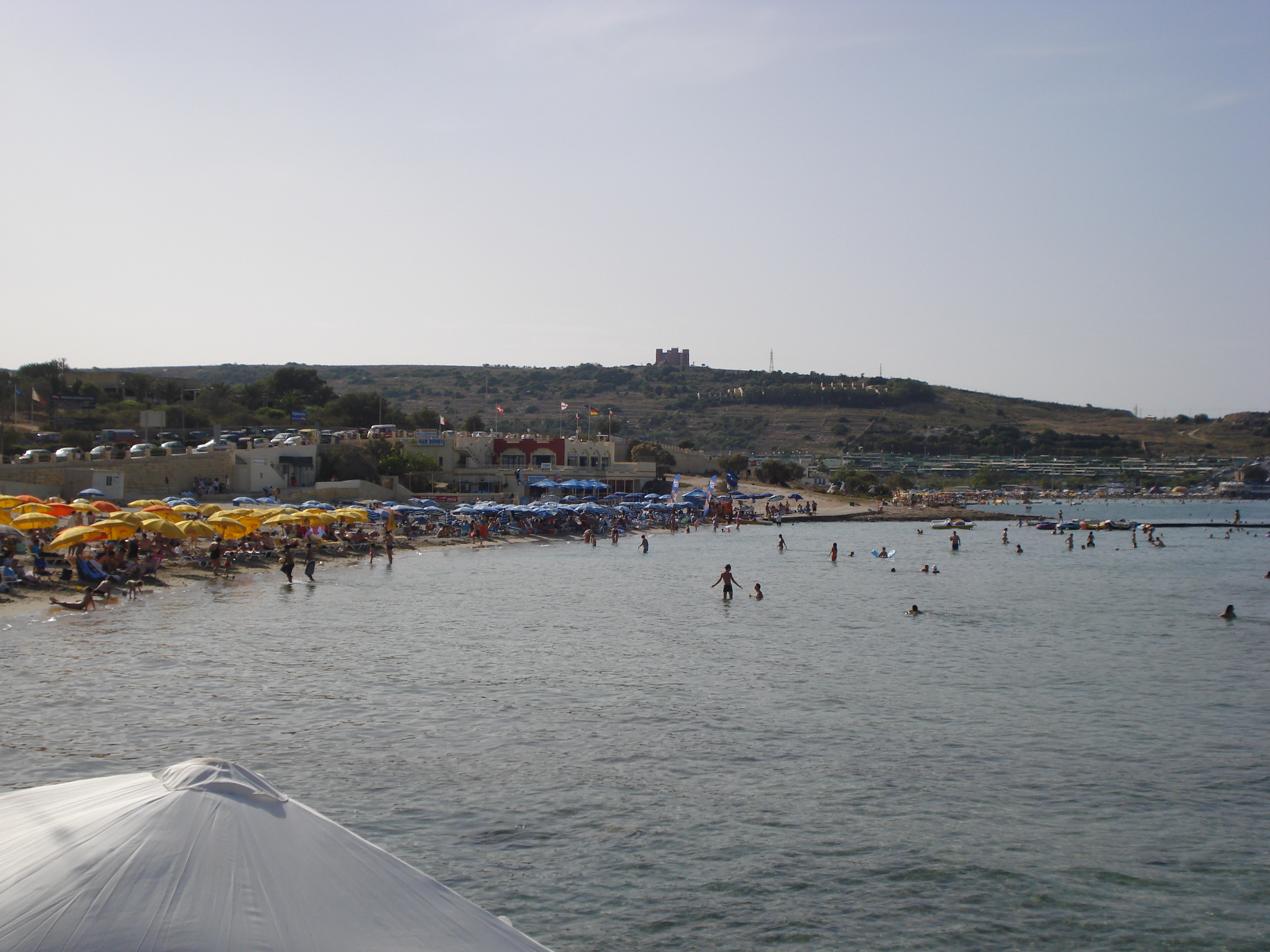 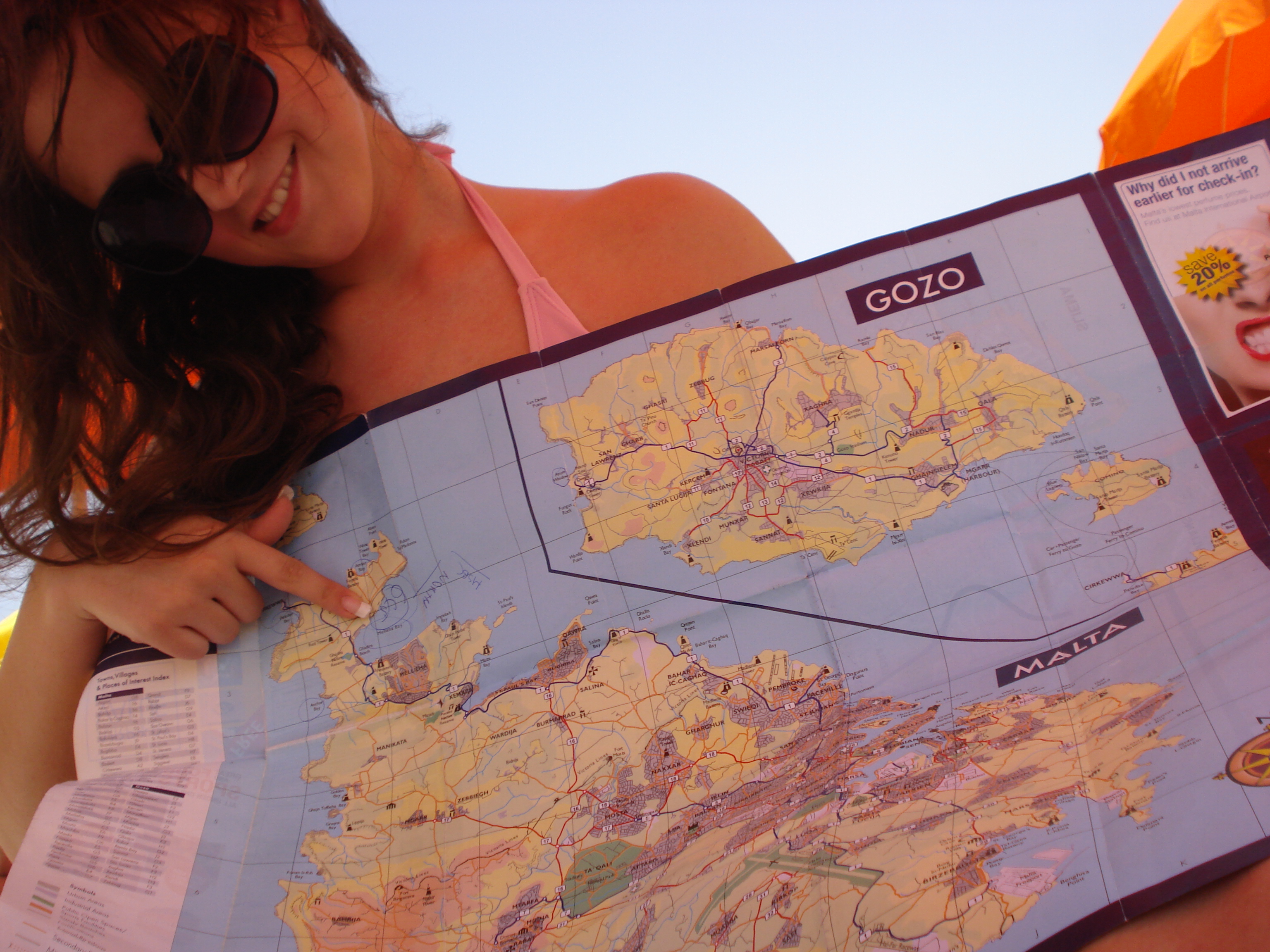 And of course, I always had a map in my hand, it’s kind of ‘my thing’ while traveling. That’s why I don’t mind getting lost somewhere. It’s very helpful during the trip and I always love to keep it as a souvenir.

Have you ever been to Malta? How do you like it guys?

Read more about my Malta experience in my next post.