Since my friend and I always wanted to visit Istanbul because of its historic, cultural and natural treasures, we finally decided to go. 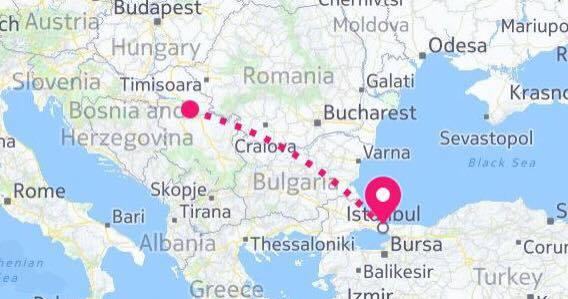 The beginning of June (2015) seemed like a perfect time for this few days escape. 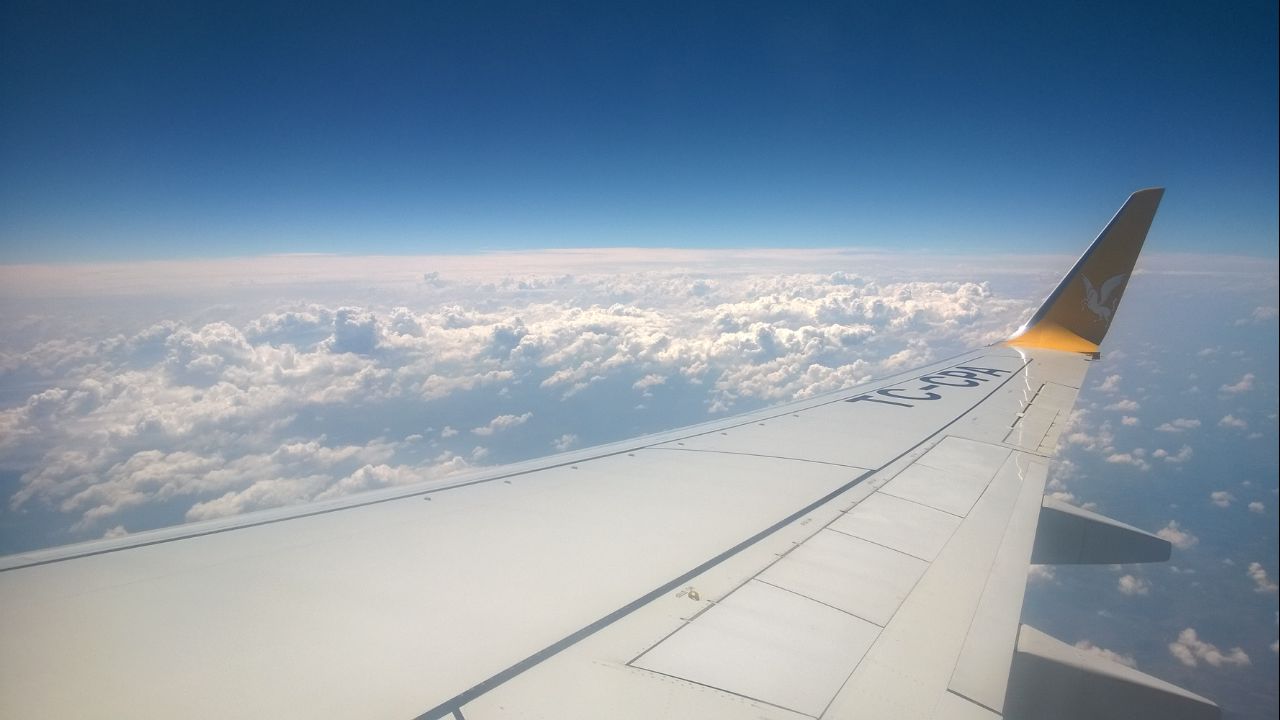 We landed in Istanbul around 1pm, and our transfer was waiting for us. We needed 3 hours from the airport to the hotel because of the traffic jam. Normally you need less than hour. So, unfortunately, we lost half the day at transport. Bleh.. 😒

After we checked in, we have just dropped our luggage in the room, and went for some walking. Our hotel was near Grand Bazaar, so we went there. 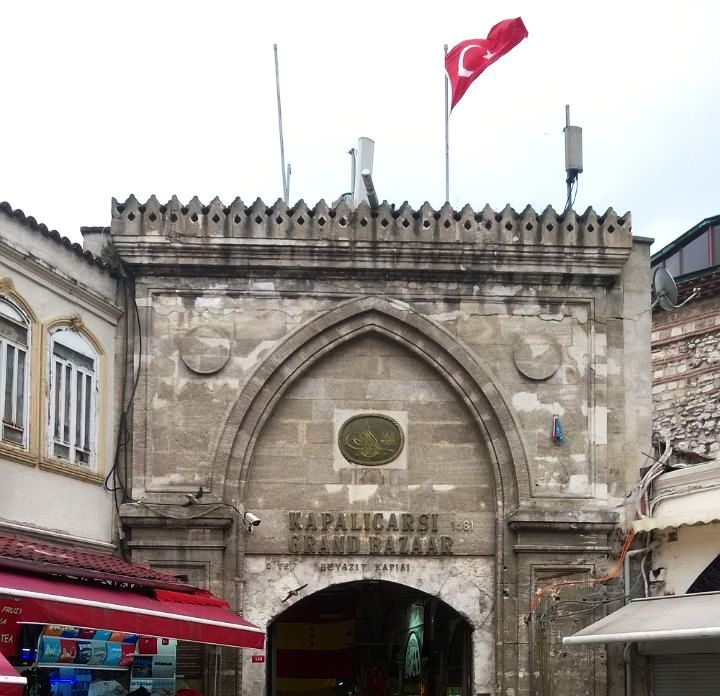 The Grand Bazaar (Kapalıçarşı) is one of the oldest (built in 15th century) and largest covered markets in the world with over 3000 shops. 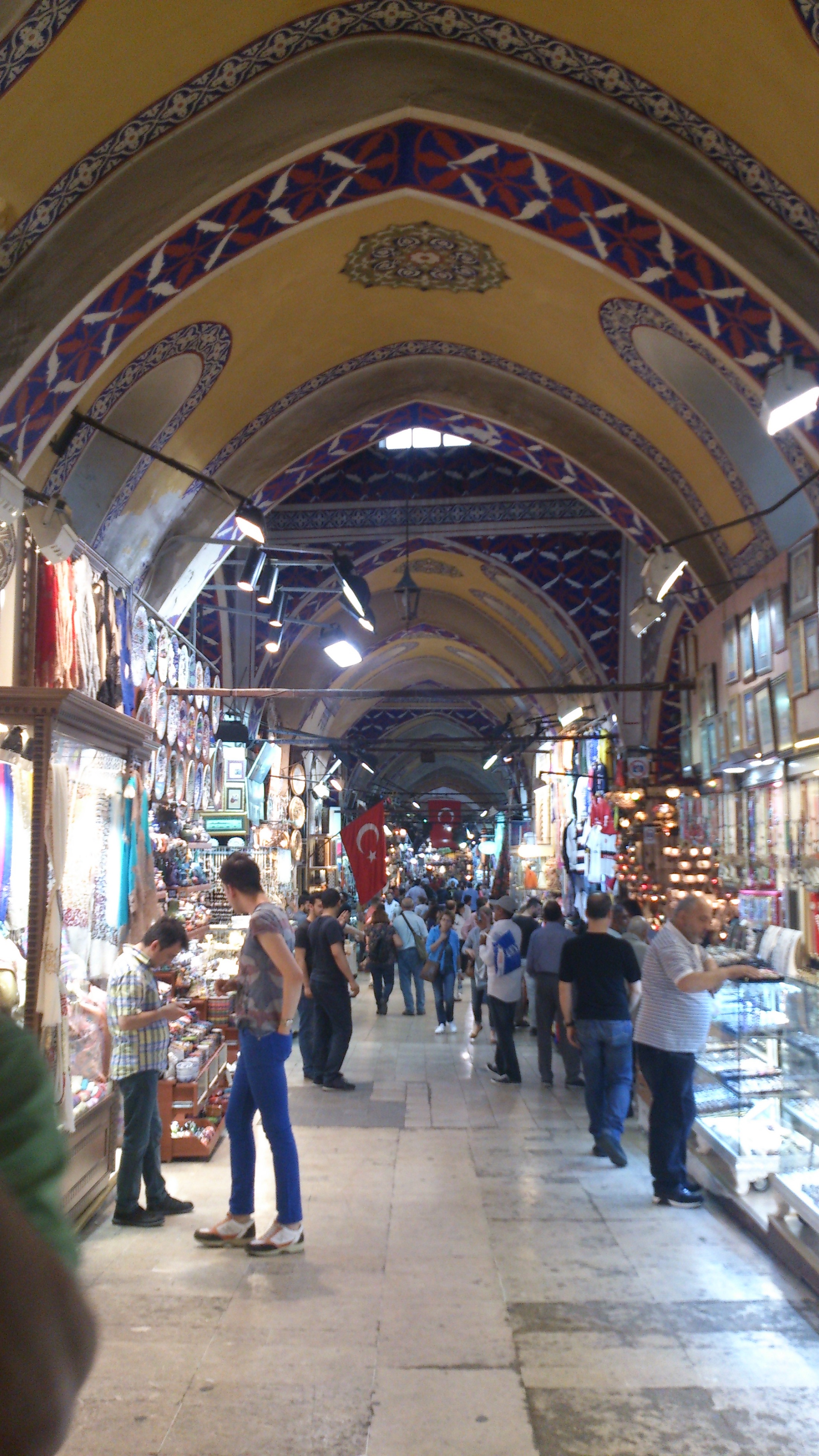 Inside it’s endless place with a lot of shopping streets which looks like a labyrinth. It is well known for its jewelry, carpets, ceramics which is hand painted, spices, antique shops. You can find knock offs of every possible fashion item you can imagine. It’s such a vivid and crowded place. Vendors are in front of their stores and all of them want to draw your attention and made you purchase something. Prices are a bit exaggerated so there is your chance to practice your bargaining skills. It’s part of Grand Bazaars charm and one of the Istanbul’s (and Turkish in general) trademarks. 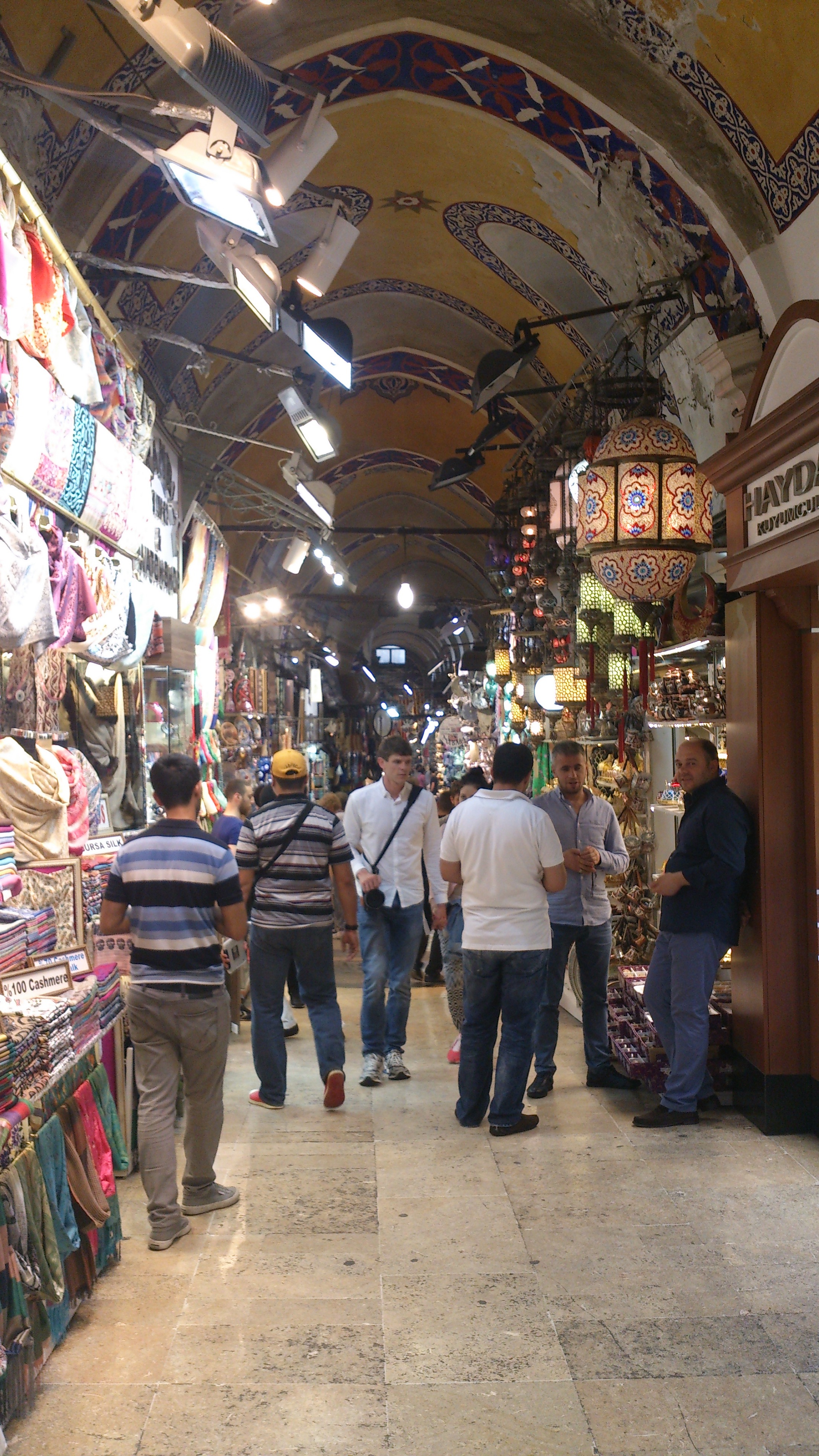 The Bazaar was open till 7pm, so after closing we grabbed something to eat and went to the hotel, because we had planned a hectic schedule for the next two days and needed to rest before that.

The next day we get up early and went straight to our first place for that day → Sultanahmet district, which is a heart of historic Old Istanbul. It was around 15 minutes walk from our hotel. 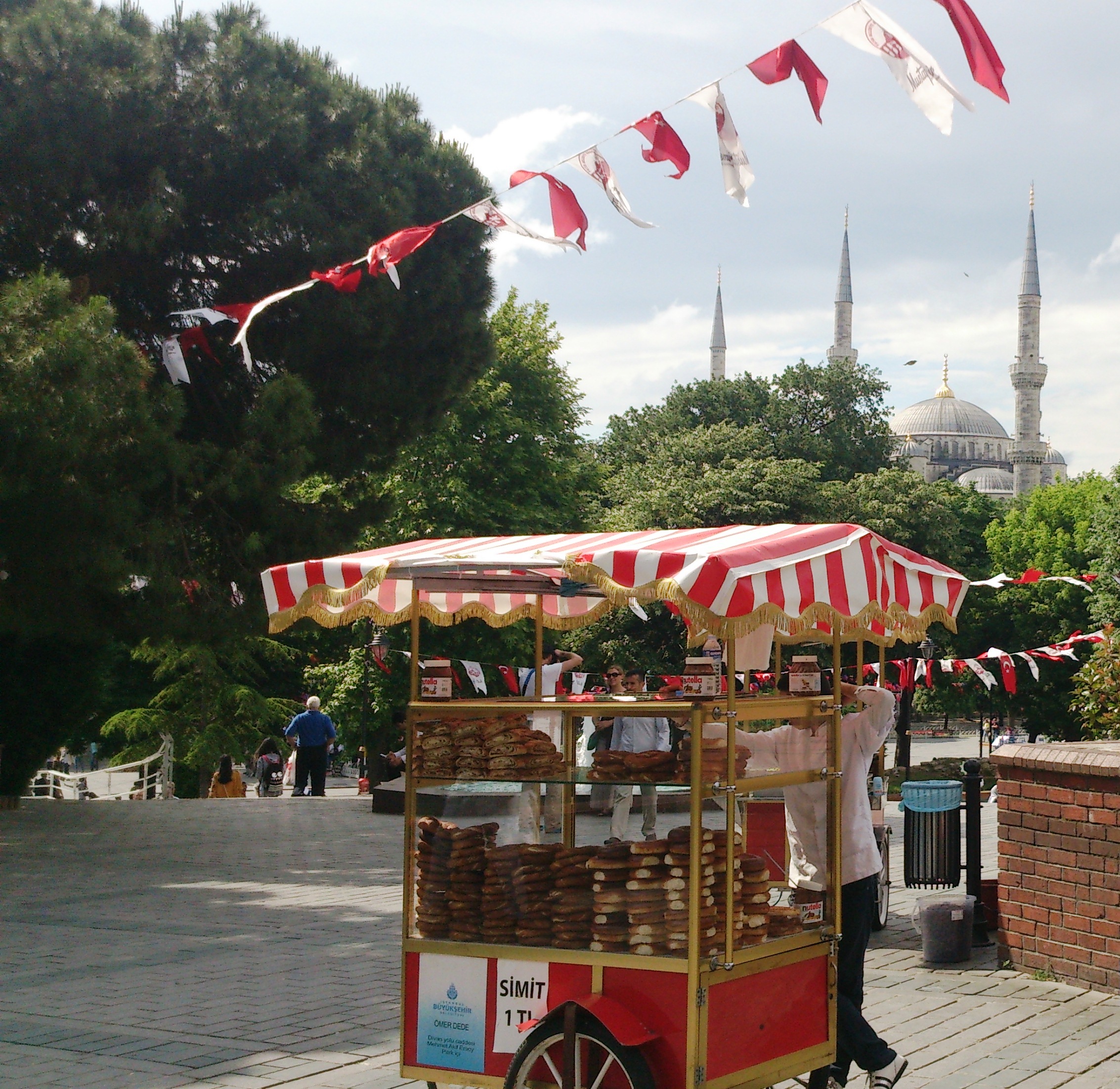 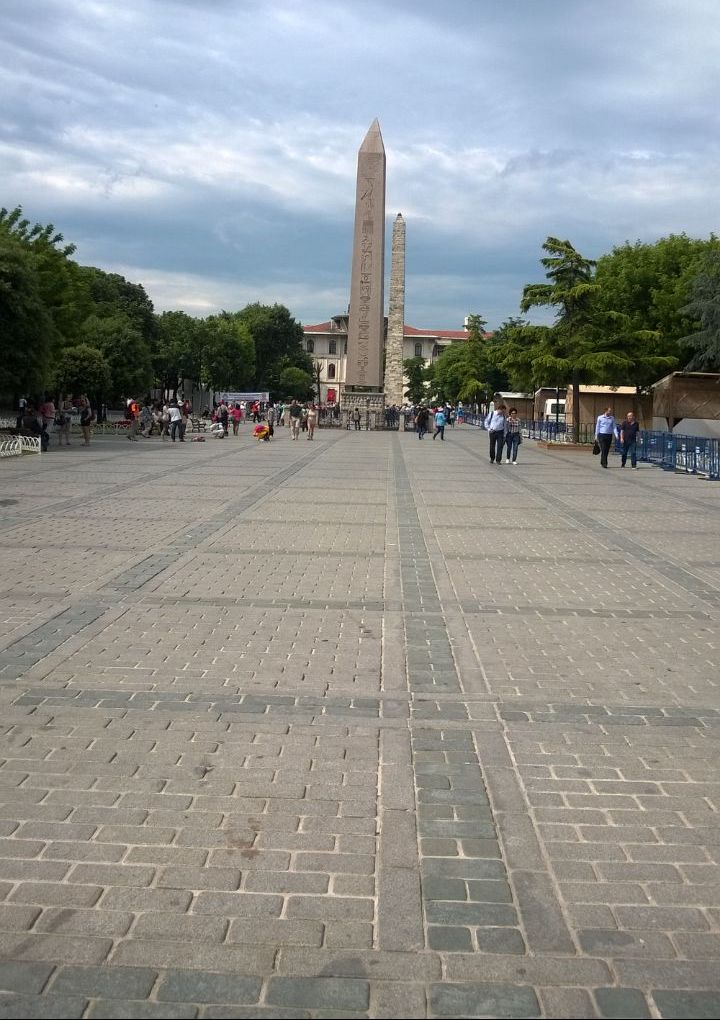 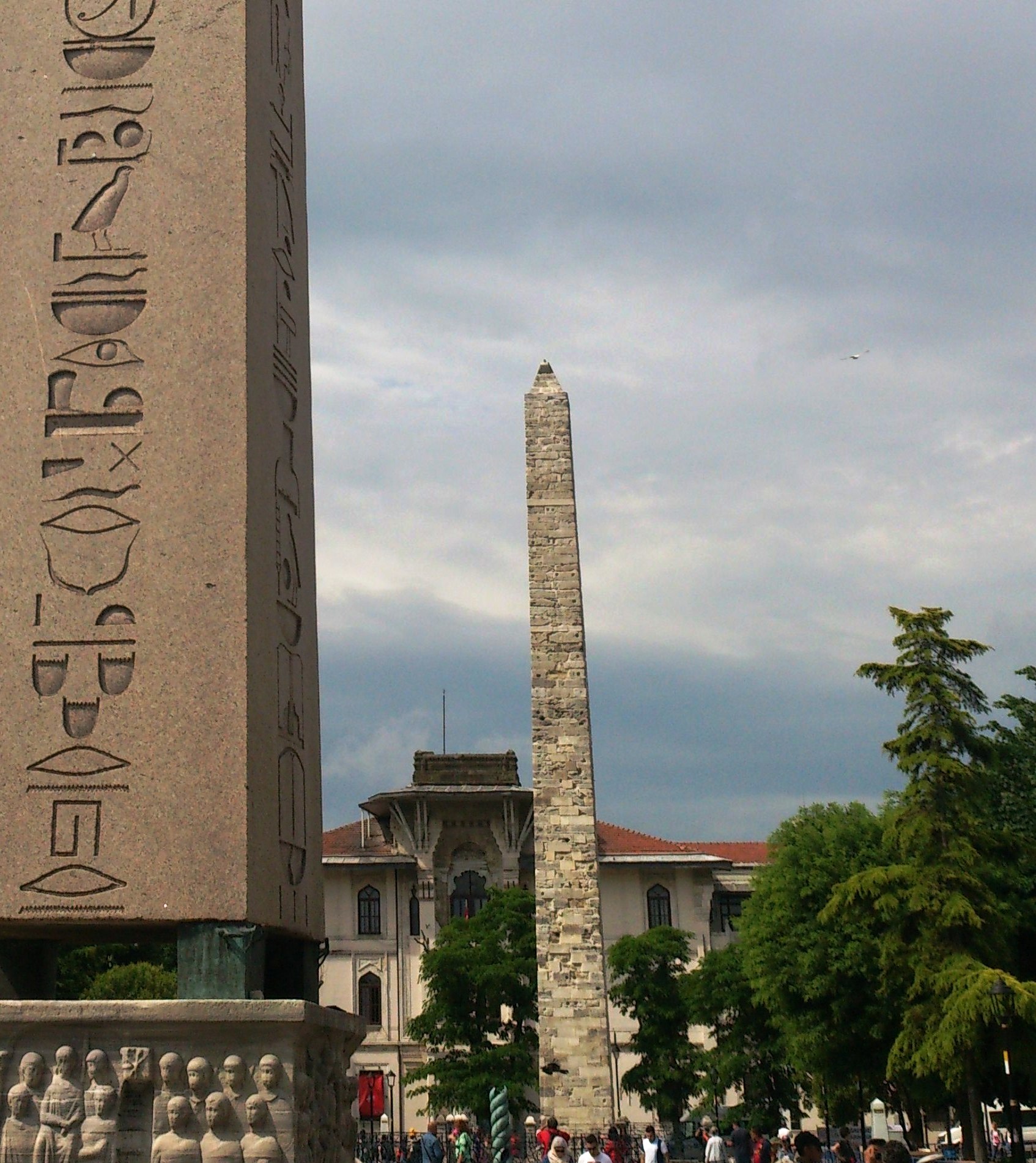 The next column is the Serpent Column which is a bronze monument. It is believed that this column was made by melting the shields of Persian soldiers. The last column of the Hippodrome is the Constantine Column, known as the Walled Obelisk. 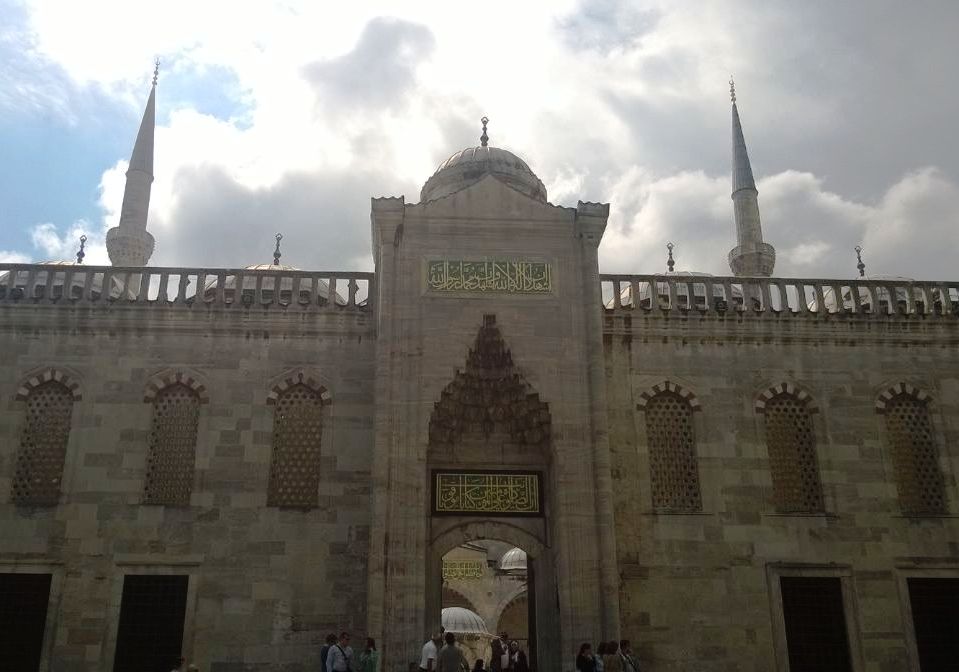 Then, we visited Sultanahmet Mosque (Blue Mosque), which main entrance is located on the Hippodrome side. It was built by Sultan Ahmet I and construction was completed after 8 years. 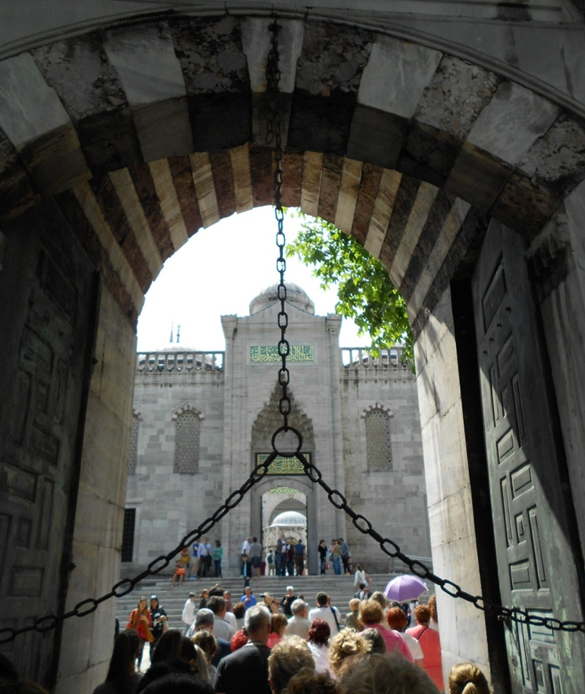 The entrance to the outer courtyard of the Blue Mosque is through a narrow gate with a chain. The sultan was the only person allowed to enter on horseback, but the chain was set so low that even he had to bow his head. 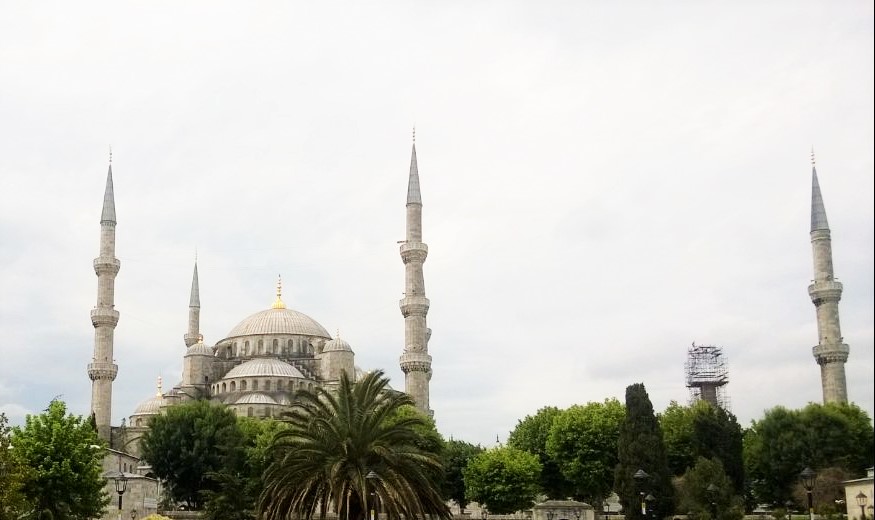 It is the only mosque in the world with six minarets. Legend says that the mosque wasn’t meant to be built with six minarets. According to the story Sultan Ahmet I wanted architect Mehmed Aga to build a minaret made of gold. The Turkish word for gold is “altin” and the architect misunderstood him as “alti”, which means six. At the end Sultan loved the minarets because no other sultan had had a mosque with six minarets, he was the first, which gave him the feeling of power. You can’t see all the six minarets in the picture, one was under construction and the other one is peeking behind the front one. 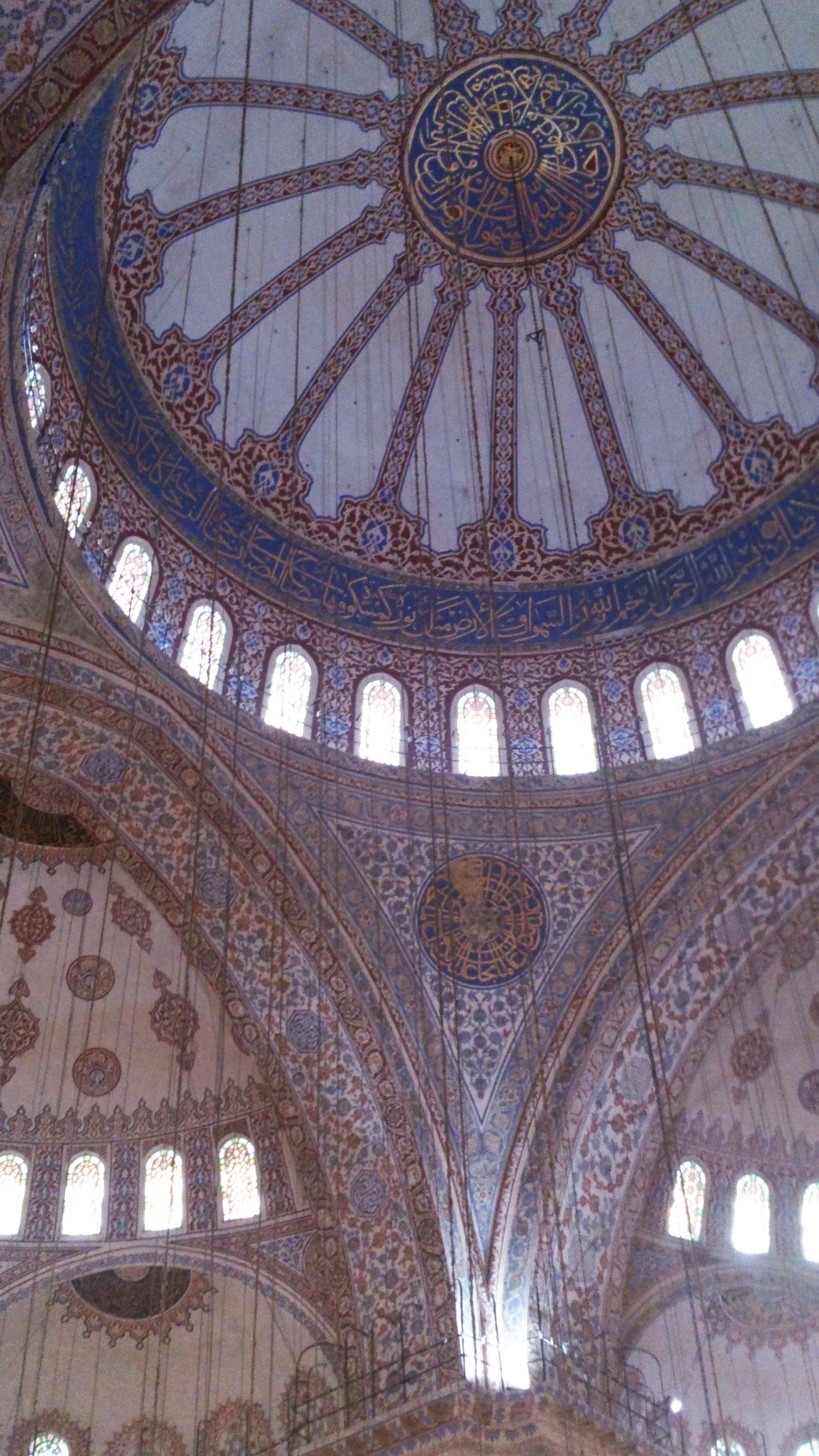 The Sultanahmet Mosque is also known as a Blue Mosque due to approximately 20 thousand blue ceramic handmade tiles in the interior. 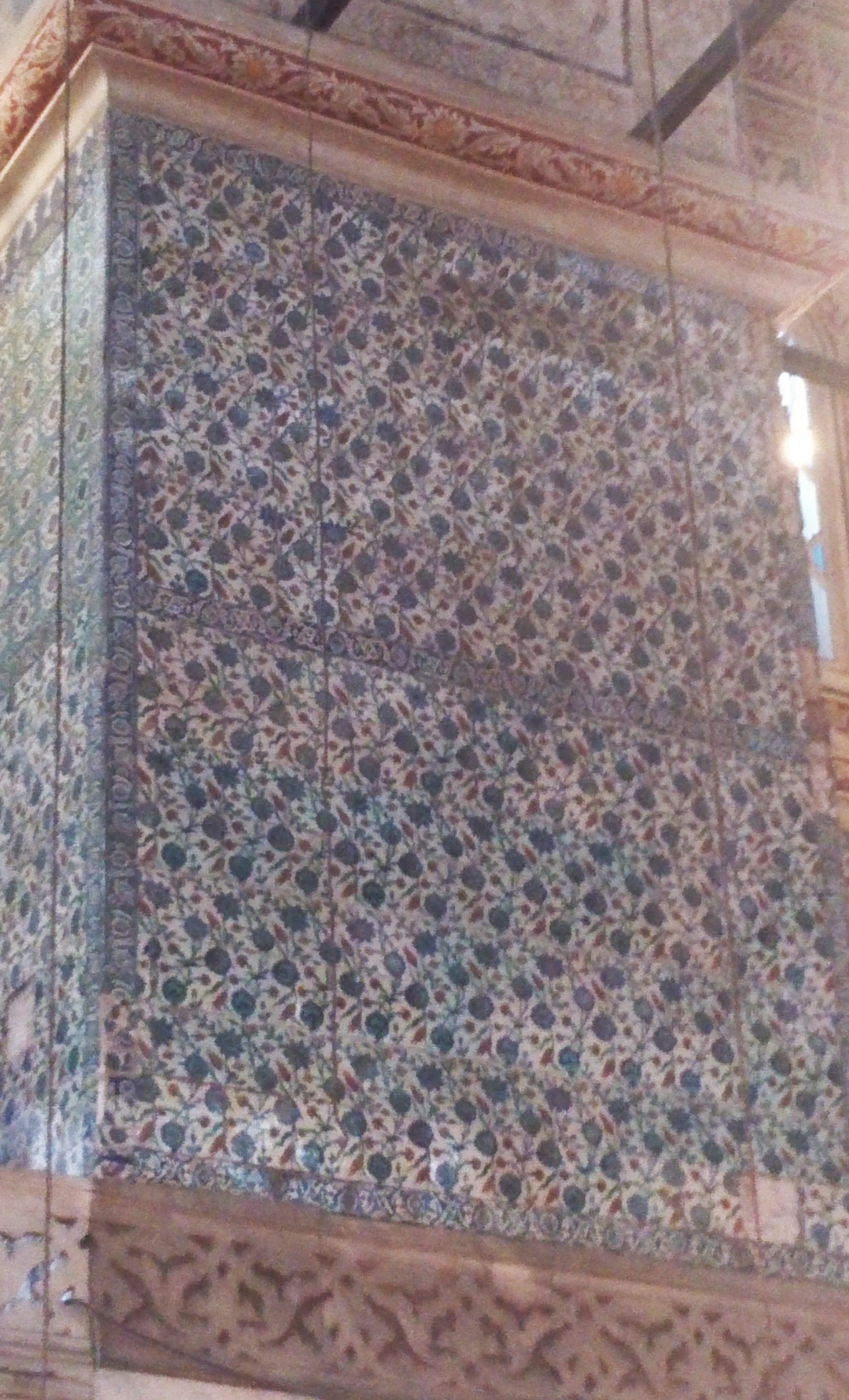 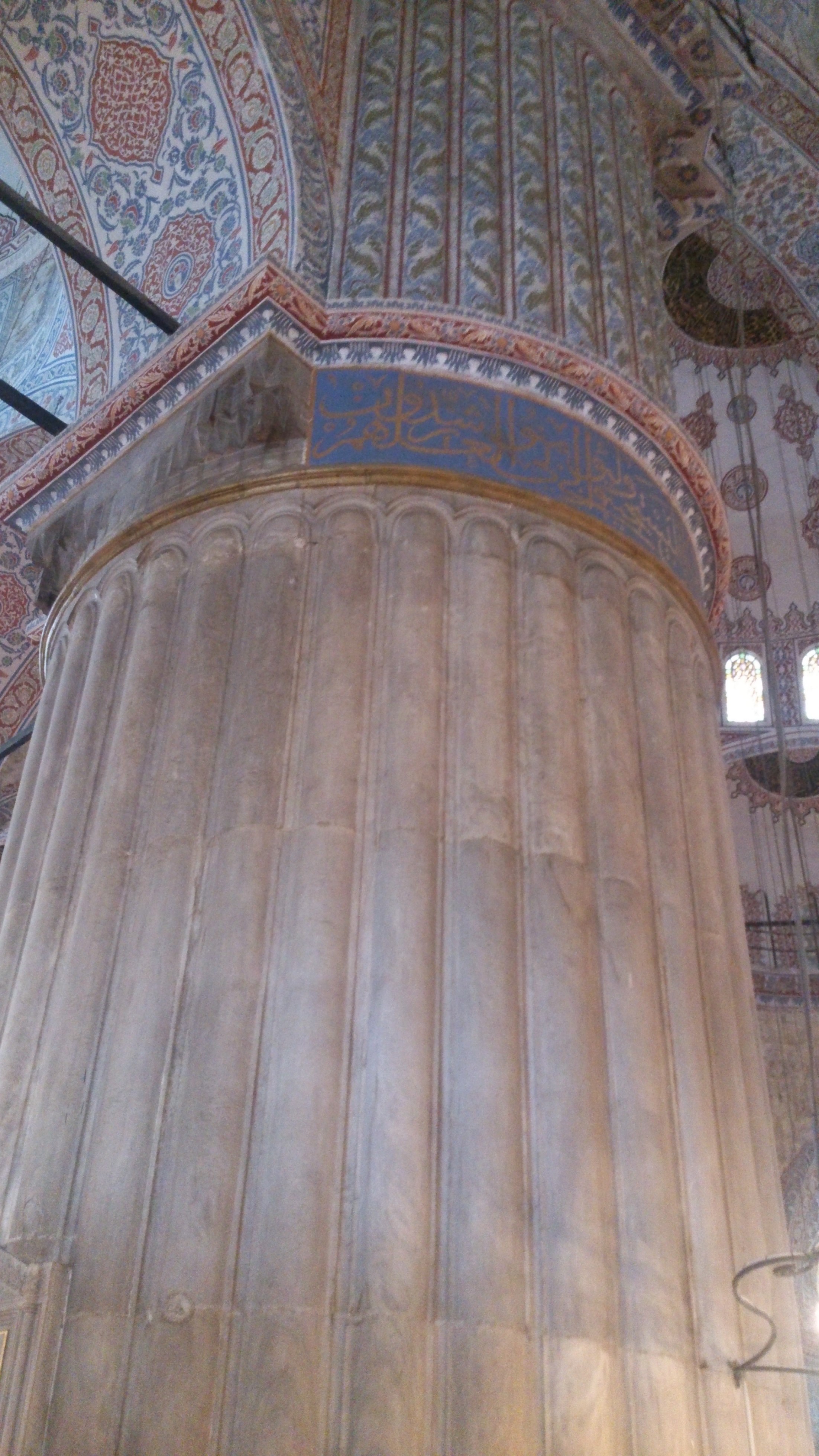 These grand pillars known as “elephant feet” (there are four of them) supports the large dome and enlarge the central area. 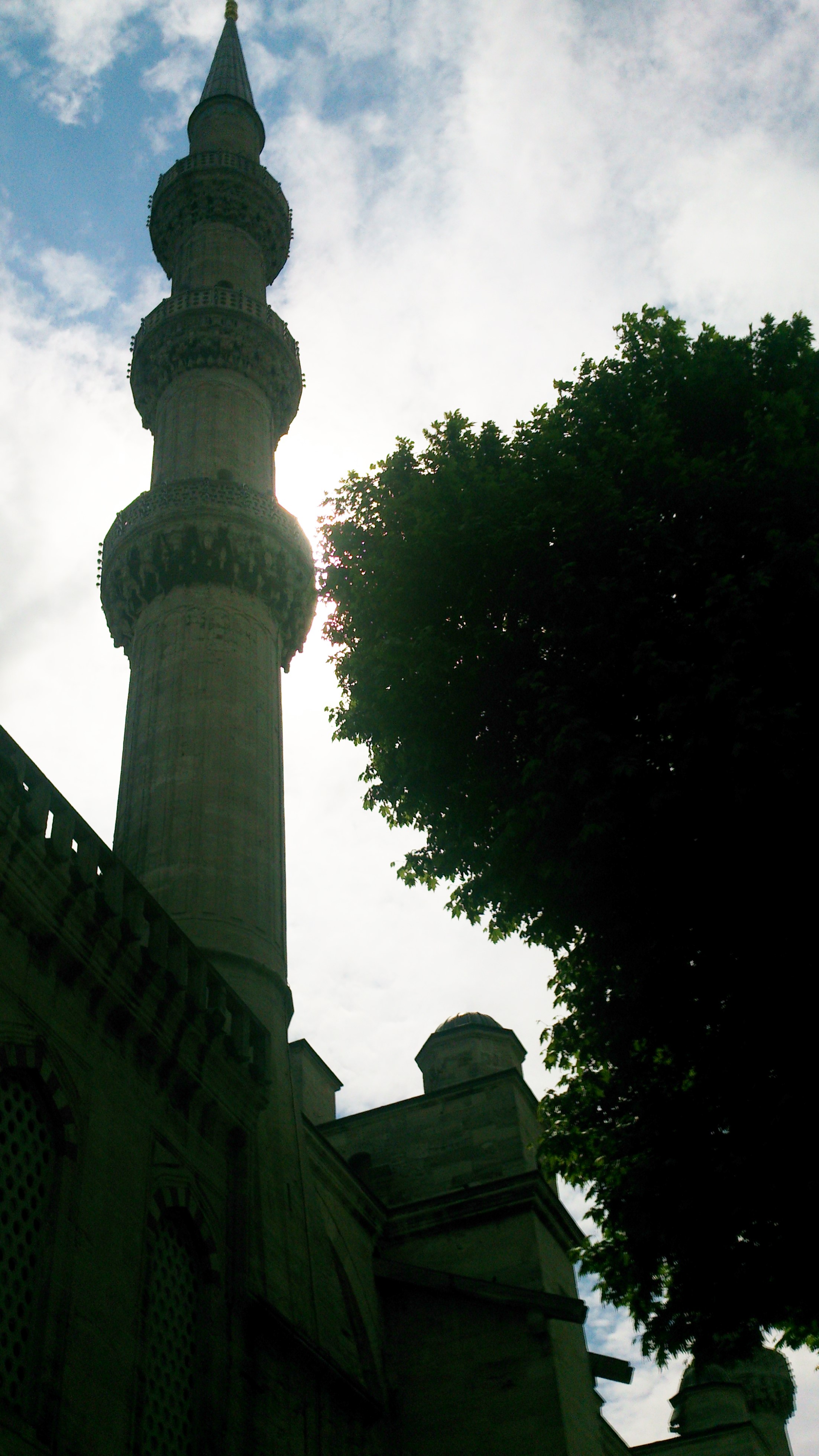 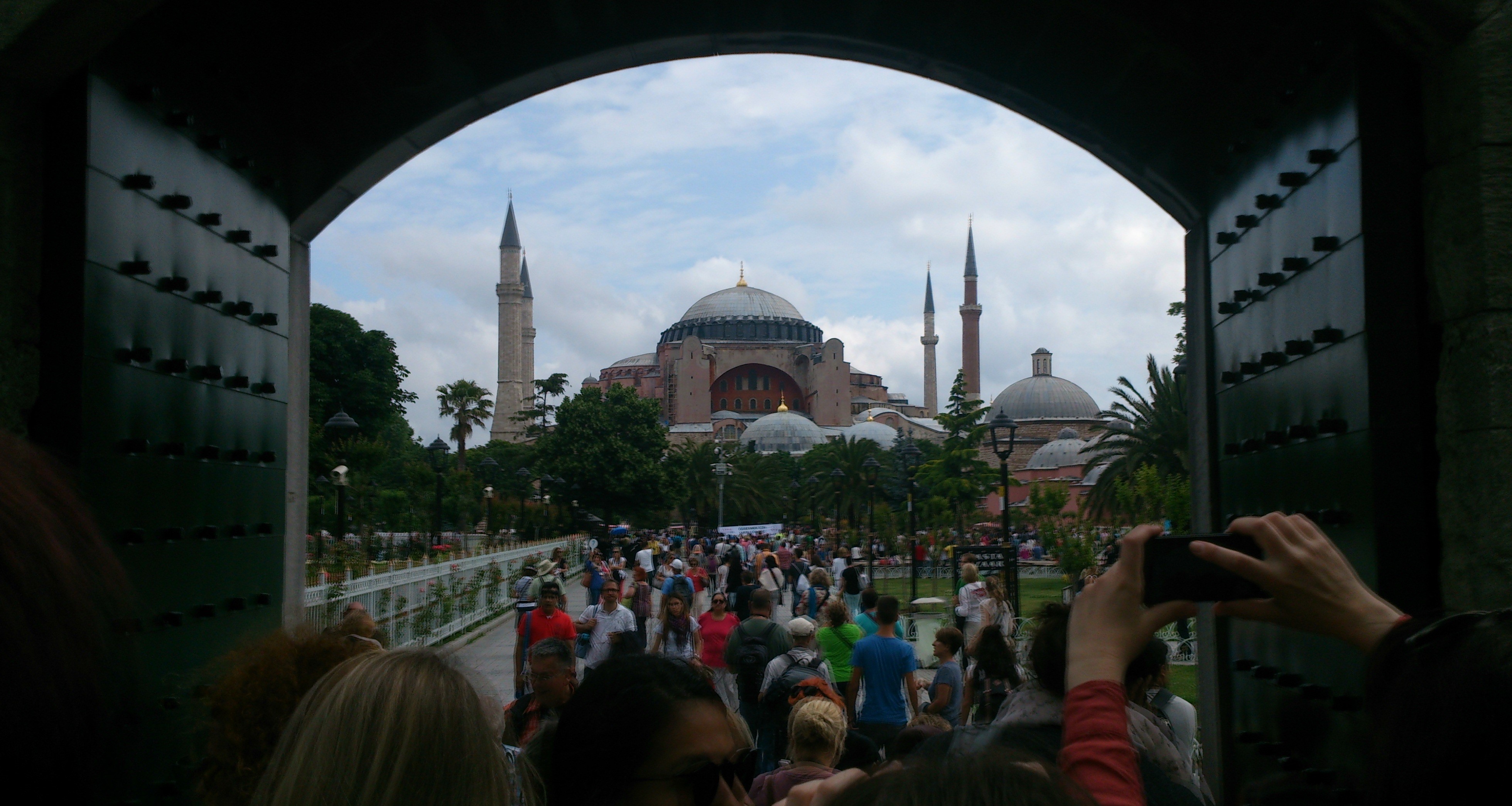 Before we entered the Hagia Sophia, we made a short break for tea and simit at the café in front of the church. Simit is a Turkish bagel with sesame seeds and generally eaten with cheese and tea at any time of the day. They are sold by street vendors who have simit trolleys and can be found everywhere in the city. 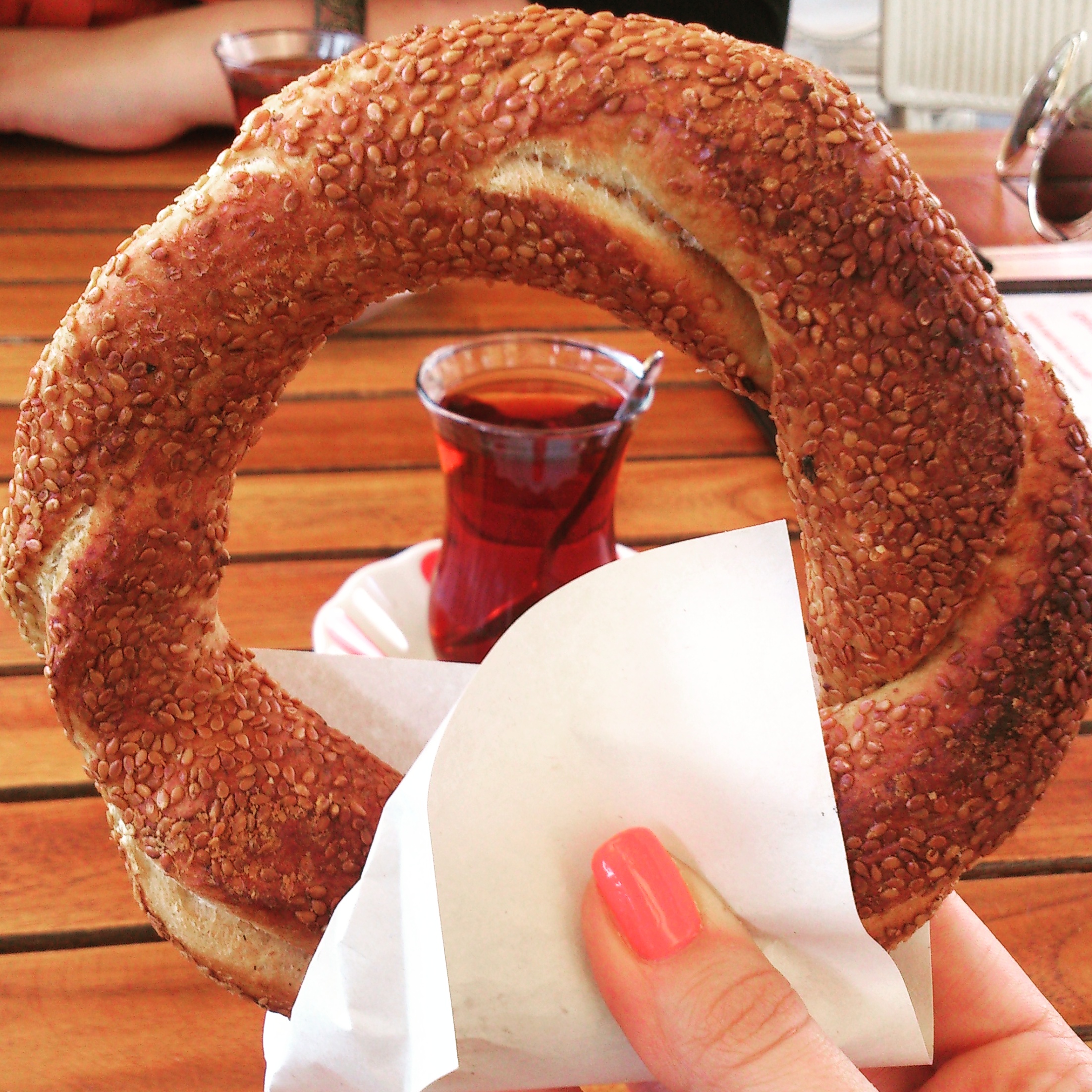 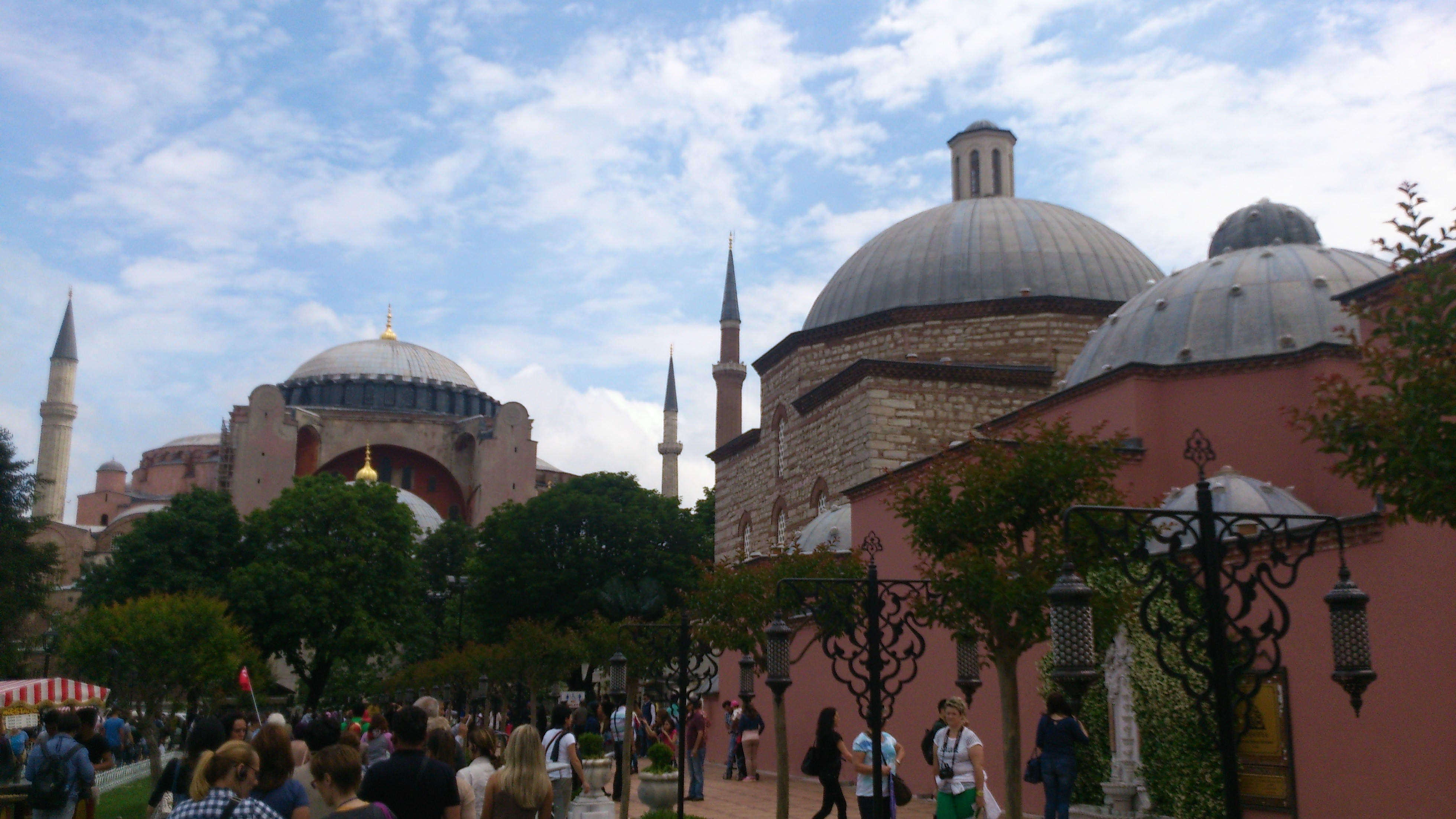 The Church of the Holy Wisdom, known as Hagia Sophia (St. Sophia) is a former Byzantine church and former Ottoman mosque. Today is a museum and one of the greatest buildings in the world. 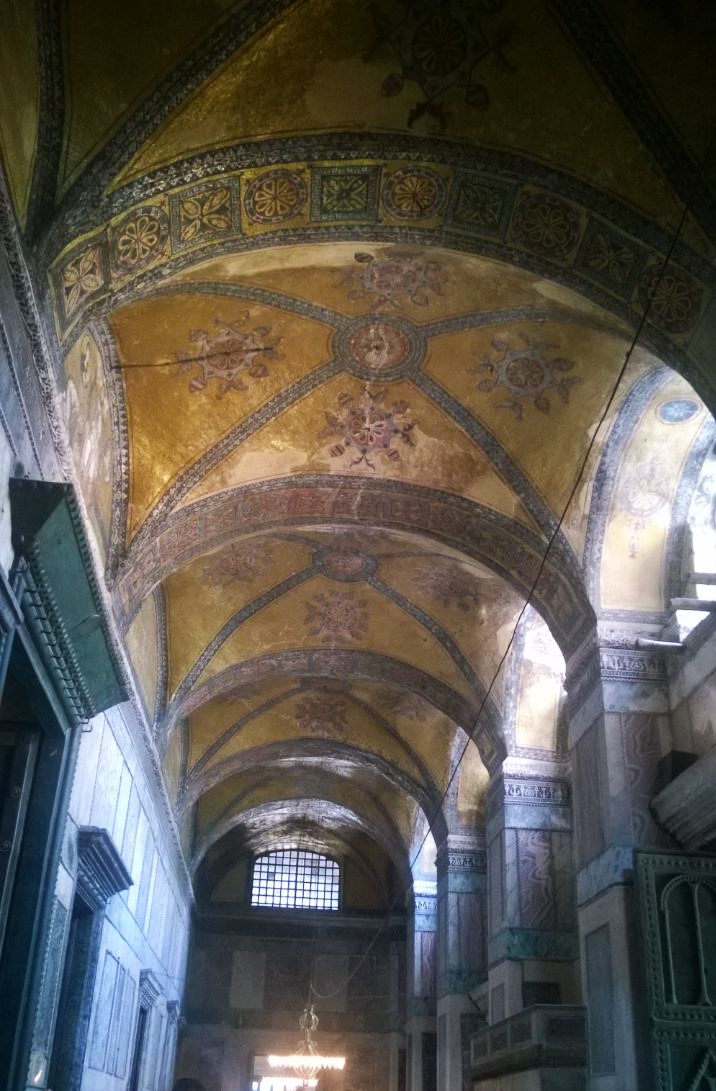 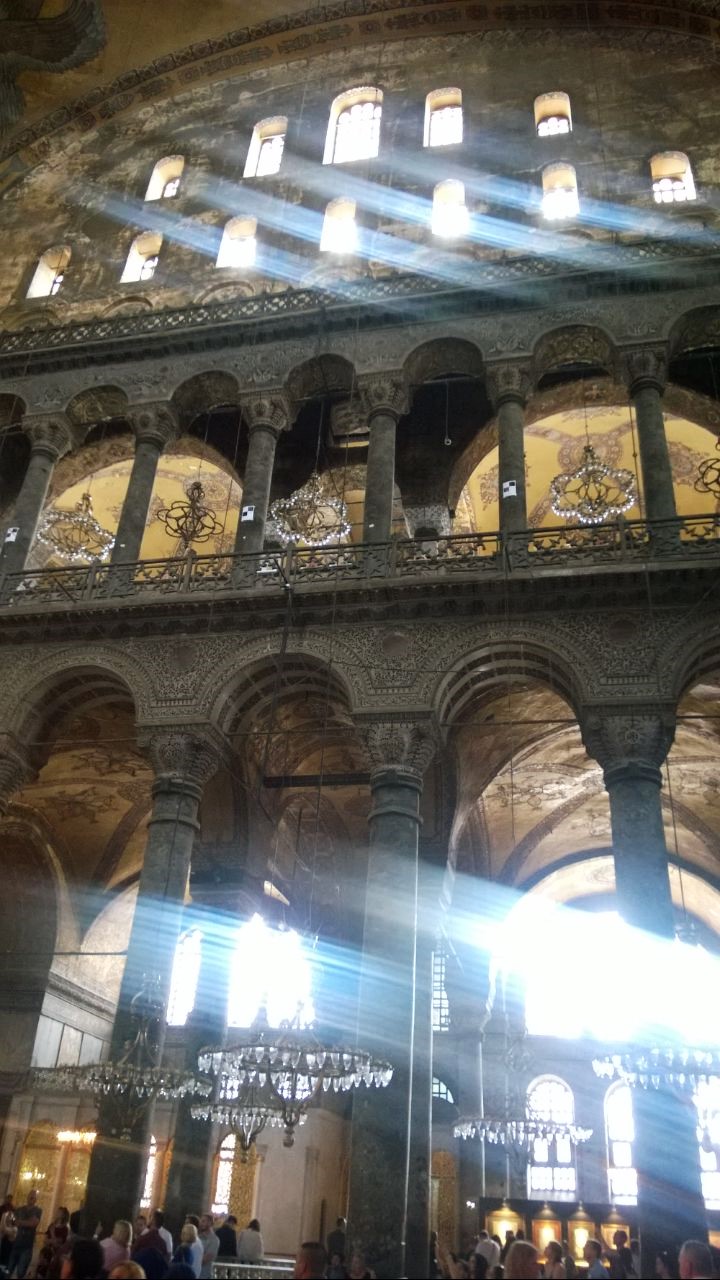 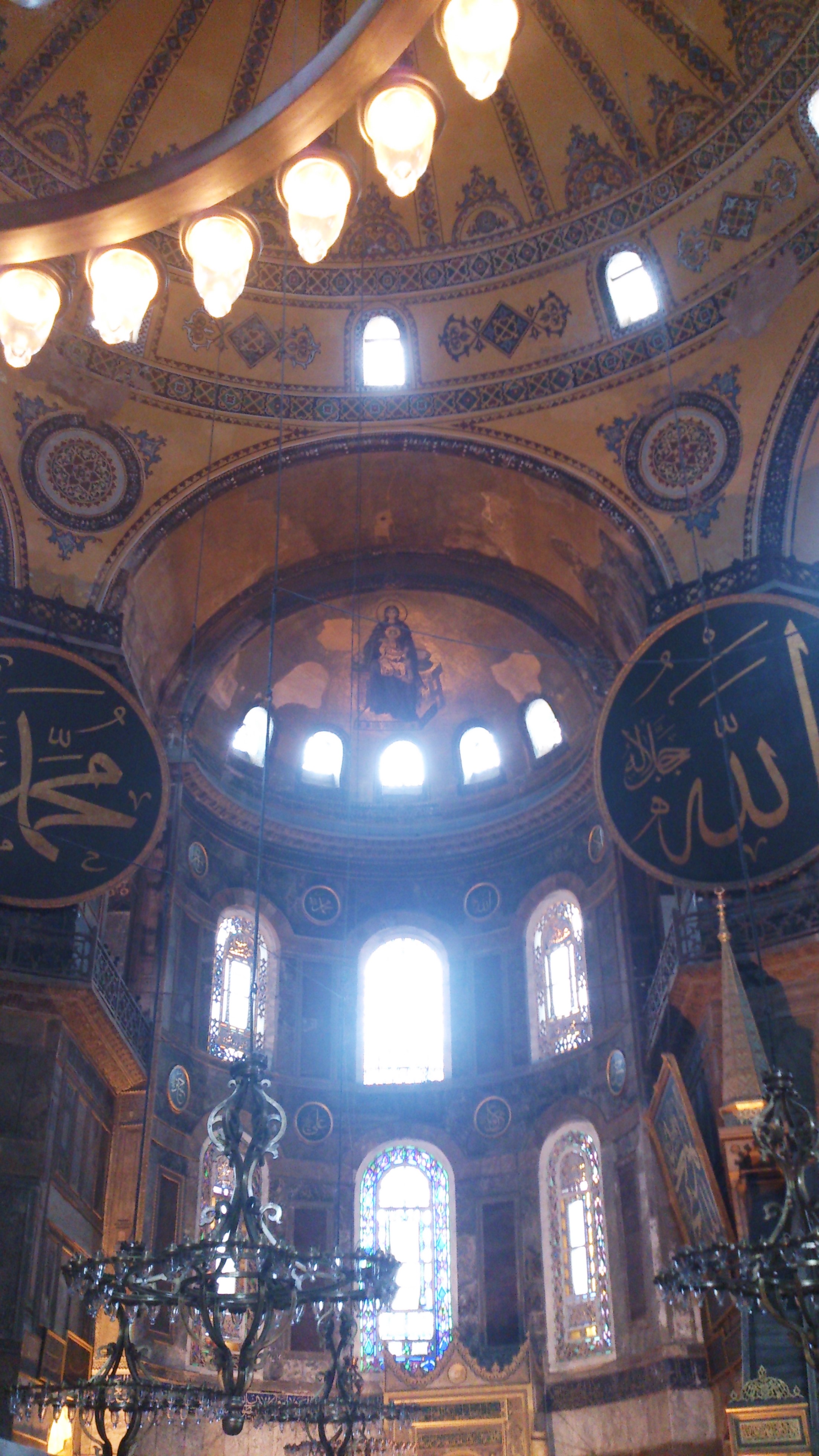 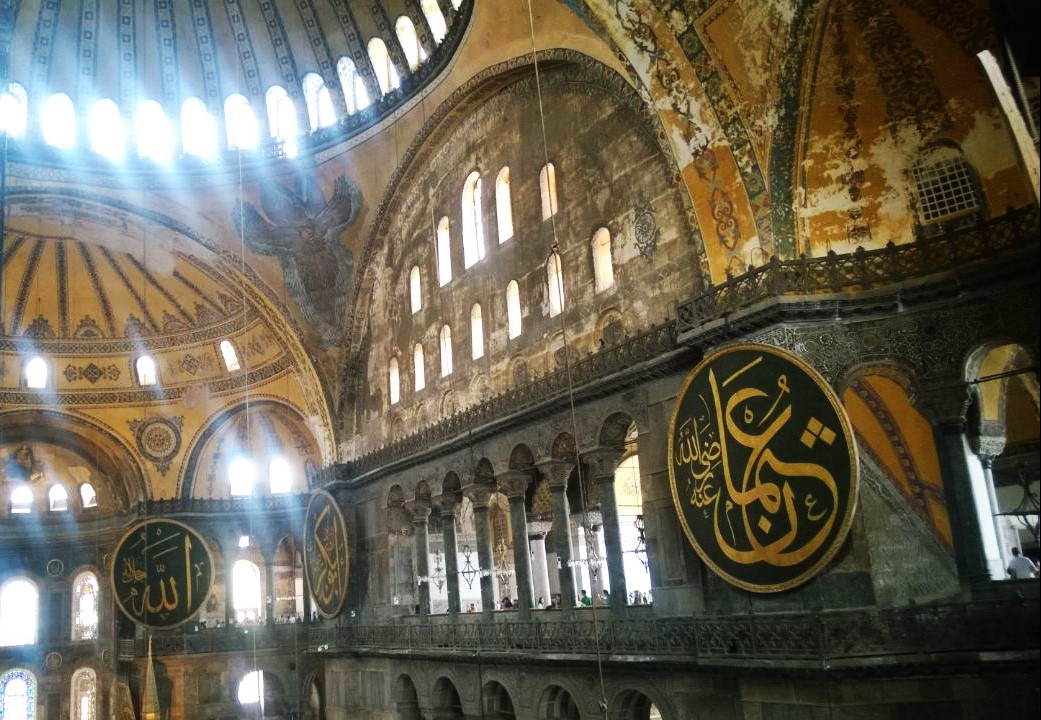 There are eight large disks made of leather with Ottoman calligraphy on them hanging from the splendid dome. That dated from the historical period during which the building was used as a mosque. 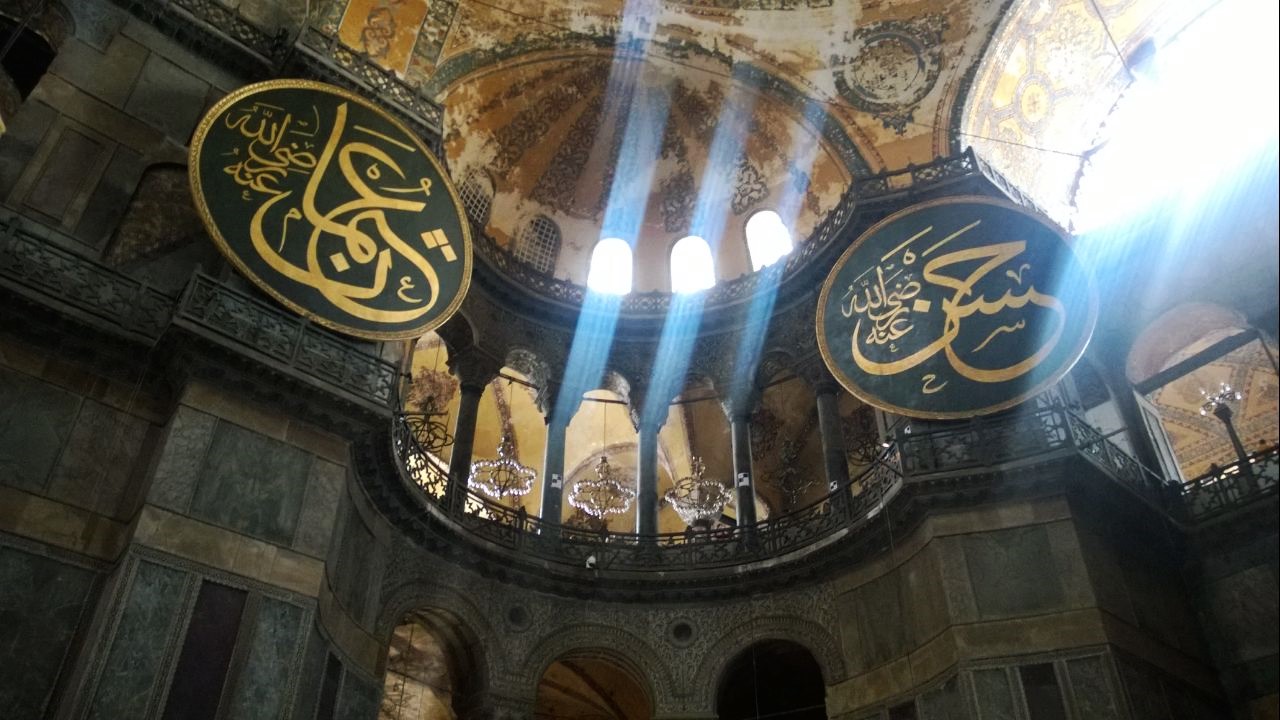 The Omphalion is a place of the coronation ceremony of the Eastern Roman Emperors. 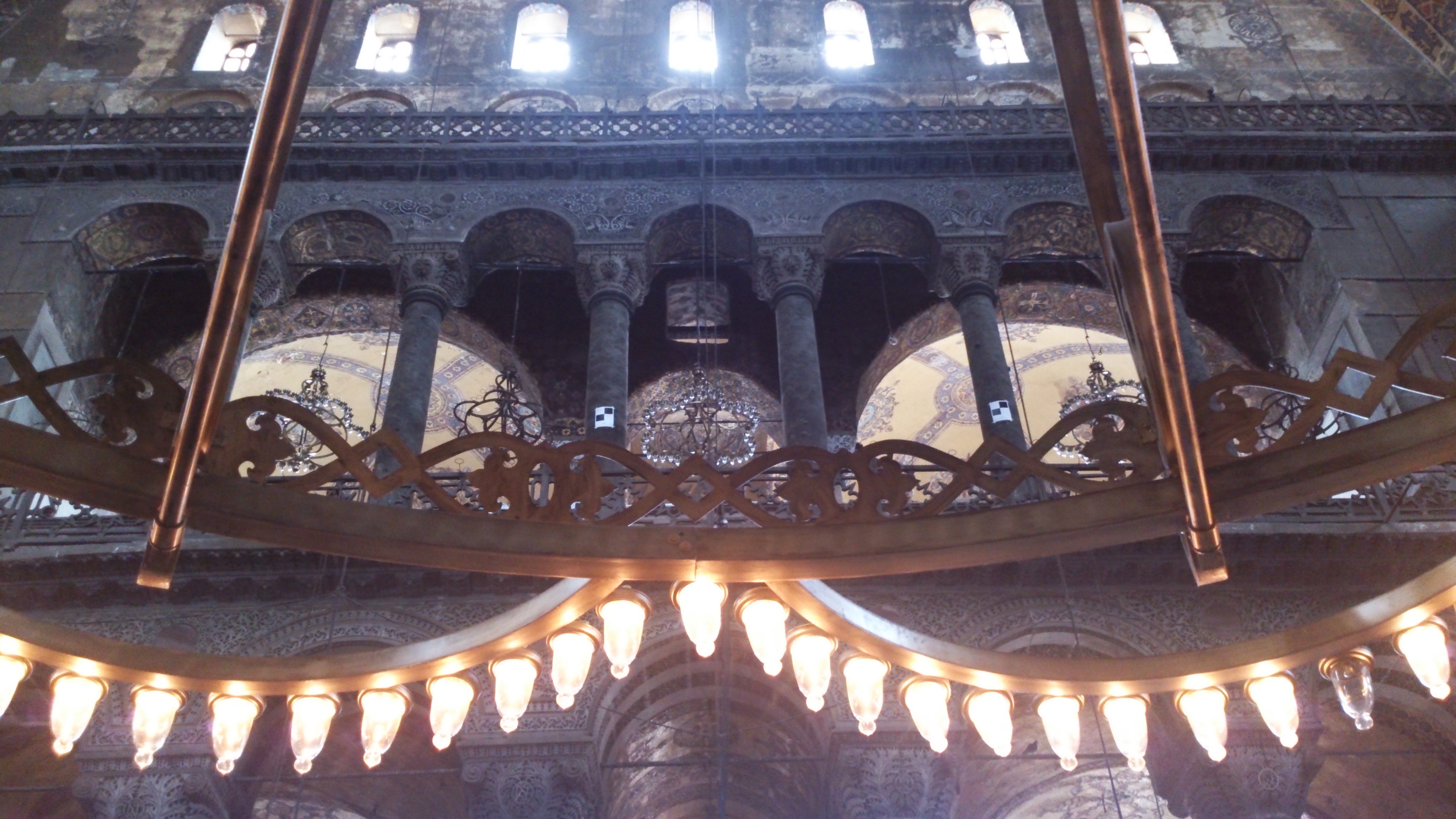 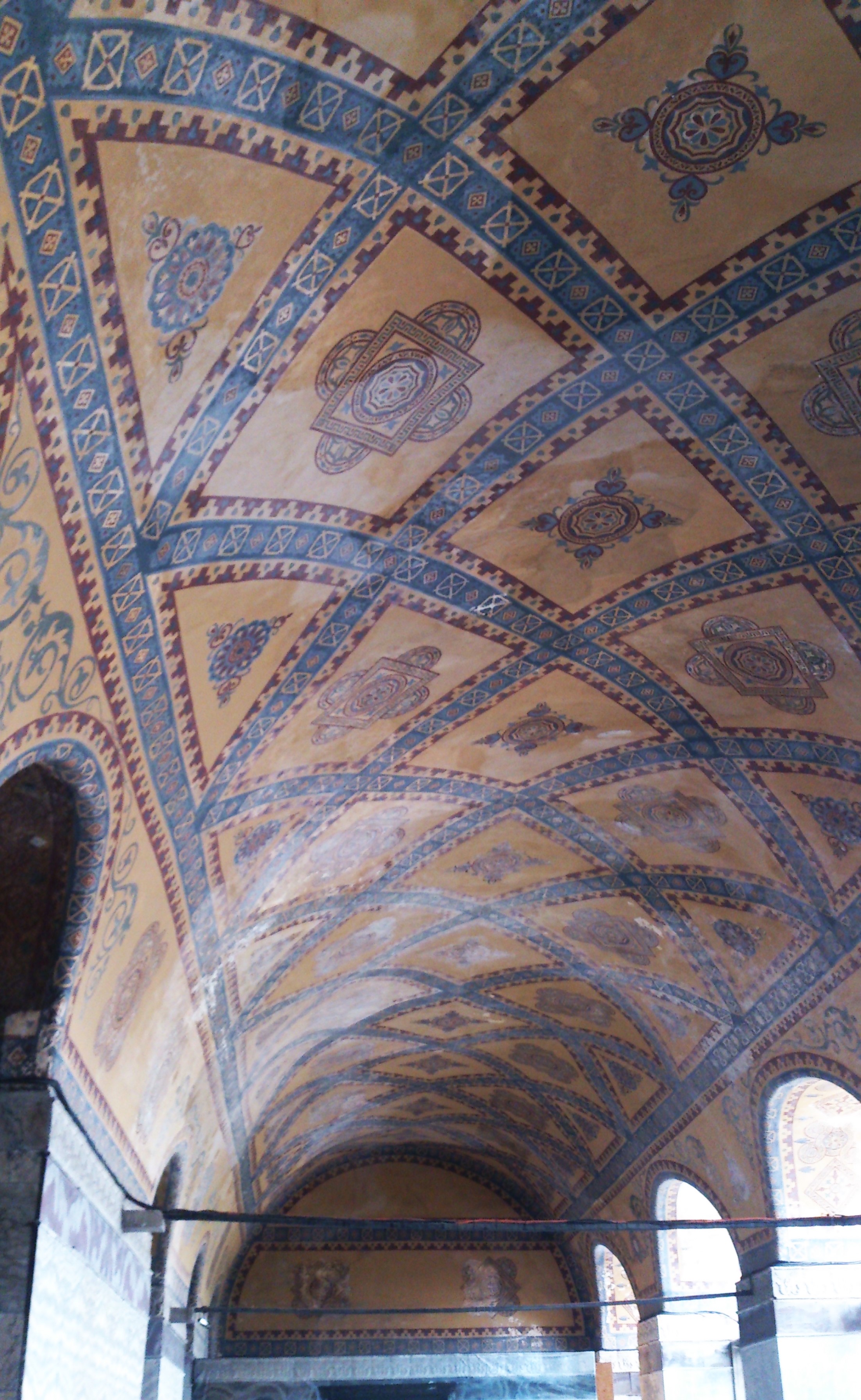 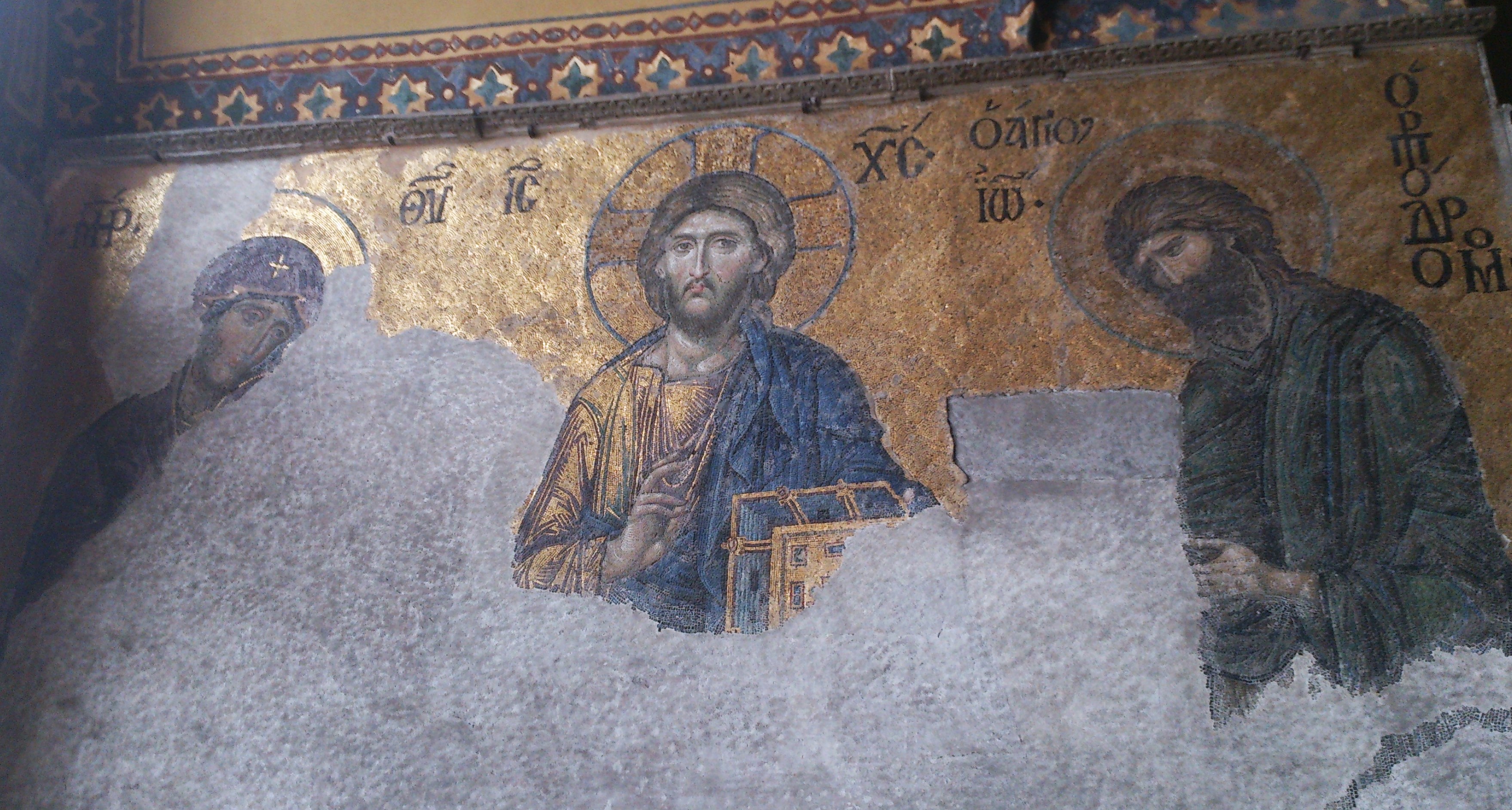 This masterpiece of Byzantine mosaic art is located at the upper south gallery. This mosaic is known as “Diesis”, and dating back to 13th century. The figures on it are Jesus in the middle, Virgin Mary on the right and Saint John the Baptist on the left. It is made out of gold and that is why you cannot use flash while taking pictures because gold tends to get darker. The missing pieces were stolen, actually scraped down in between conquering of this sacred place. 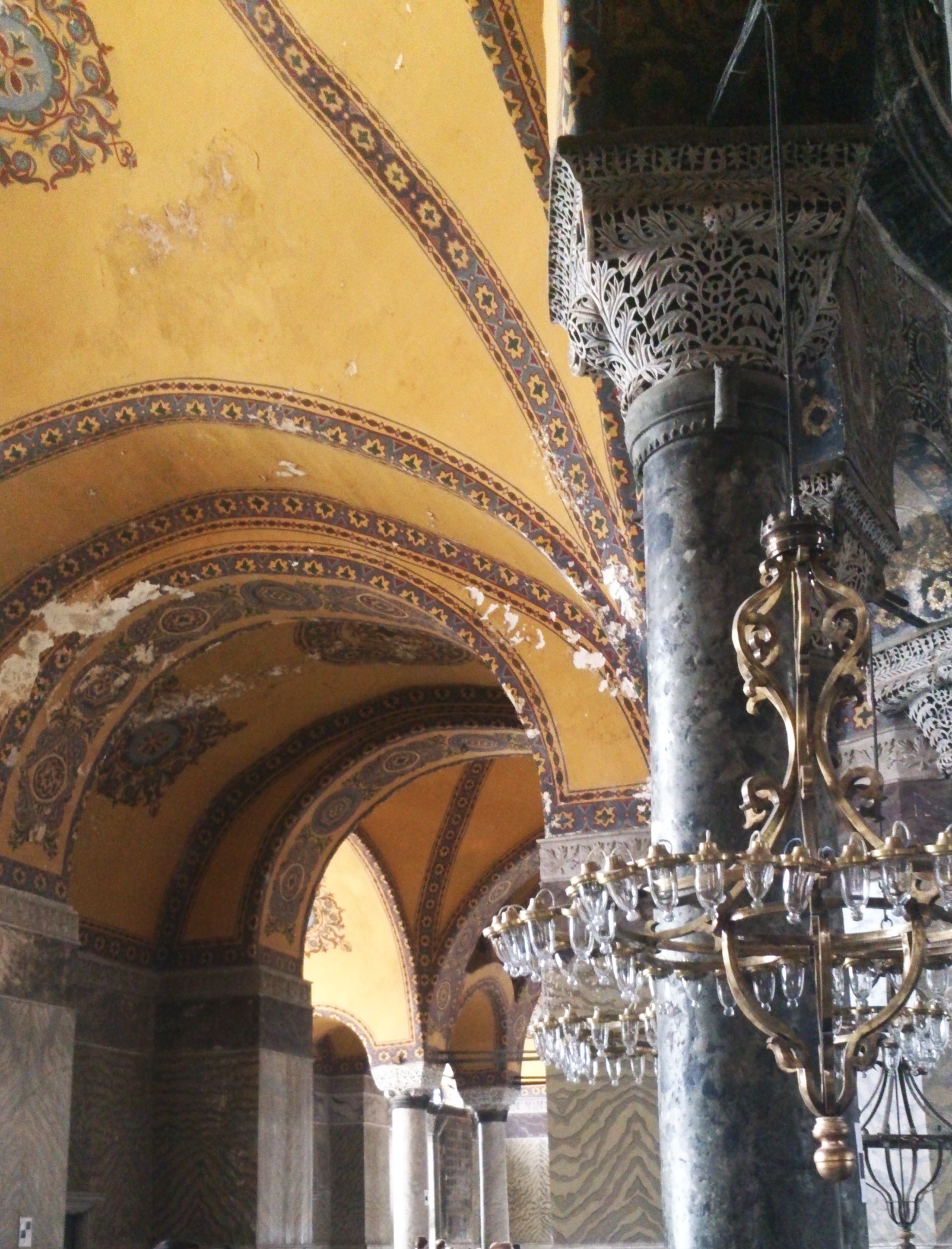 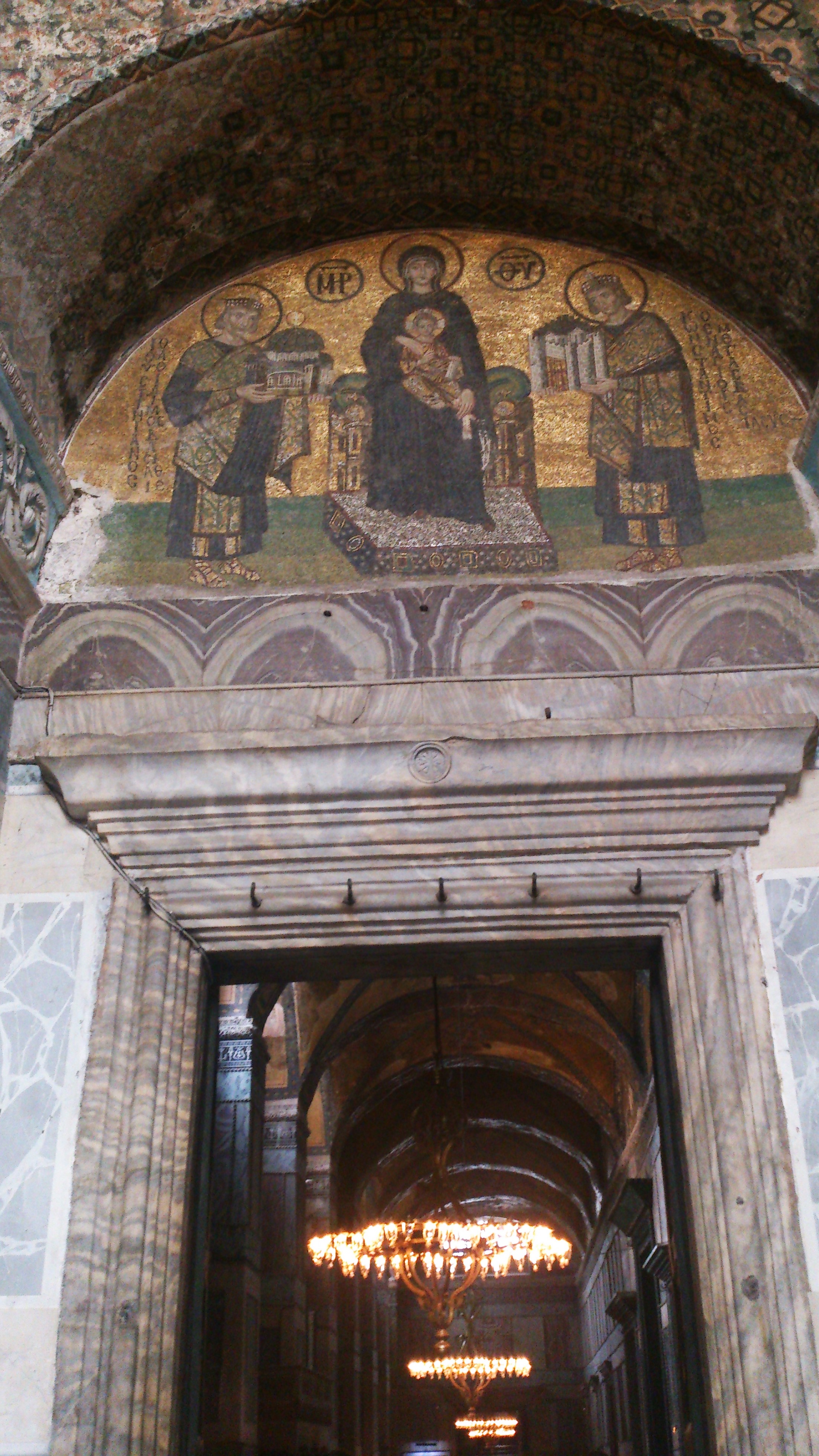 At the exit of the church make sure to look back to see this 10th century mosaic of Constantine the Great, Virgin Mary who holds Christ Child and Justinian. 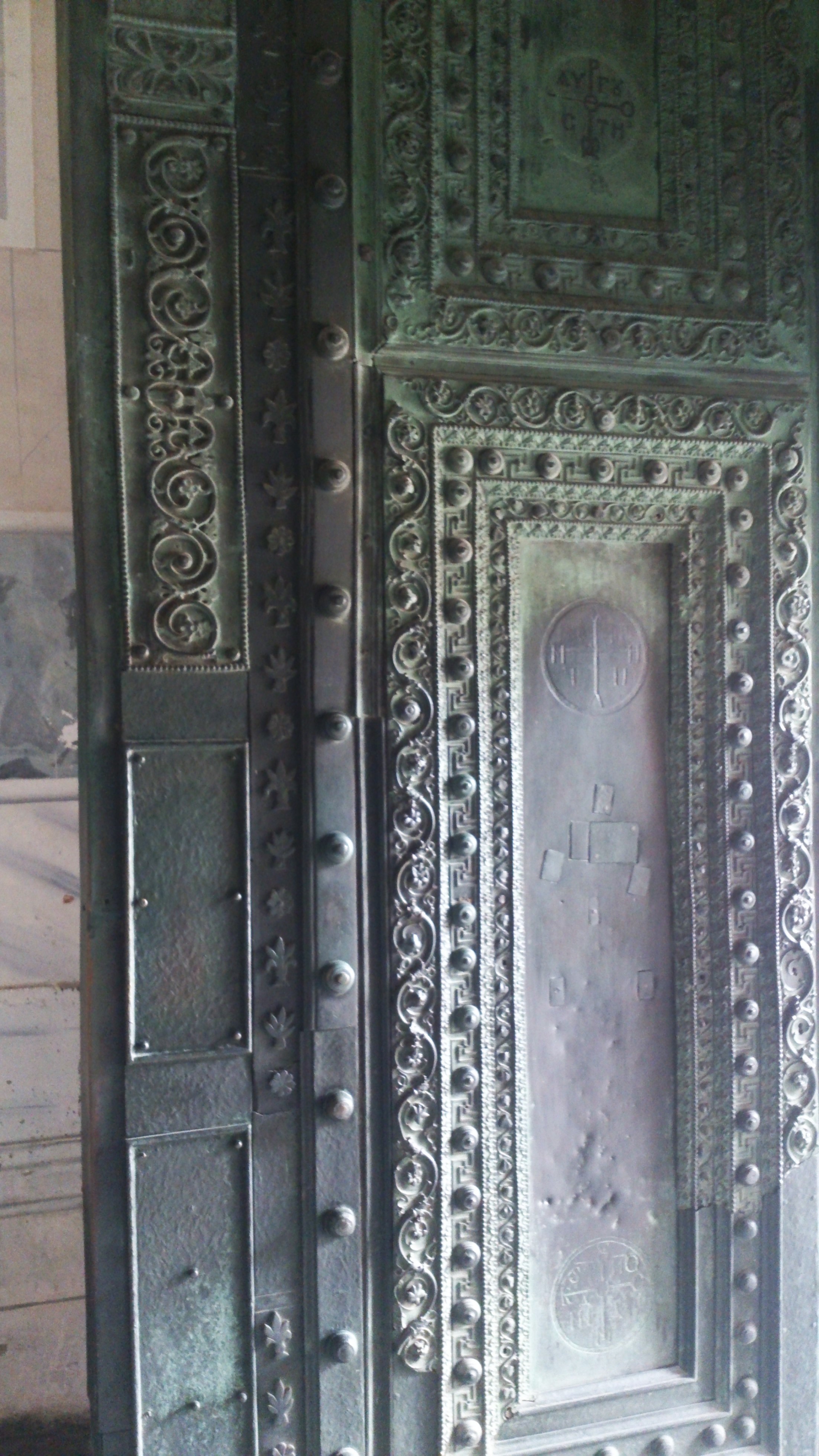 This magnificent bronze gate at the exit of the Hagia Sophia dated from the 2nd century BC. It is pretty impressive to see something like that.

Ok my fabulous readers, that’s it for now. I’ve already gave you a lot of information, so read the rest about this amazing day in my next post.