While we were on the island public transport operators were on indefinite strike. Yeah, bad timing. We found out about strike the day we planned to go to Valletta. We couldn’t find a taxi, bus, ferry – nothing to reach city of Valletta. Everyone told us to give up, and stay in St. Julians for the rest of our holiday because there is no way to get there and no one knows how long it will last. But we didn’t give up. We had only a few more days there and how to be on the island without visiting its capital city?!

Suddenly we saw one taxi driver and begged him to take us to the Sliema. After a certain time of negotiations and an hour of waiting, he took us to the ferry port. There were only emergency ferry rides from Sliema, and somehow we managed to get into one to Valletta. We were sooo happy. 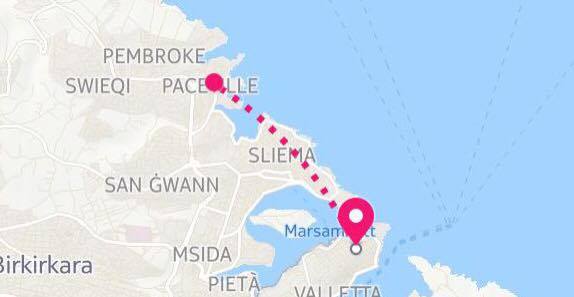 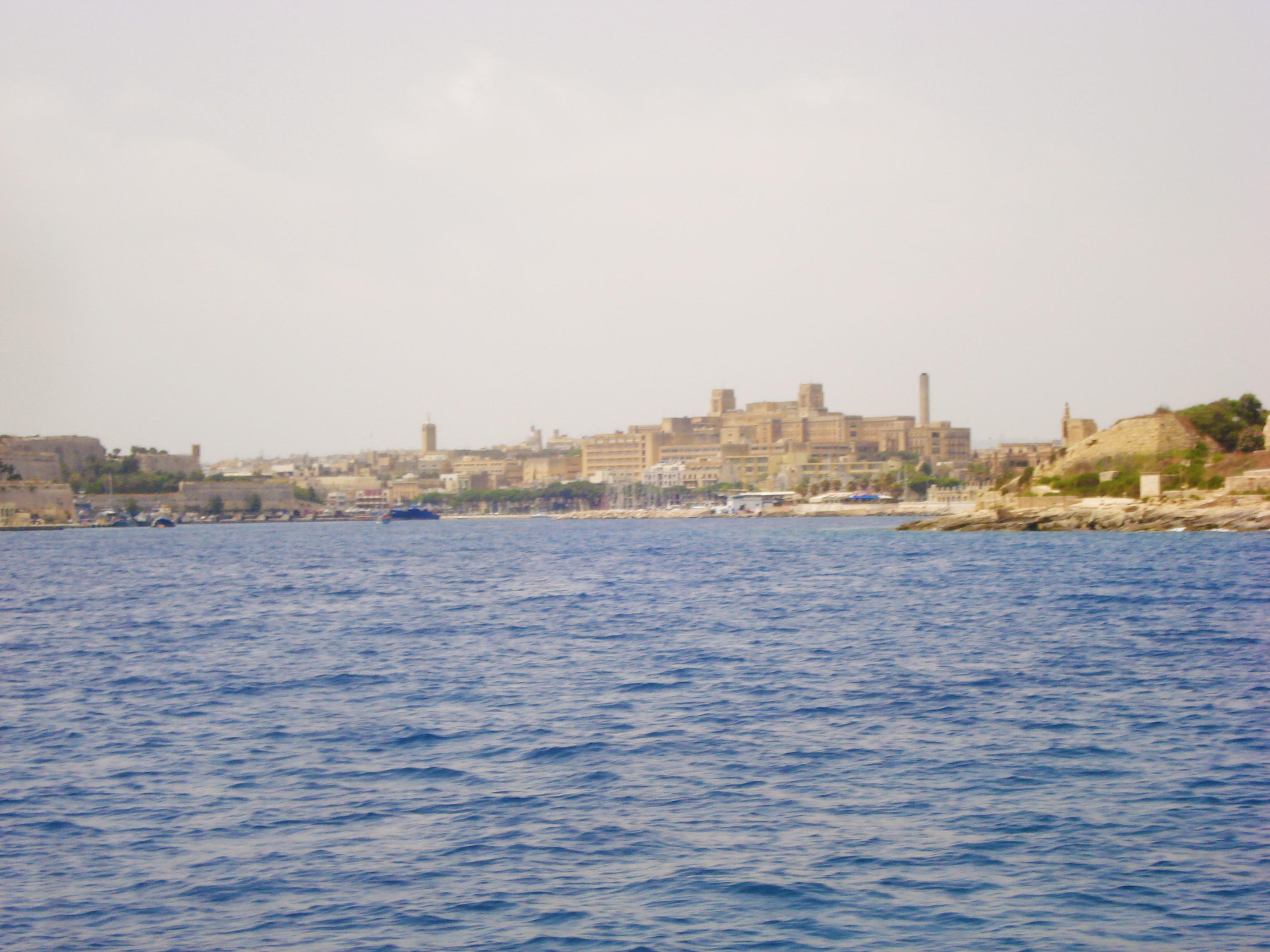 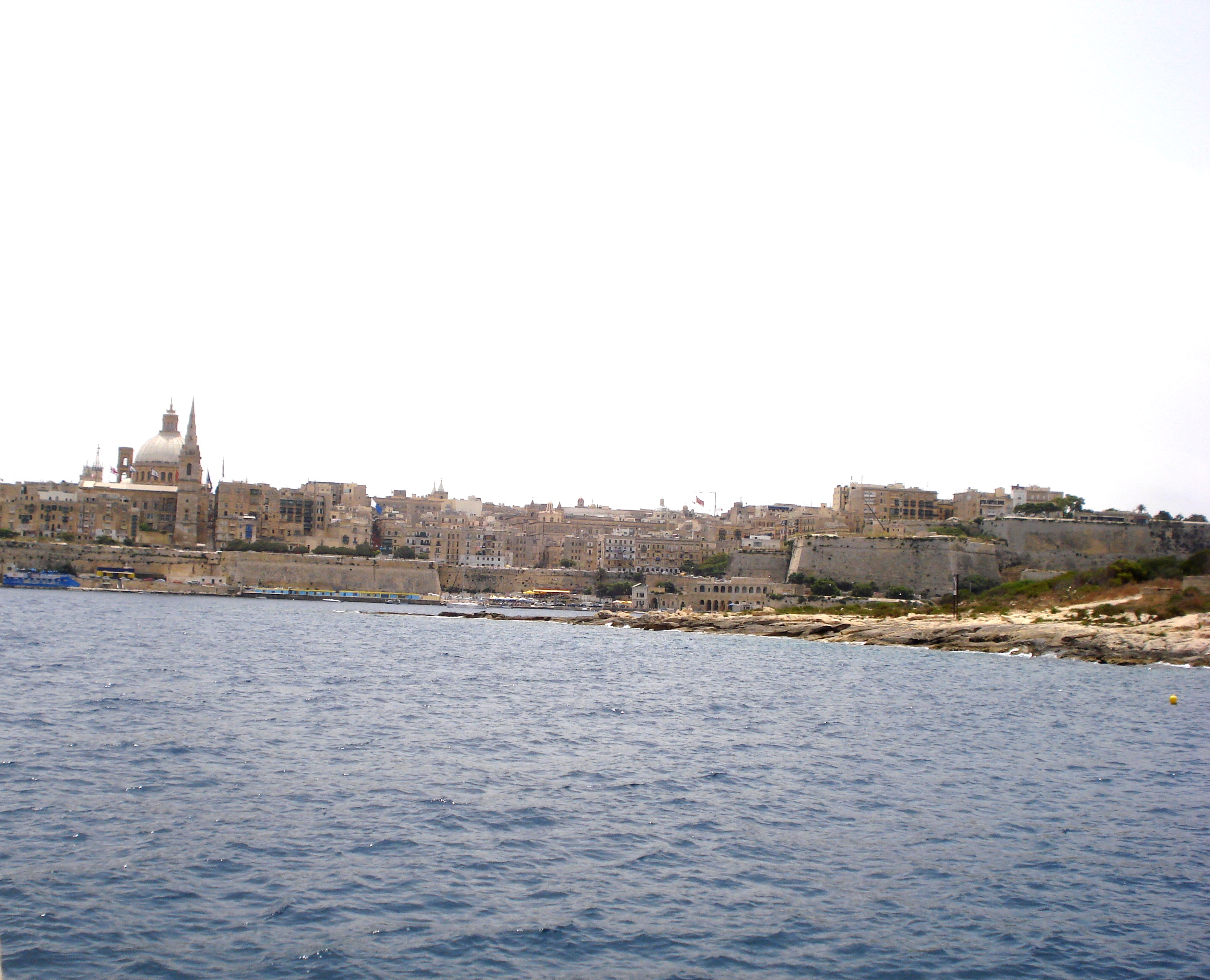 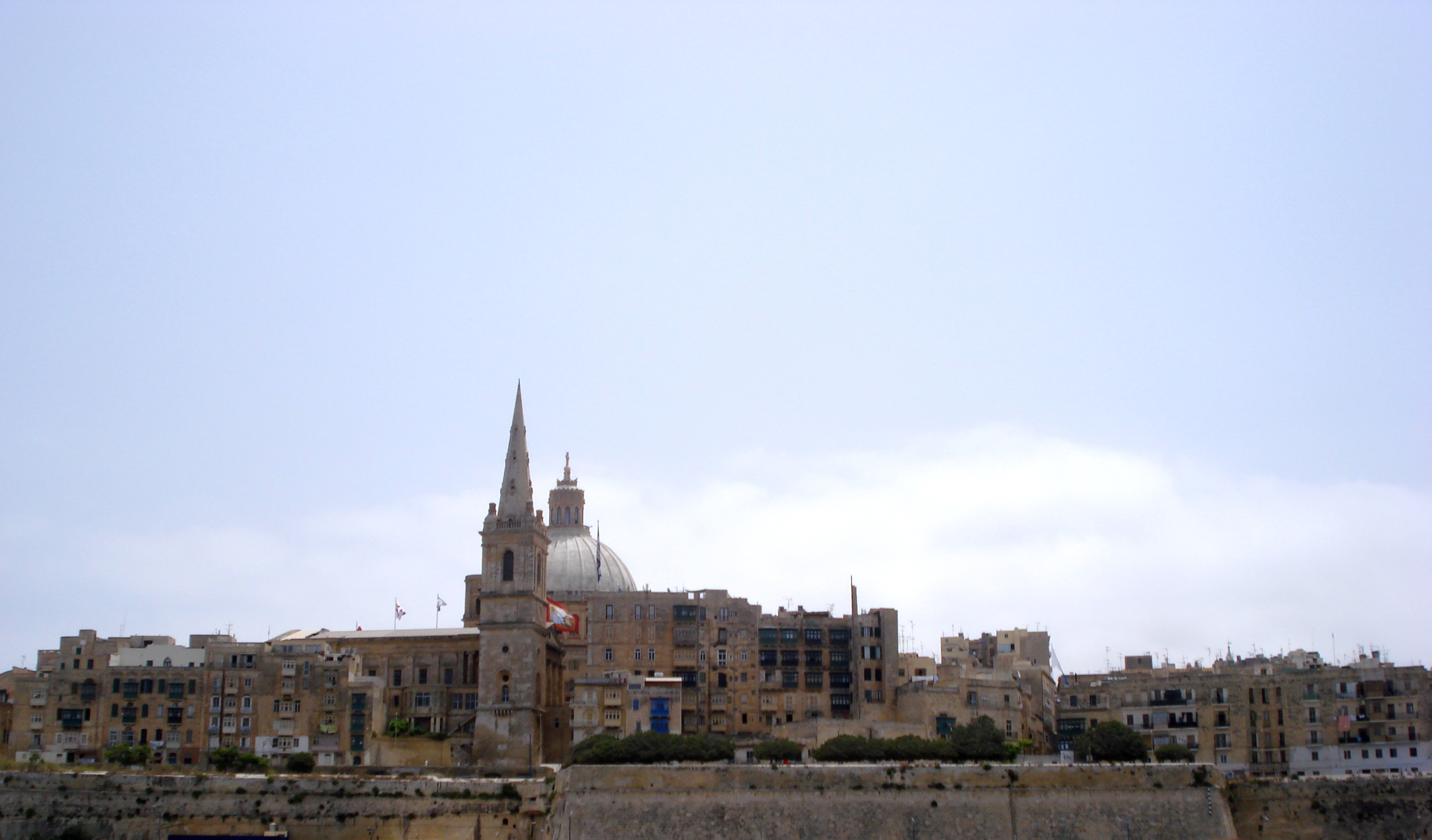 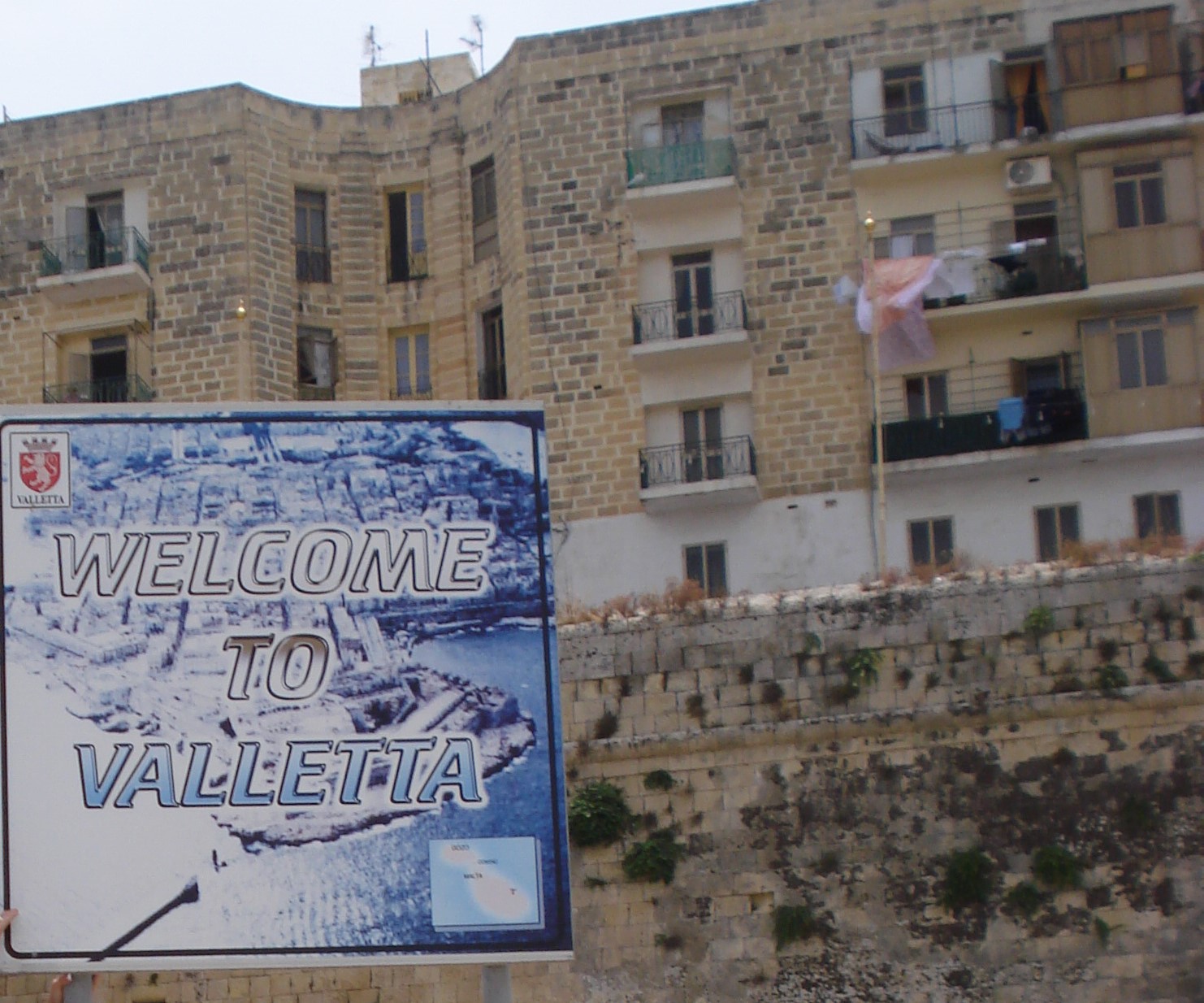 Valletta is a capital city of Malta and is the most southern capital of Europe. Since 1980 the city of Valletta is one of the World Heritage Site by UNESCO, because of its rich history. 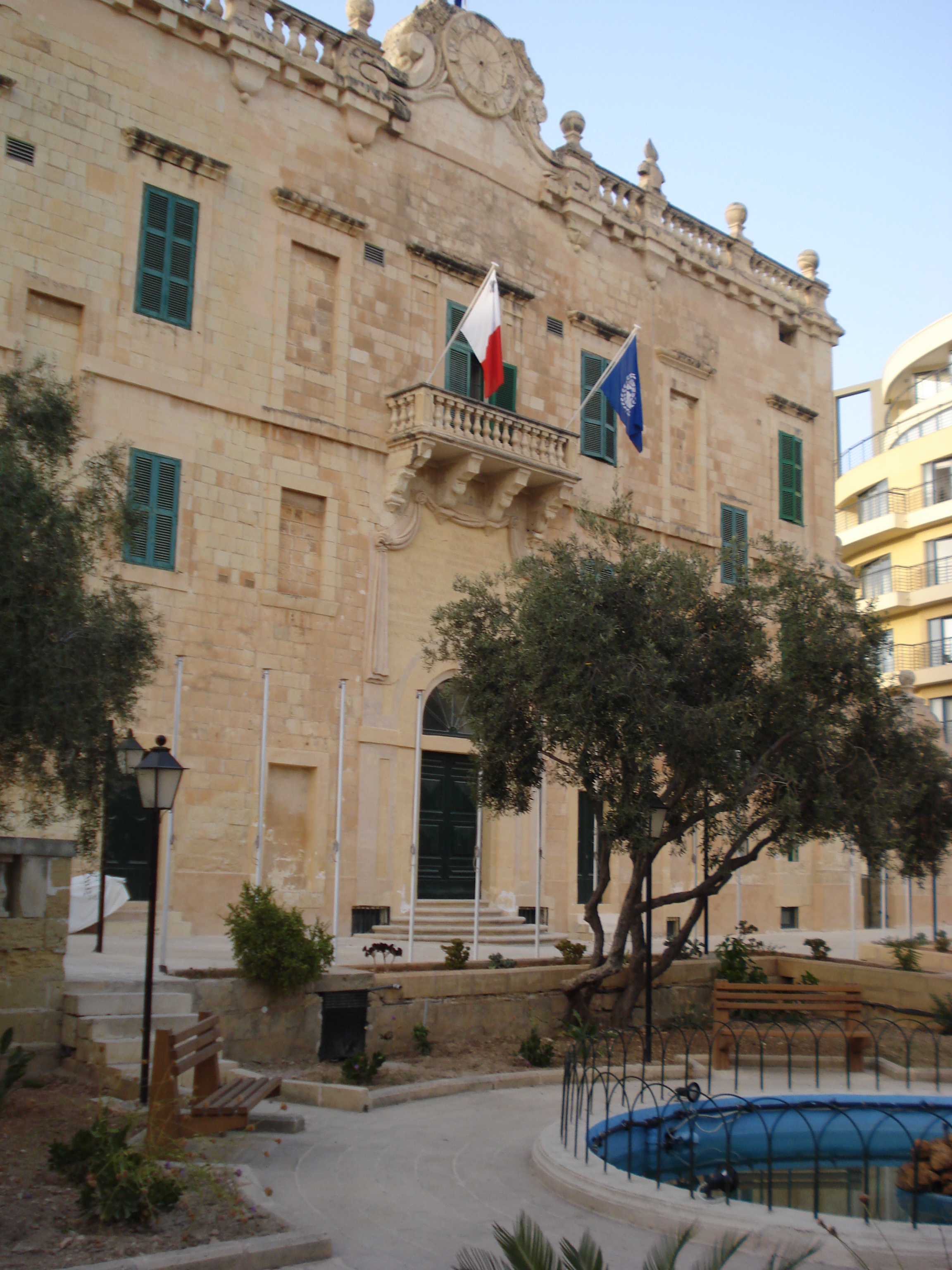 The island was awarded the George Cross for its heroic resistance during the Second World War. An image of the cross is displayed on the flag. 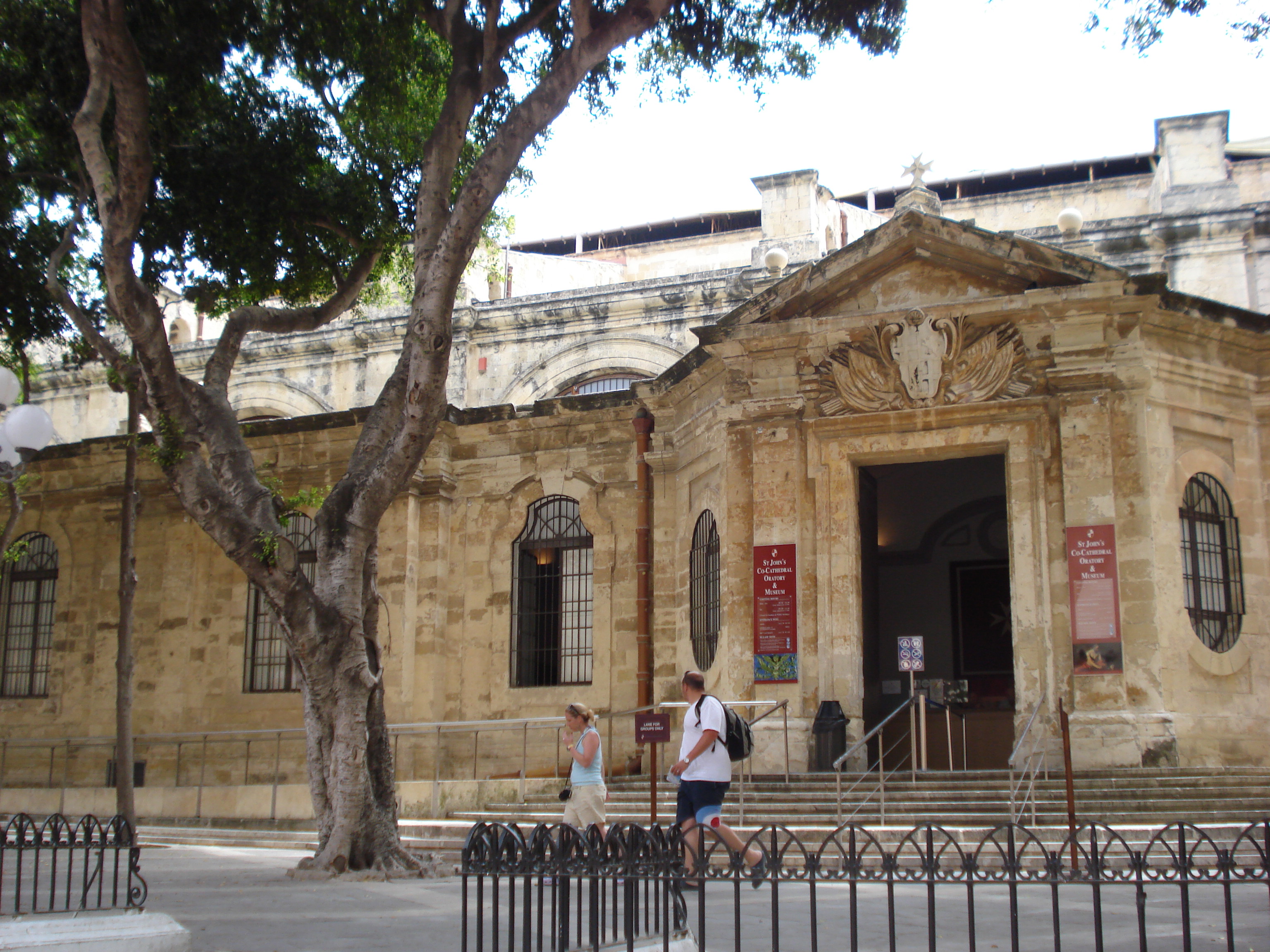 St. John’s Co-Cathedral was built by the Knights of Malta in 16th century. 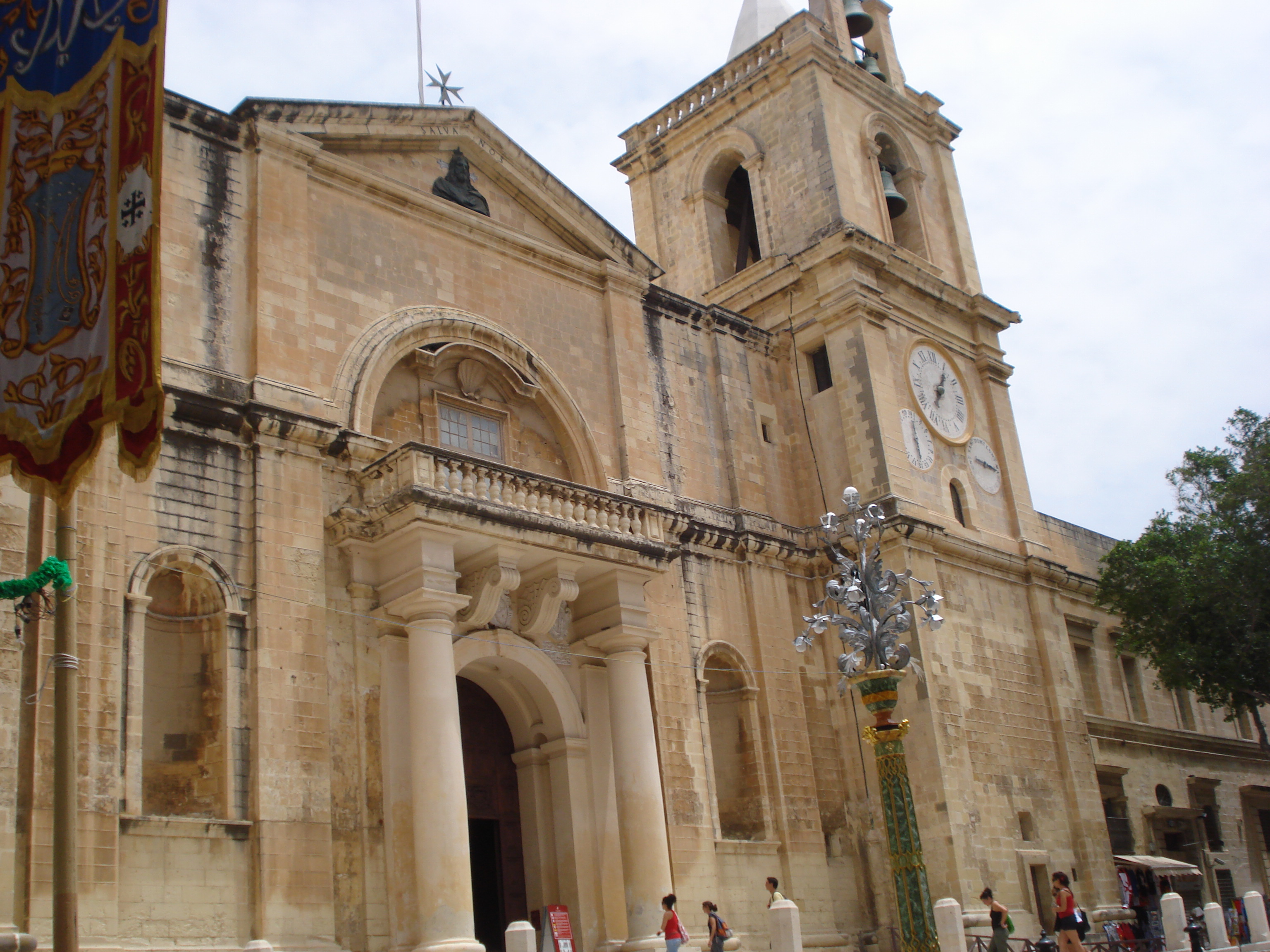 When you buy an entrance ticket you get a slippers (for one use only) because you are not allowed to walk over a marble floor in your own shoes. That is a way they protect it from damaging. Underneath the floor are buried over four hundred Knights.

You will be provided with an audio guide also included in the entrance fee. 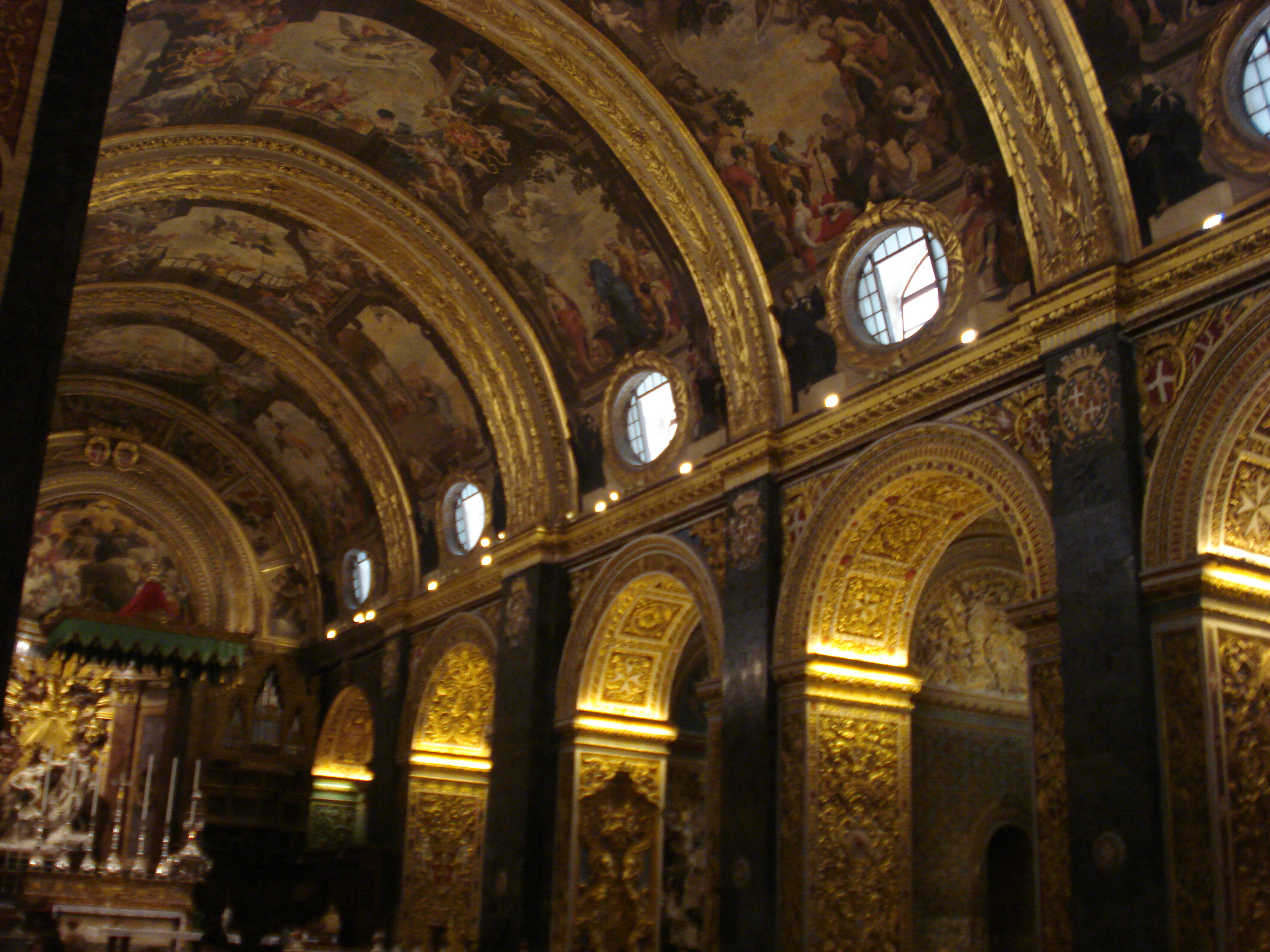 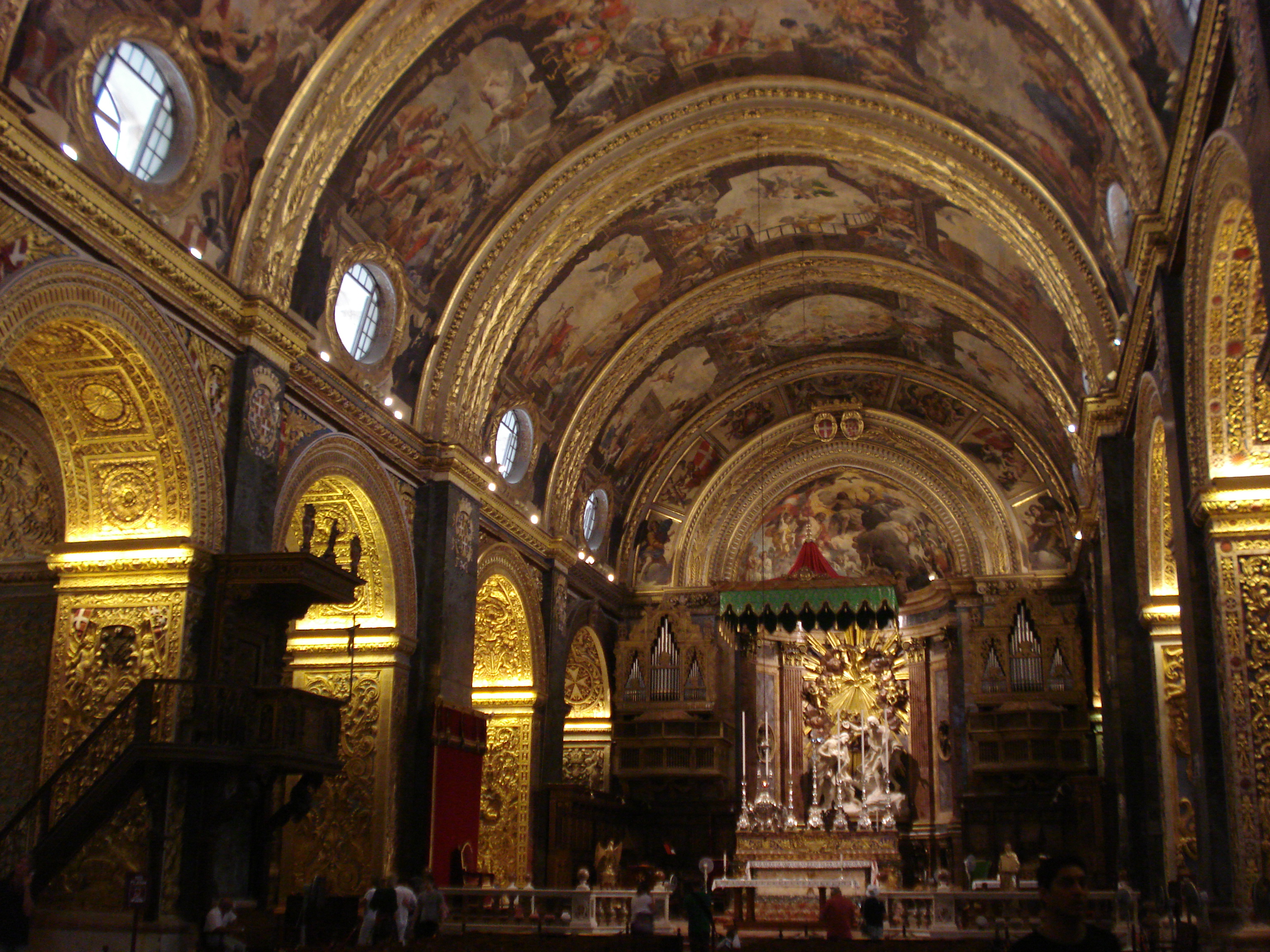 Interior of St. John’s Co-Cathedral is so impressive. There you can see a masterpiece of Caravaggio – the most famous artist who worked in Malta. Inside the Cathedral it’s allowed to take pictures of the interior without using flash. 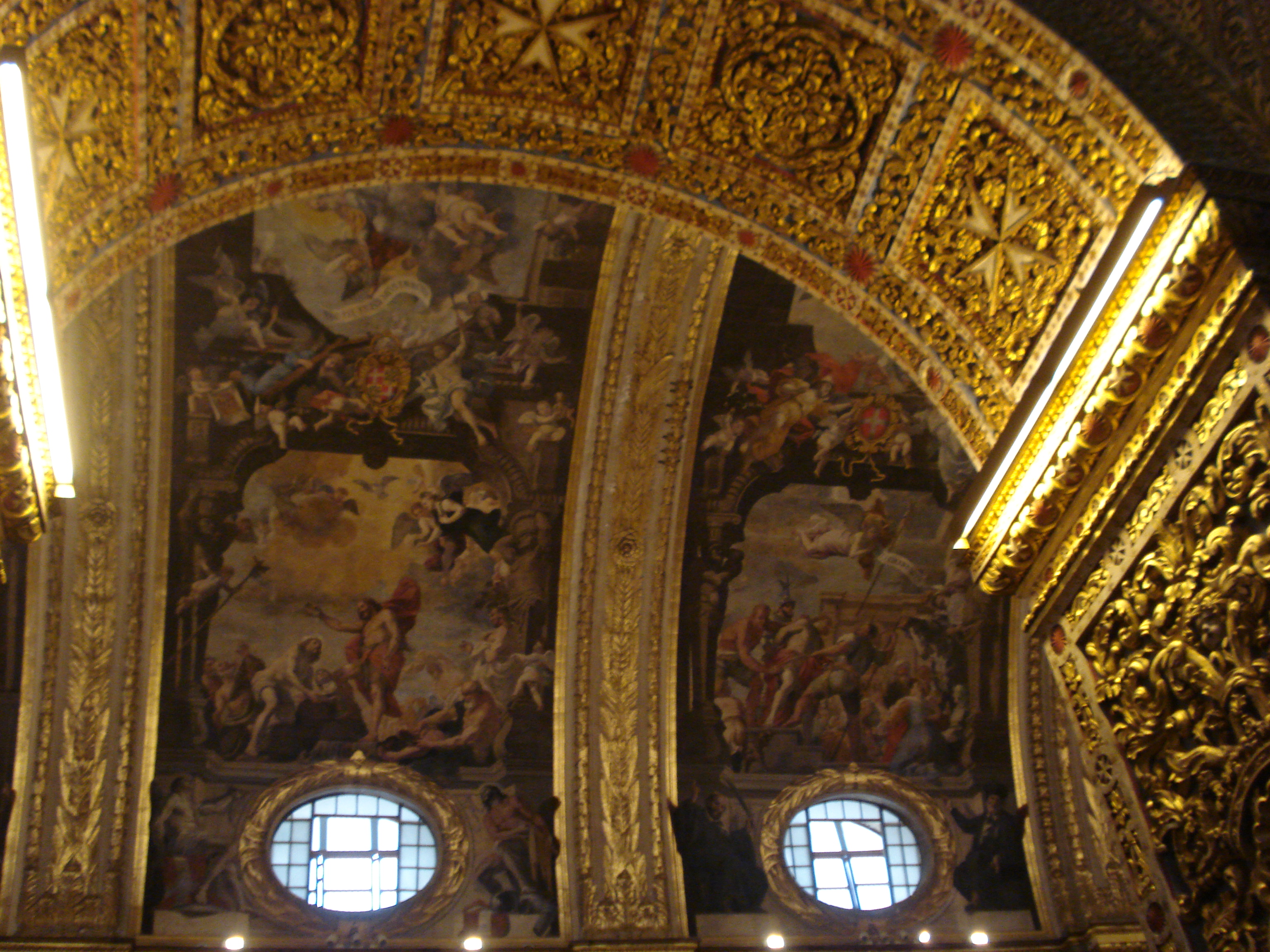 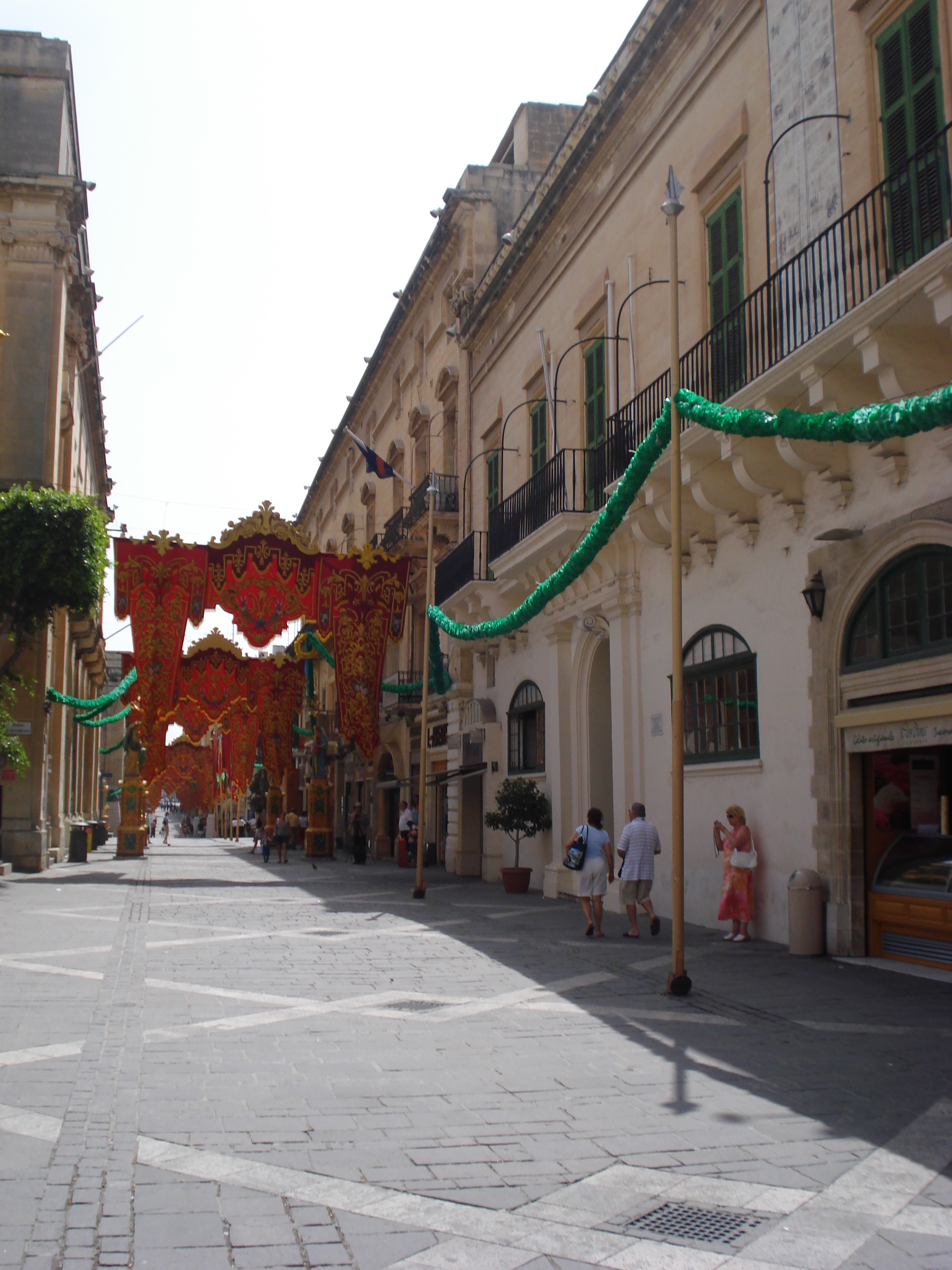 After visiting the Cathedral we decided just to wander around the city for a while and spontaneously find places we would like to see. 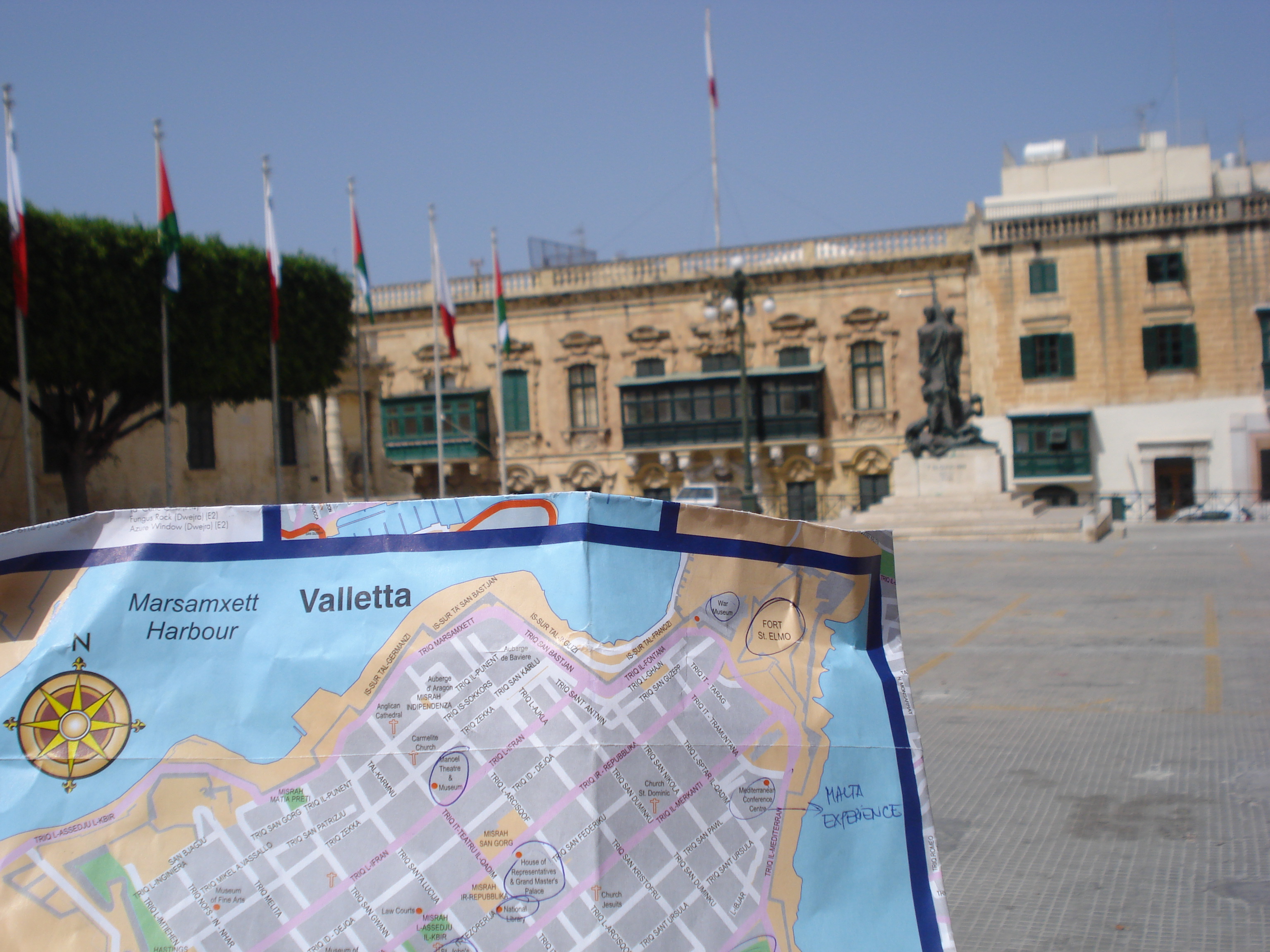 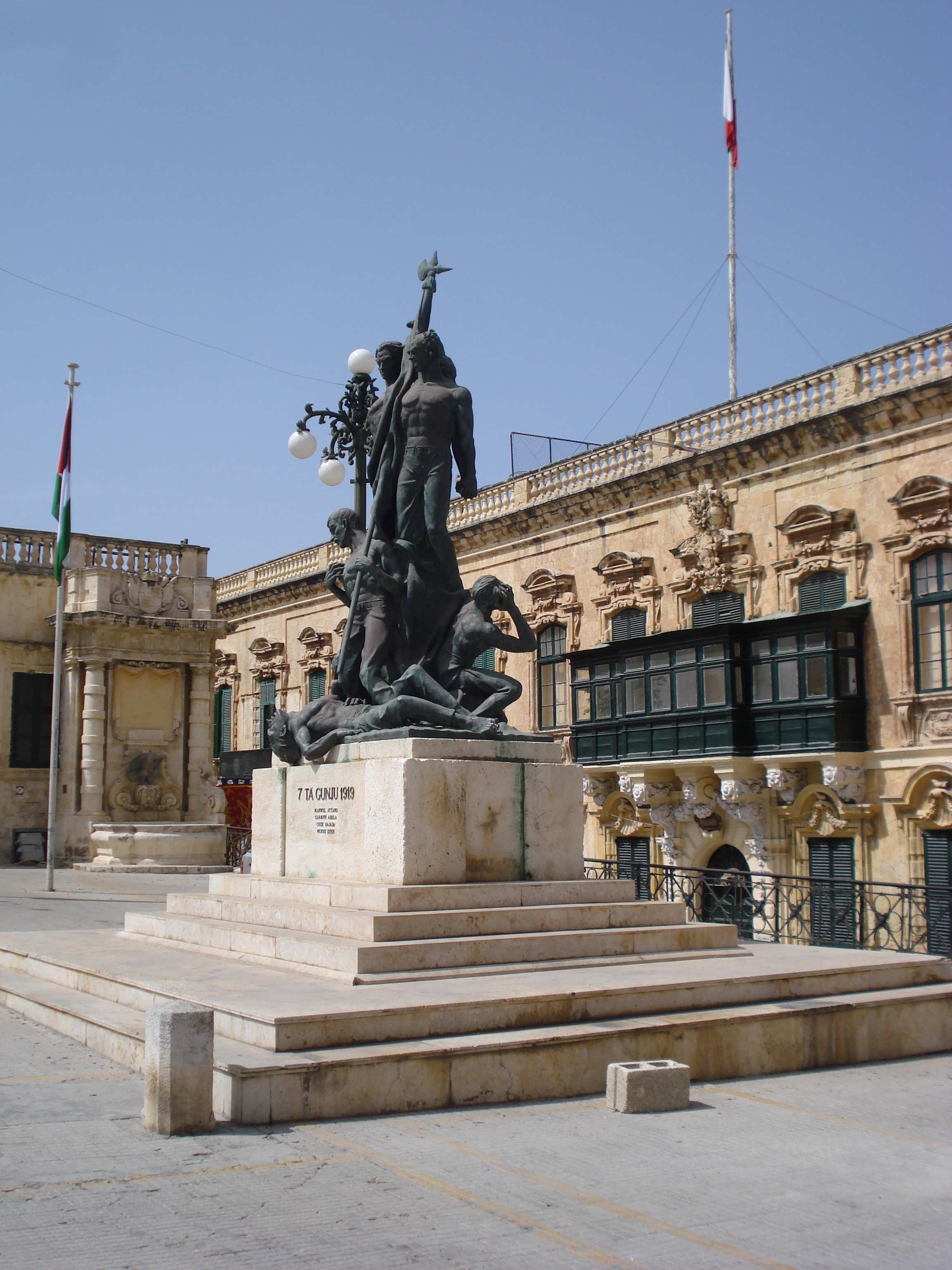 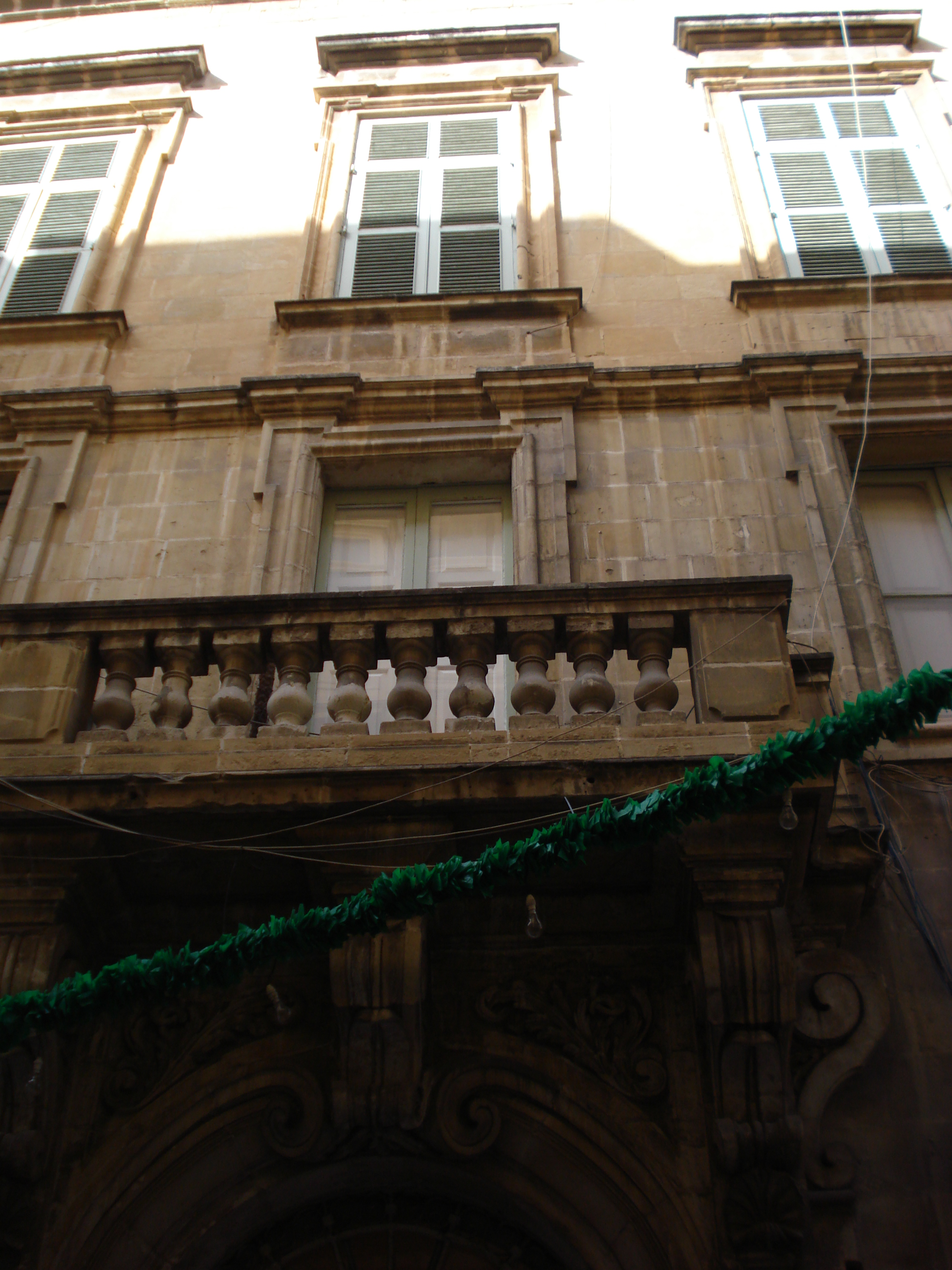 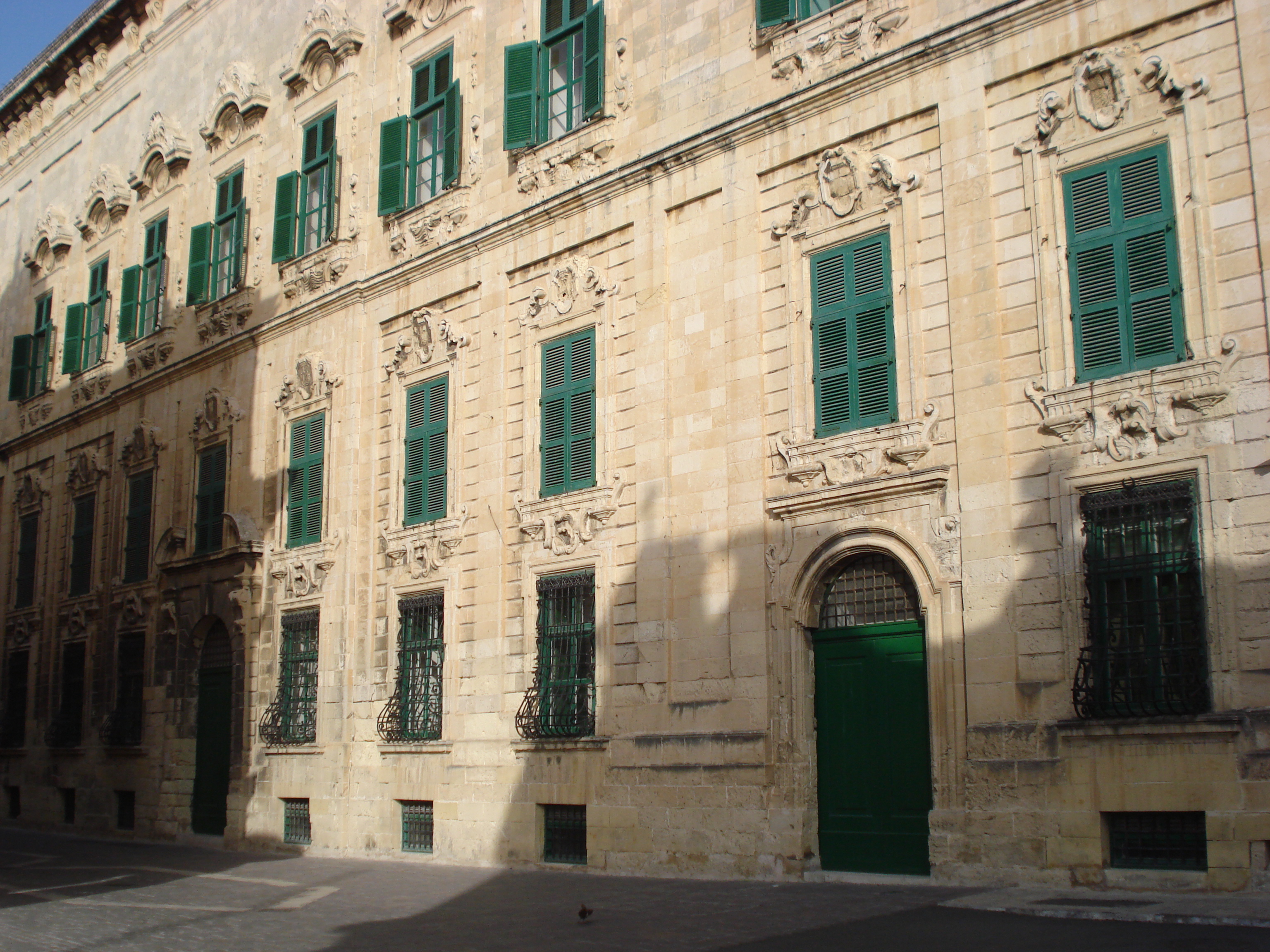 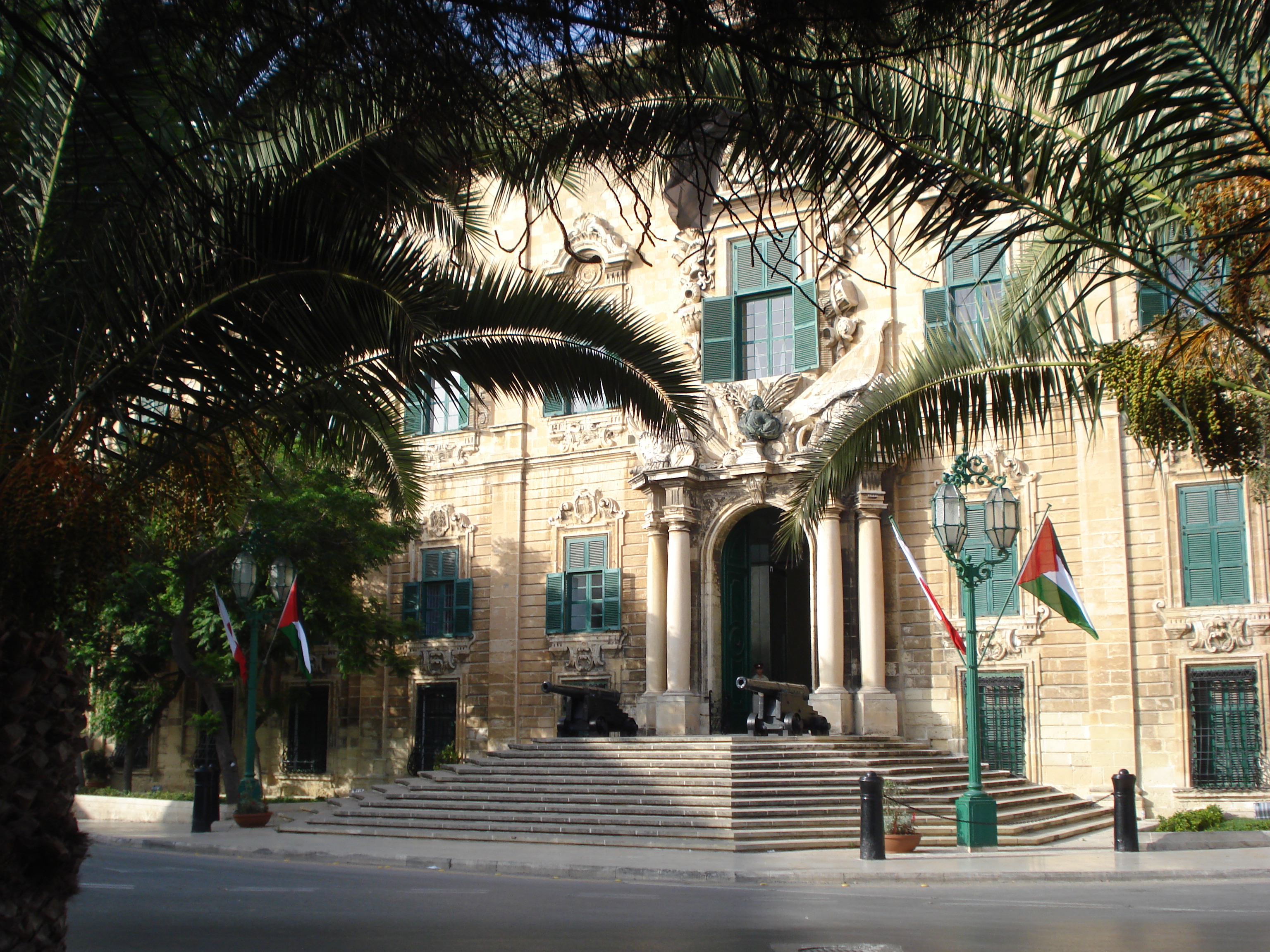 Façade of Auberge of Castile is an 18th century baroque palace. Auberges were the houses of the Knights during their time and there are several more auberges in the city. 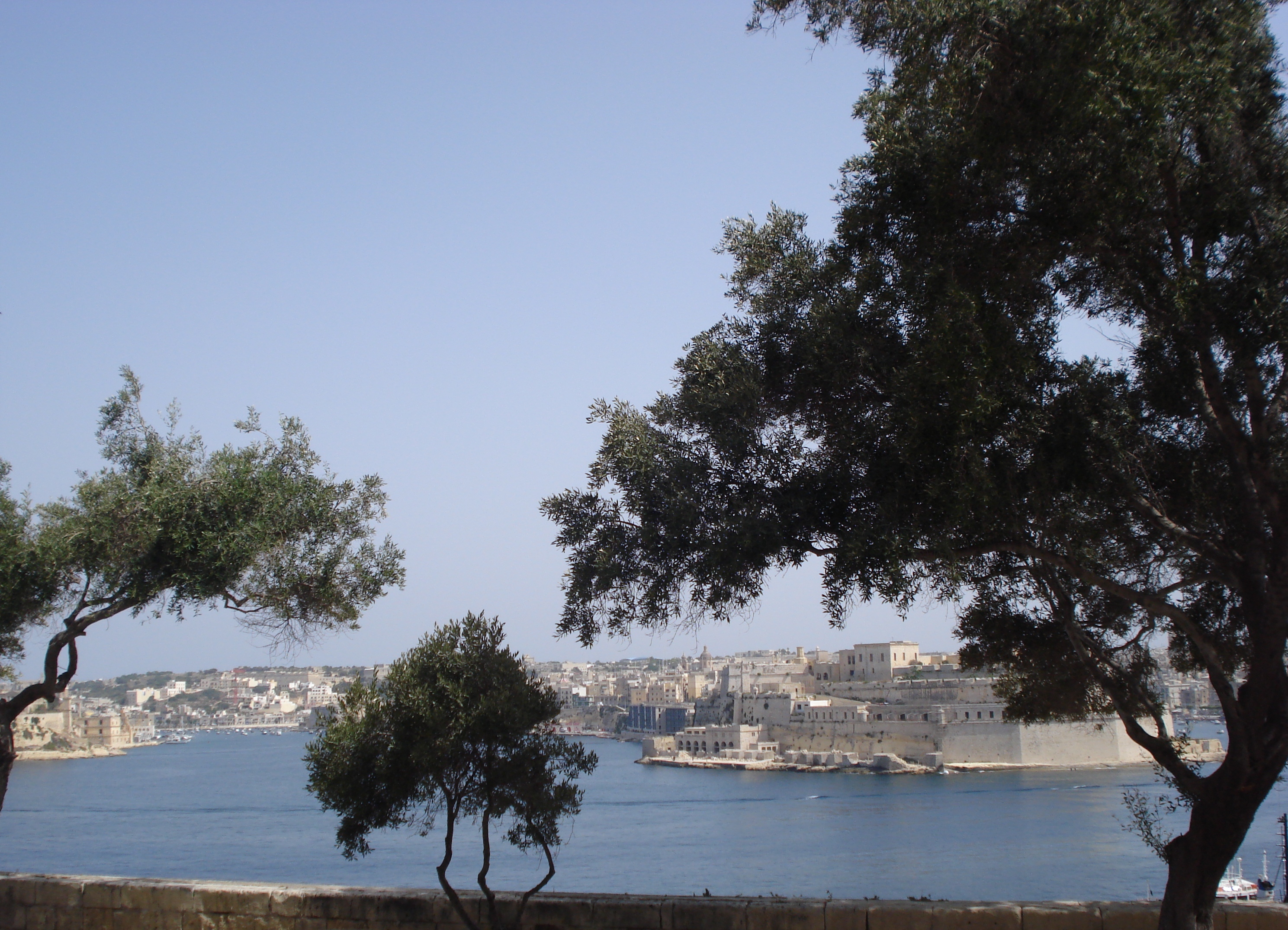 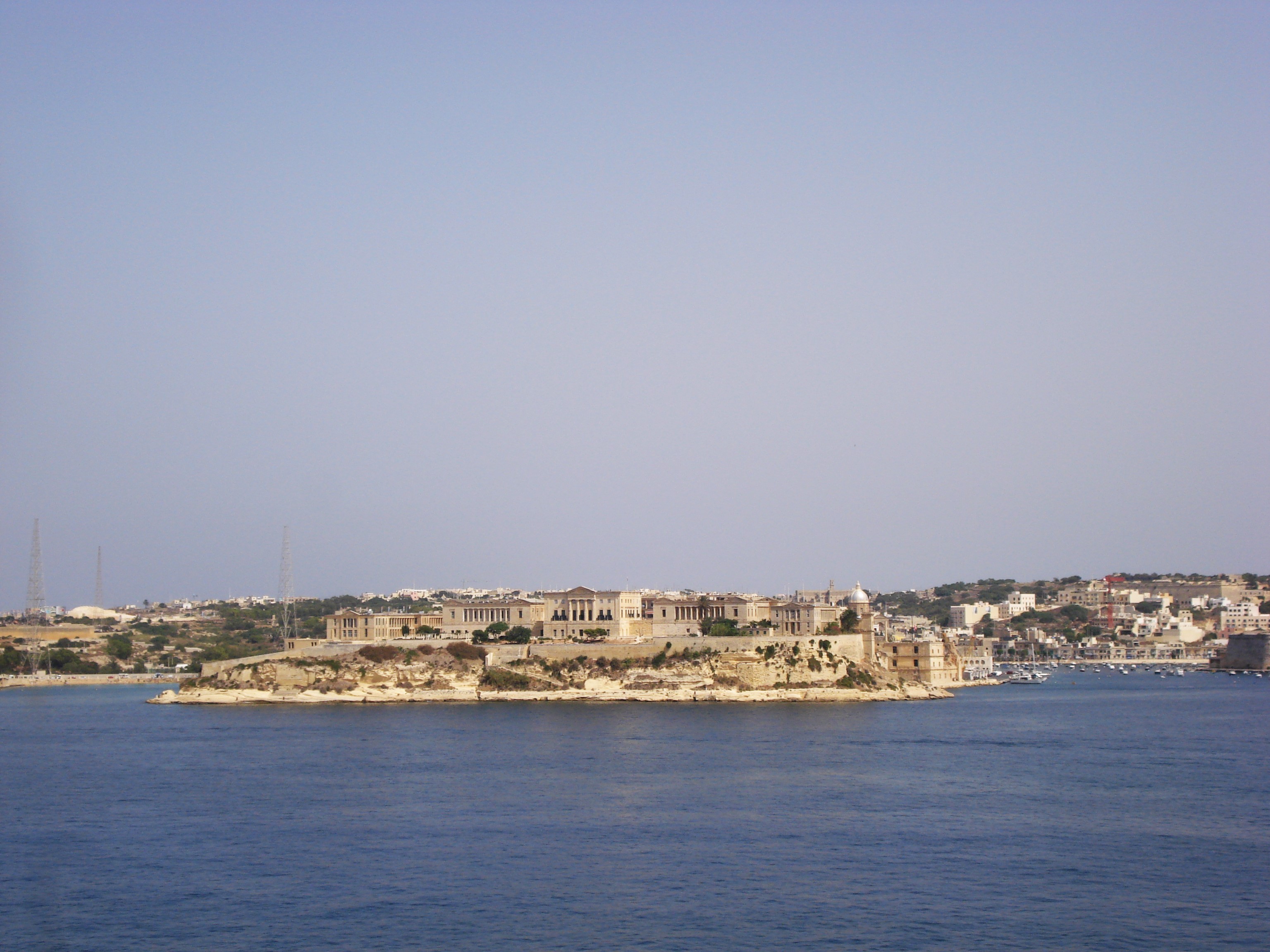 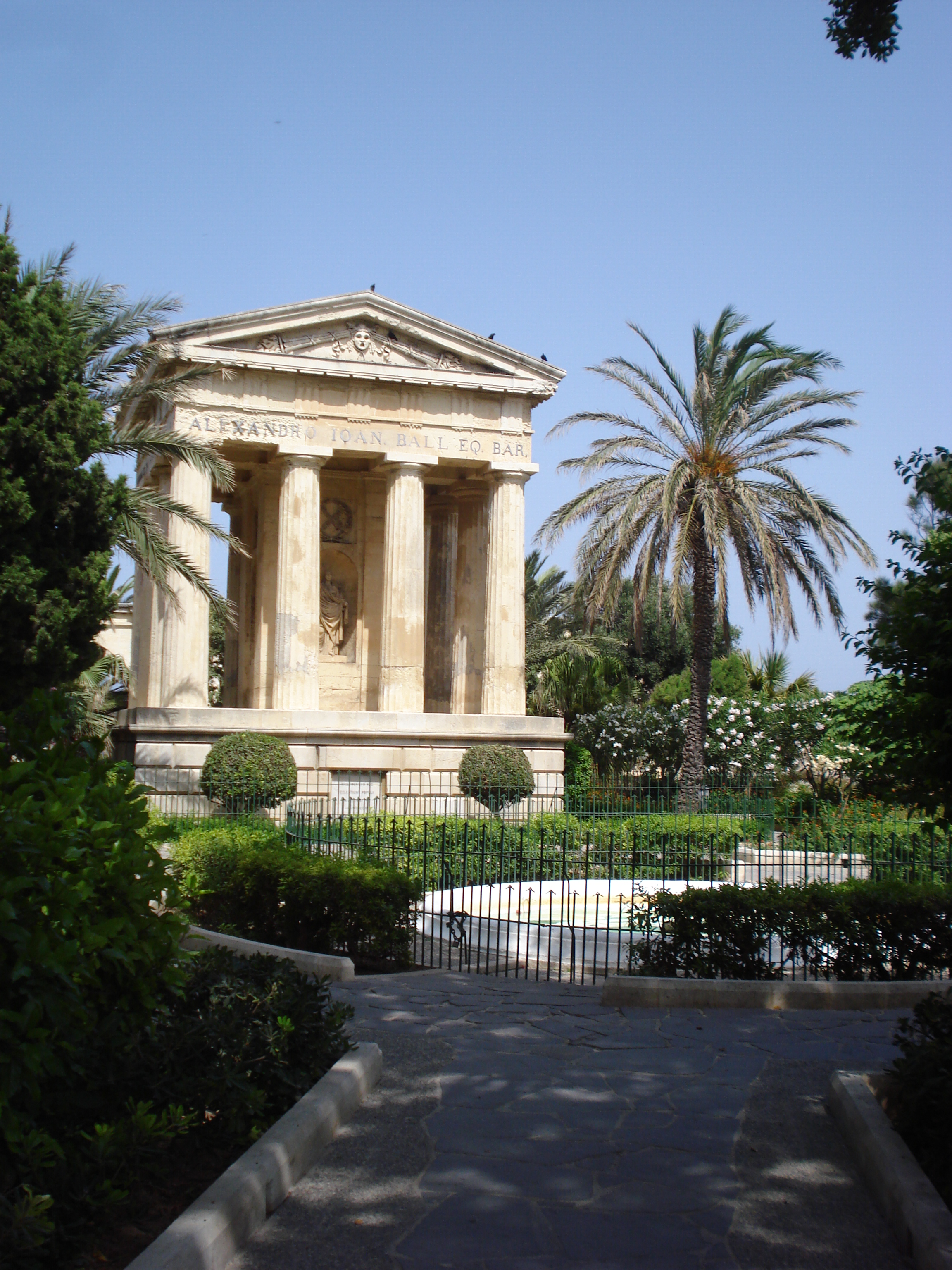 The Upper and Lower Barakka Gardens are twin gardens and offer a calm spot in the city with incredible view of the Grand Harbour. The garden was the gift of an eighteenth-century Italian knight. 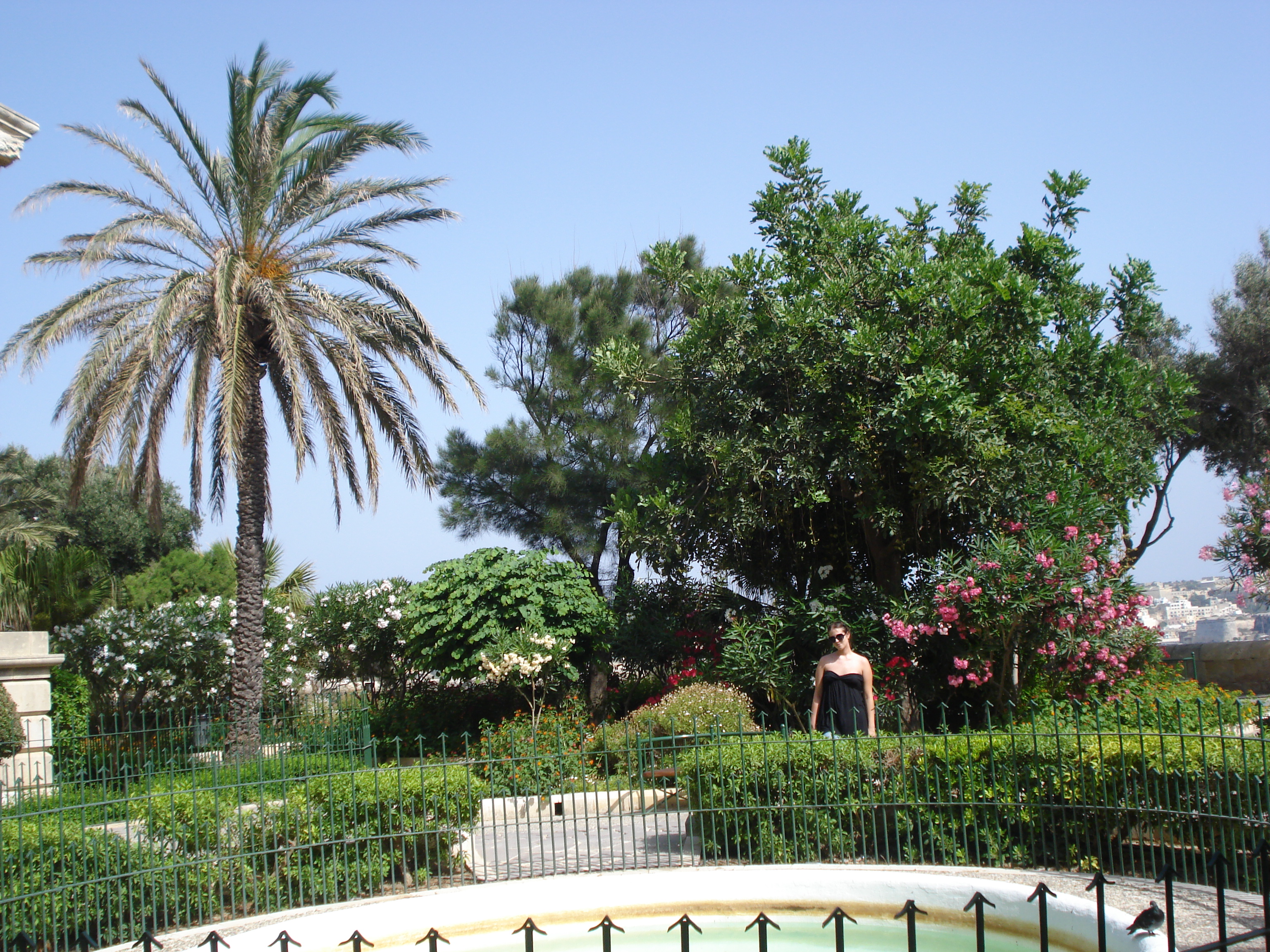 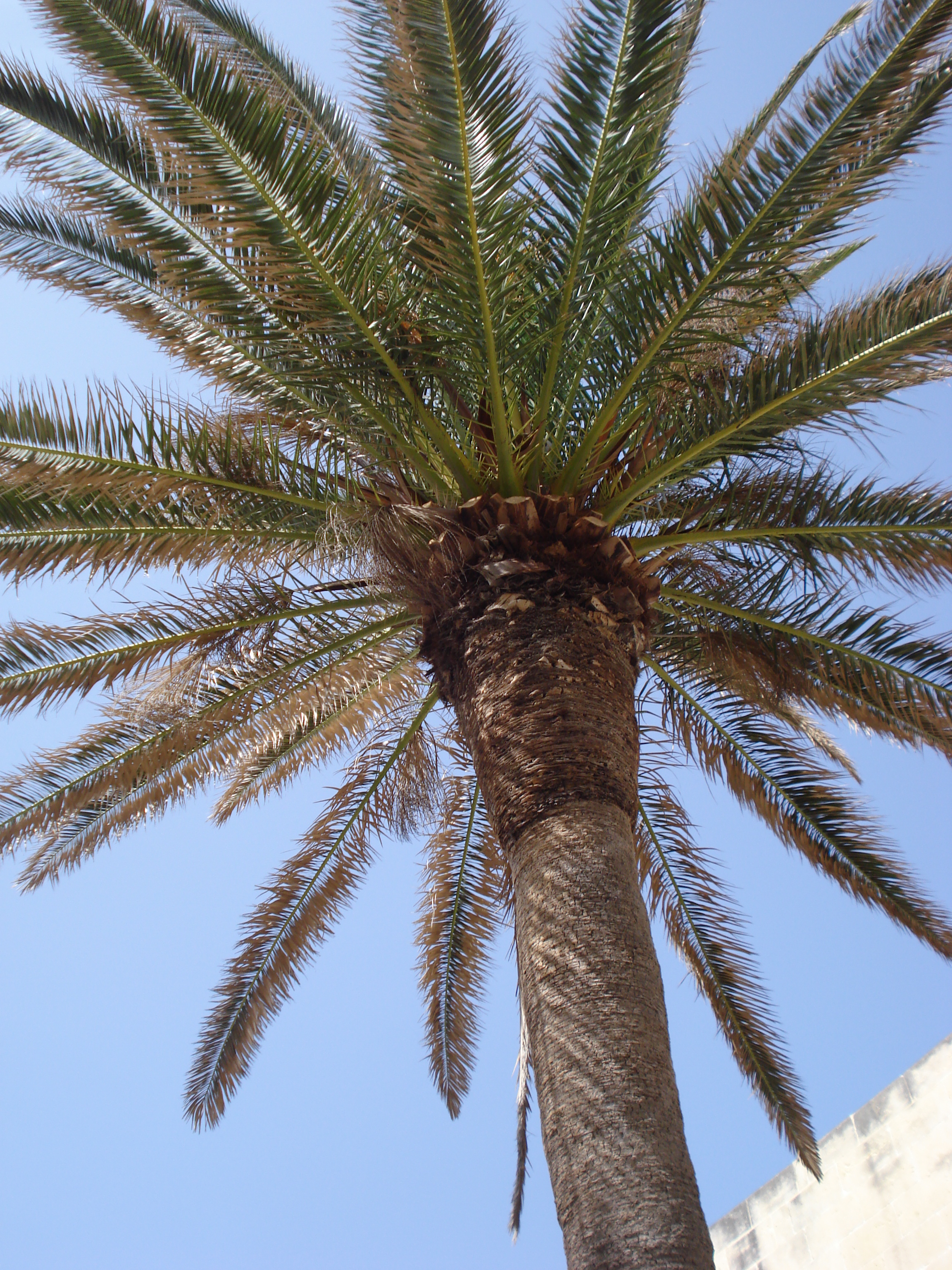 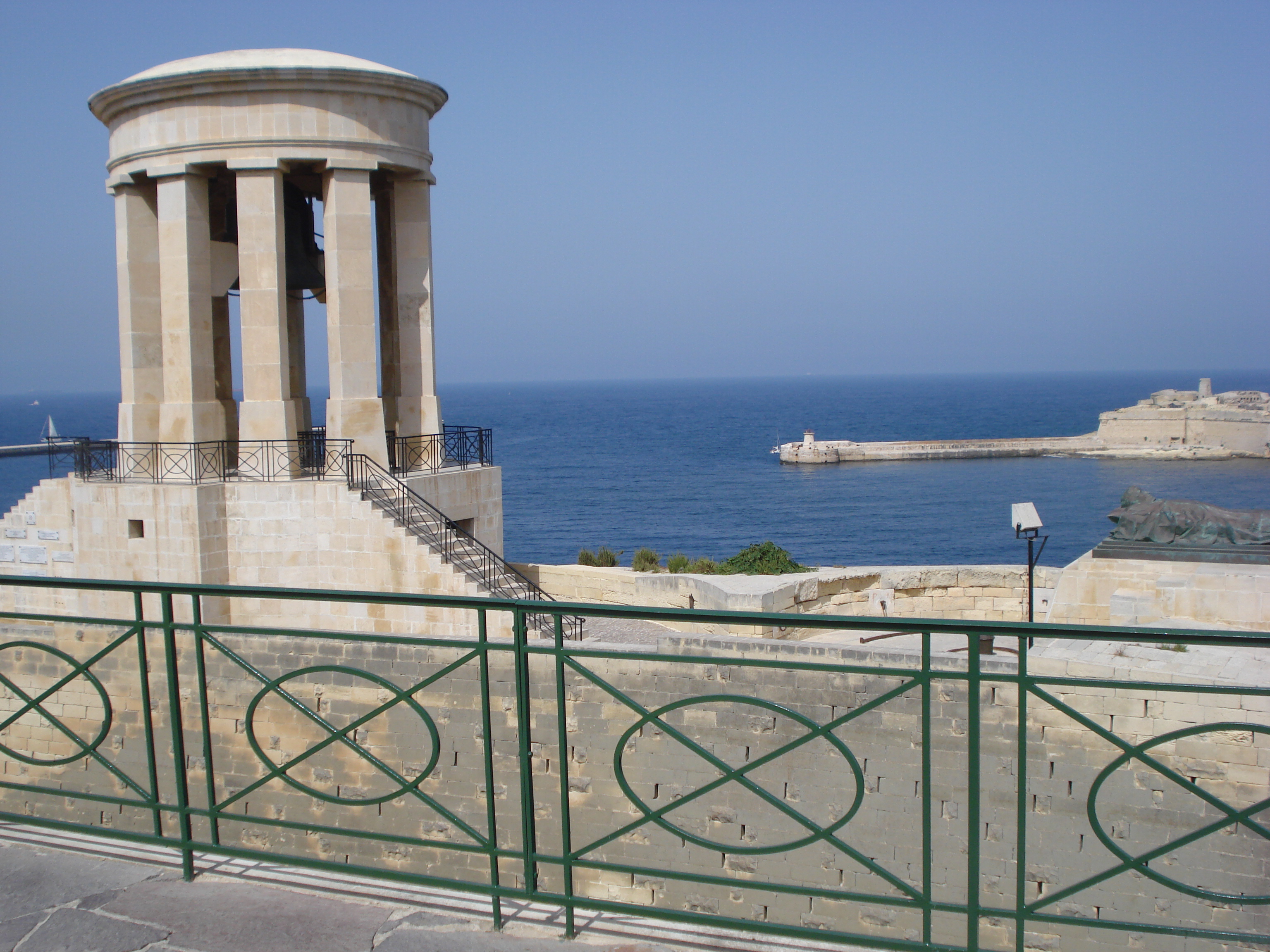 The Siege Bell is monument that was erected to commemorate the heroes who died on the seas during the Second World War. The monument is in the form of a round bell tower, and its bell rings at noon every day. 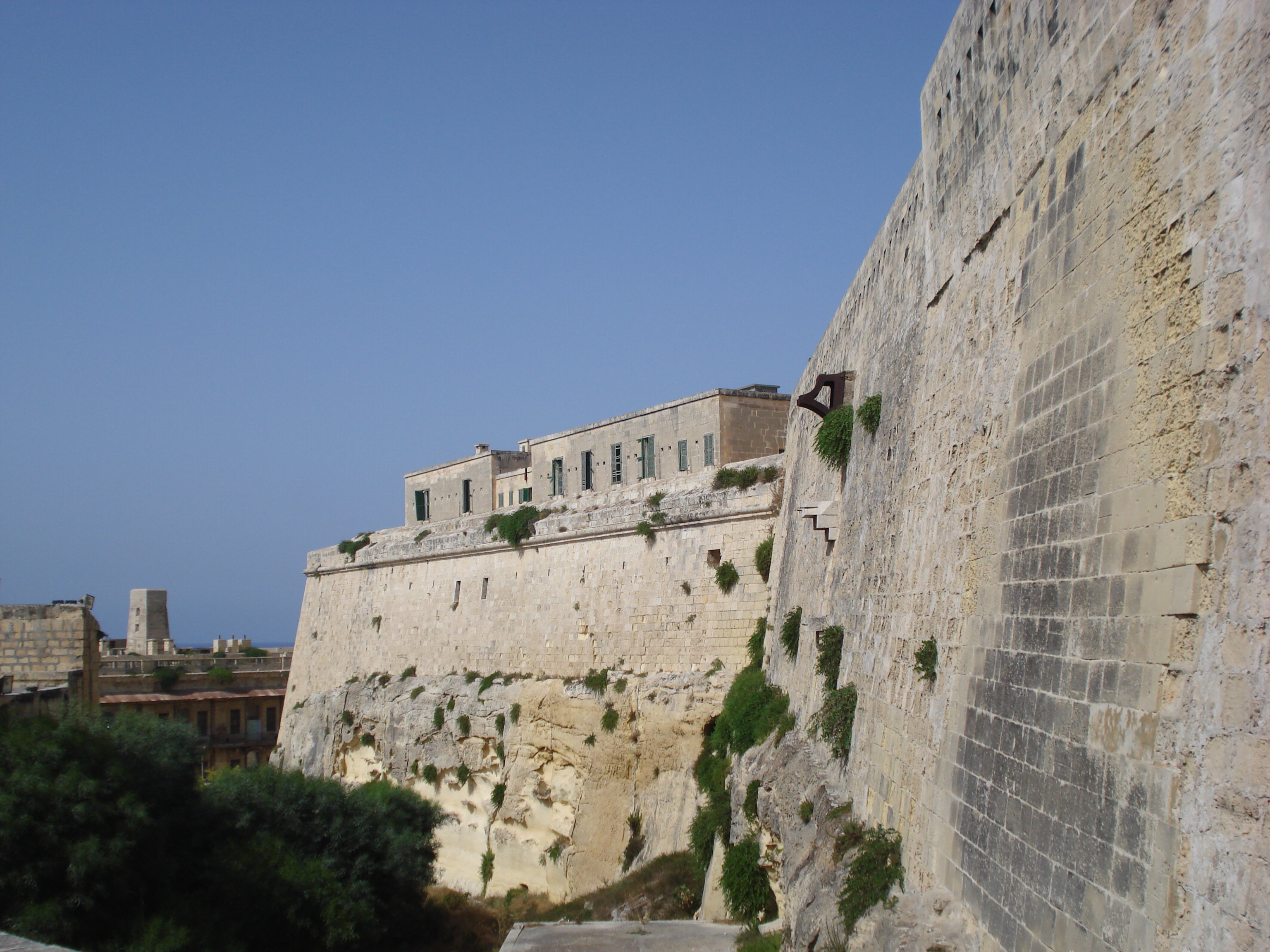 At the end of the day, when we were completely exhausted after all day walking, we decided to take refreshment before turning back to St. Julians and at that point we realized we were so thrilled when we arrived to Valletta that we totally forgot to ask about turning back ferry schedule.
We asked the girl in the café if she knows when the next ferry is for turning back and we got a shocking answer that there is no more ferries for that day. (Ooops!)

While we were a bit in a panic discussing where to go to spend night and counting the money we had with us we saw one ferry coming. It turned out to be the LAST ferry that day. Oh, what a relief! We were so happy that we actually managed to catch the ride back to St. Julians. The luck was at our side.

Although it was more than complicated to get to Valletta and back, I am happy I had a chance to visit this modern and interesting capital. Rich history, a lot of nice baroque architecture and stories to tell made the whole adventure of getting there worth it.

I can’t wait to go back and explore more of Malta one day. I would really like to come back and visit the islands of Gozo and Comino, too.